THE DIFFERENCES BETWEEN STRATEGY AND TACTICS IN UFC EXPLAINED BY MILITARY 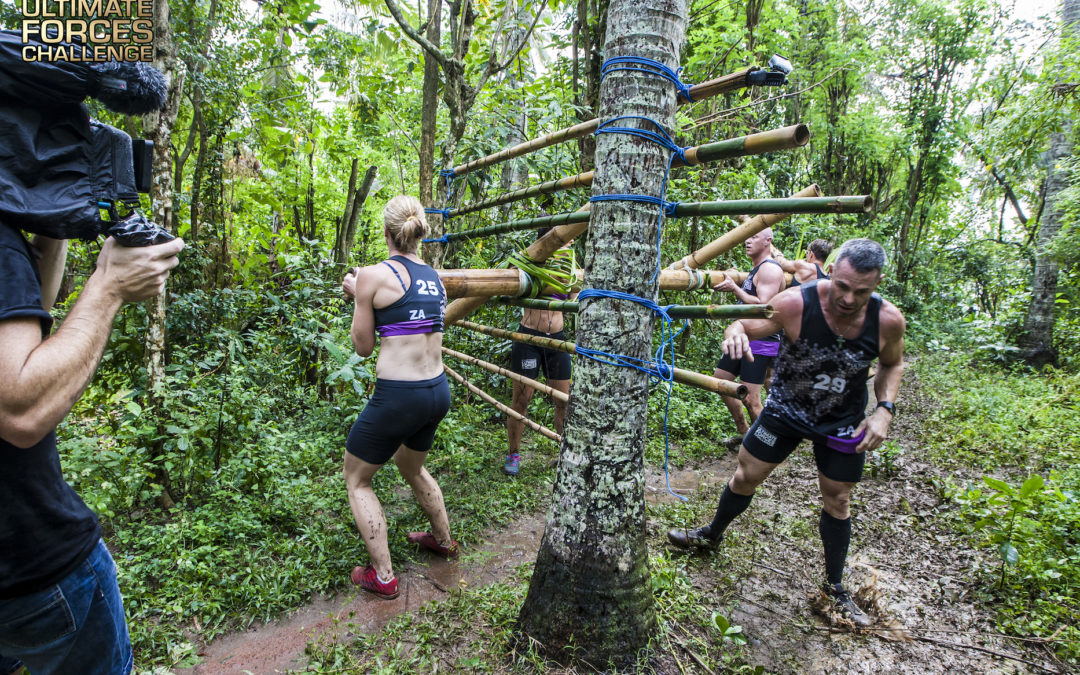 Too many people use the terms ‘strategy’ and ‘tactics’ incorrectly or even talk about a particular ‘thing’ or topic as being both a good strategy and tactic. Usually, this is actually referring to a tactic but the person likes to throw in the word strategy because it sounds cool, they don’t know better or believe it somehow implies a deeper thought process and means more…

Not any more. No more excuses.

There are unquestionable and very fundamental differences between strategy and tactics and these will be clearly detailed in this article. Not only are these words used poorly and often interchangeably, but a poor understanding of the meaning of the words can inhibit or mislead a persons overall training outcomes and objectives. It can muddy a persons goals and lead people down the wrong path. Sometimes, years can be spent training a certain way or in a certain system that is not really in line with their long term overall goals, purely because the meaning of ‘strategy’ and ‘tactics’ is not clearly understood. 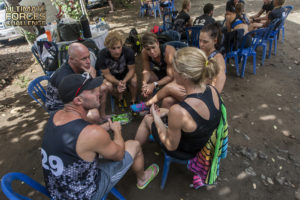 …the art of disposing armed forces in order of battle and of organizing operations, especially during contact with an enemy.

Simply, it is the art of disposing armed forces, especially during contact.

Tactics are those short term decisions and actions that give a combatant an advantage during combat or that time immediately prior.

Tactics include, but are not limited to, the following:

This list is not exhaustive. Tactics are where the action is. Tactics are those actions and decisions taken with a short term focus. Tactics are right in the thick of an encounter or just prior to it happening or potentially happening. For many people, tactics are where the juice is. It is what they love. It is often quite enjoyable to watch a sport fighter fight who is a very good tactician. There is a lot going on. You can see them setting up their opponent. They are often referred to as smart fighters. They think. They utilize tactics and do it well.

TACTICS AND A ‘GAME’

Of note, many sport fighters are certainly not good tacticians. Instead, they use their exceptional power or techniques. They have very good tools and they know how to use them. This could be in the form of combinations that work for them, superior quickness or an unstoppable takedown followed by submission or ground and pound.

These combinations of moves that work well for them are a basic form of rigid tactics. As an example, they will punch high for a while and when the opportunity presents itself, they know they will go for the takedown. This rigid form of tactics is what is referred to as a fighters ‘game’. They have a game plan they are going to follow. It is like a strict system of tactics that are tied together. Once a talented fighter with great tools has a good ‘game’ that works for them, watch out. They can be very hard to beat, even for a fighter who utilizes a more fluid implementation of tactics. 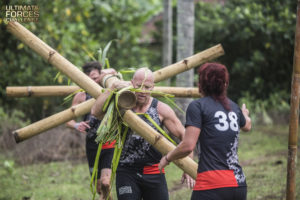 TACTICS ARE WHAT MOST PEOPLE FOCUS ON.

It is what many people are good at. It probably makes up around 99% of a persons training time. It is what we do when we ‘do’ training. We drill, we spar, we roll, we compete etc. Most people have a pretty good appreciation of what tactics are and how to train in order to develop and enhance them. The mistake is, many people call some tactics, strategy. This is incorrect.

WHAT IS A STRATEGY?

Ok, we understand what tactics are now, so what is a strategy?

…a plan of action or policy designed to achieve a major or overall aim.

Strategy happens away from the action. If you are involved in a violent encounter, you are not using strategy, you are using tactics. Hopefully good ones and hopefully to a good standard.

Strategy happens when you think about something deeply over a period of time and make a deliberate decision. This could be a goal or plan or whatever. These could be medium term but are generally long term. Even very long term. These deliberate decisions or goals are what drives everything else. Implementing a strategy often takes work and effort. It can require a detailed plan as to how you are going to reach your strategic goal.

It is often hard work to make something achievable. That is one of the reasons few people engage in strategic thought and implement a strategic action plan to get things done in accordance with strategic aims. Its all too easy to place it in the too hard basket for a while and then go back to doing whatever you feel like on spur of the moment decisions or just follow what everyone else is doing. Following this pattern, it is very unlikely you will by accident end up where you want to be.

In a martial arts or self defence context, deciding you want to learn how to defend yourself is very much a strategic decision. And an important one at that! However, too many people leave the strategic thought there and simply begin doing whatever classes are close to them or what their friends do. The basic strategic intent is there, however the implementation of that desired end state is done poorly. The decision of what to learn can impact on a person for years to come. A person may begin going to a certain class for 4 to 10 years or even longer. We are talking about a long time. But is that class really well suited to the students desired end state? Their strategic aim?

The issue largely stems from a beginner not really understanding violence and violent crime, so any decision they make at this early stage is likely going to be ill informed. As time goes on and the new student learns more about that violence they have made a decision to prepare themselves for, better decisions can then be made. Improvements to previous decisions can be made. The implementation of that strategic aim can improve over time.

A persons overall goals can change, so their strategic direction will change accordingly. They may change from wanting to be able to defend against a real attack to wanting to understand a certain culture and art they have since fallen in love with. As strategic goals change, their plan as to how they want to achieve those goals needs to change as well. 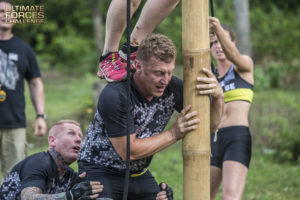 Another persons overall goals may harden.

They may be more interested in the area of human to human violence and may want to learn more and more and pursue the worlds best practises and concepts in that field. This persons overall strategic goals don’t change, but their plans about how they are going to pursue them, will. It will become refined over time and more targeted and informed. The implementation of the strategic plan will improve as knowledge of the subject improves.

After identifying an overall strategic goal (and this may take some time to consider), a strategic plan is developed as to how that strategic goal is going to be realised. That plan is then implemented into ones life and is followed. This becomes a persons training routine. In that routine, classes and seminars are gone to, books are read and thought is undertaken.

Done properly, these lessons directly contribute to moving towards achieving those strategic goals.

One of those areas that are developed whilst actioning our strategic plan is tactics. We learn tactics at our classes and whilst studying. With a properly implemented strategic plan, these learnt tactics will be very relevant to our desired strategic goals.

This ensures what we learn is what we want to be learning.

If we did not make well considered strategic decisions we will likely not come across those lessons that we desire which includes our understanding of tactics. What point is being the worlds best at performing a Wushu demonstration when what we really wanted to do was become a proficient boxer? This is just a simple example of how not making those important strategic decisions and sticking with the intent can lead one easily down some other path that seemed interesting enough at the time but became all consuming as friends were going there and the people were nice and friendly. 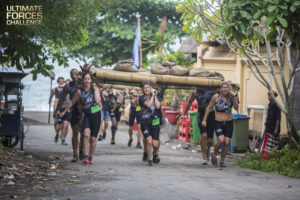 Along the path, knowledge can increase strategic understanding and provide direction as to how our routine will best facilitate learning.

Here are some strategic issues and areas where knowledge can drive understanding and appropriate training which will likely lead to relevant tactics being learnt:

The above is not an exhaustive list. These are just some big picture considerations that could be seen to be useful in driving some training methodologies that would be most relevant to a person for THEM and not a one size fits all. Once knowledge is gained and strategic direction is followed, look out. Such a person would be well on their way along the path.

The importance of strategy does not only need to apply in the martial arts or self defence context. It can apply anywhere. Think of a long term goal and work towards what is truly important to you. That is strategic thinking and strategic action. Along the way, you will learn tactics that work for that particular strategic field.

This article has demonstrated some of the clear differences between strategy and tactics. The differences are obvious. When you hear people use the terms incorrectly now, it will be loud and obvious. Harnessing the power of strategy is the most important thing. Tactics follow strategy. Strategy drives a good understanding of tactics.

Strategic subjects are generally those which are written about on this site. Most articles here are about bigger picture areas of what we call Low Tech Combat. To us, this is the most appropriate use of the written word on the internet. Tactics are best learnt in person from another person. However, too many people are engaging in training that does not really follow their overall intent. And that is a shame.

Strategy must come first in order to facilitate informed decisions and appropriate training.