We are Ultimate Forces Challenge

The Ultimate Forces Challenge is a unique outdoor sports and survival competition for M/F teams. Organized since 1999 and during the years very successful going global.

During the event the selected country team contestants have to perform in a number of 10-15+ outdoor disciplines. In general, the 15+ disciplines were designed to test advanced top level ready sportsmanship, planning, strategy, climbing techniques, team work, time management, endurance, team cohesion, speed, maneuverability tasks under stress, breaching skills, communication, etc. And a number of physical disciplines and exercises to test your skills and perseverance. Since the start in 1999 sport disciplines are announced by name only, leaving the actual details a mystery for the contestants until arrival on the day to perform.

Competition sequence: The Ultimate Forces Challenge competition consists of the application e.g. pre-selection round, selection/training round, semi-final and final contest.

On television: Footage of this yearly held outdoor sport and survival event is edited and created for online VOD, SVOD and television broadcasting purposes. The Ultimate Forces Challenge is a series of 16 – 32 episodes and is broadcasted in HD worldwide Online.

The finals are held each year on an unique location somewhere in the world. Previous editions have taken place in the Netherlands, Belgium, the island of Malta, the Caribbean and Indonesia-Bali broadcasted by AT5, SBS, Yorin, RTL and the upcoming series on Amazon Prime.

In 2022 an International competition will be held with former and new participating countries on a special location with 5 contestants of each country, exclusively broadcasted on the UFC Online platform with Vimeo and global via VIMEO and Amazon Prime. 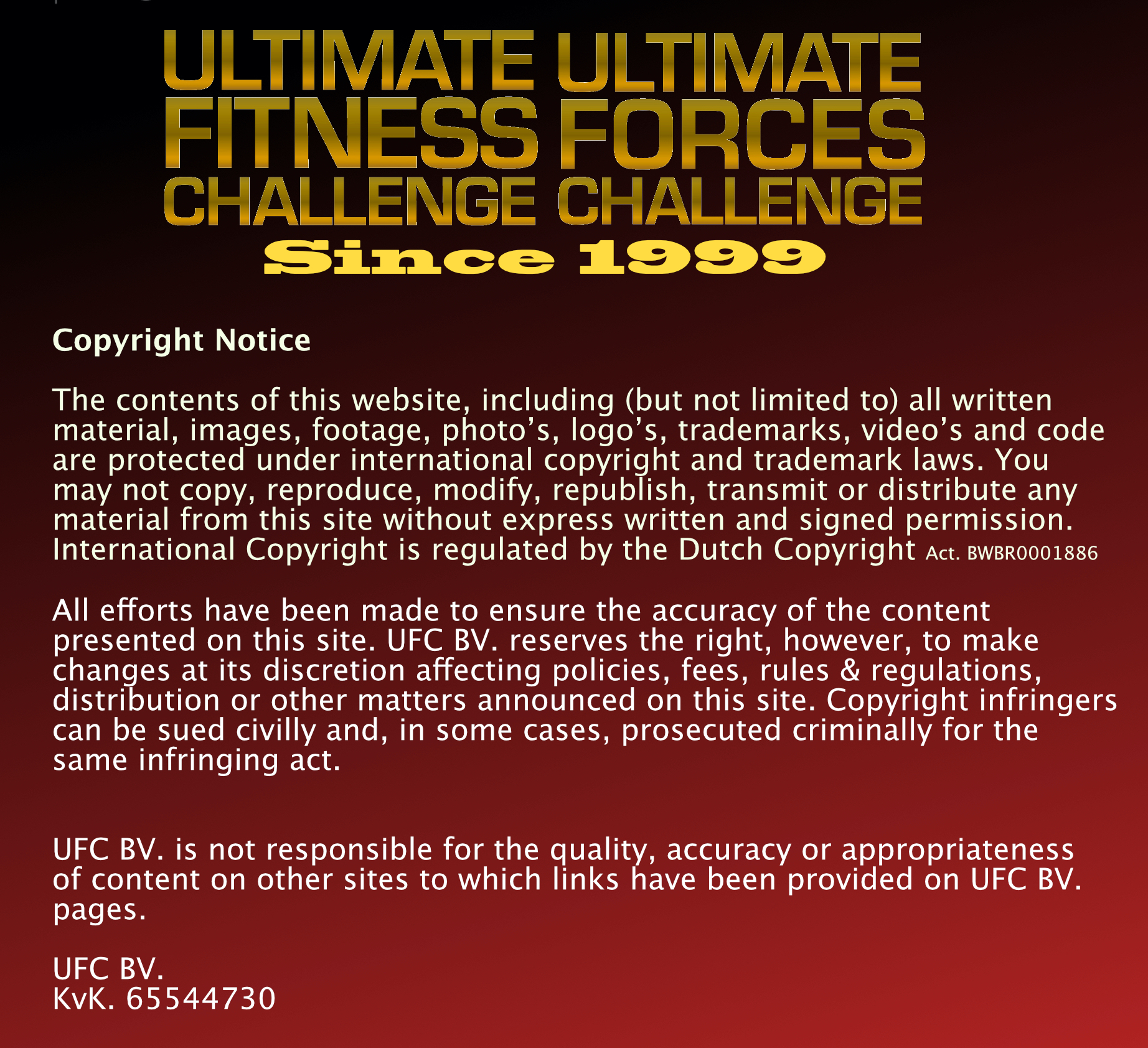