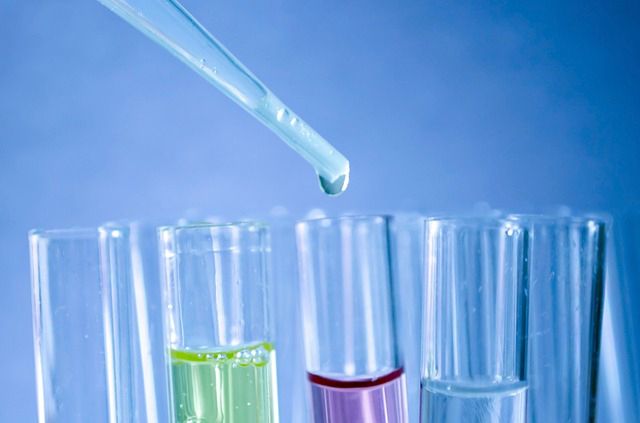 Michael Joyner ponders the balance of evidence and suspicion in doping.

Amby Burfoot has an article elsewhere on the RW site today about a new study that makes a statistical argument that Paula Radcliffe’s marathon world record of 2:15:25 is equivalent to a sub-two-hour marathon for men.

Meanwhile, there’s been a lot of doping in the news lately, from Rita Jeptoo to Mo Trafeh to Jon Drummond to allegations of systemic corruption in the Russian system and even the IAAF.

Are these two thoughts connected? Certainly, the doping news makes you start to wonder whether every exceptional athletic performance should be automatically greeted with suspicion. That’s a question I’ve been bouncing around with a few friends via e-mail in recent weeks, including b

oth Amby and Mayo Clinic physician and physiologist Dr. Michael J. Joyner, one of the authors of the new Radcliffe sub-2:00 study. Mike agreed to bring together his thoughts on the “Are they all suspects?” question in a guest post for the blog. He draws some connections and comparisons that you might not expect; it’s definitely worth a read. (I add a few thoughts at the bottom.) 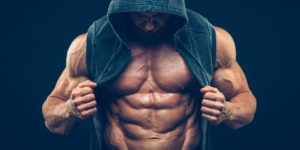 It has been another bad year for doping, on top of perhaps a bad 50 or 60 years.  The “bullet points” go something like this:

Everyone is a suspect

The collection of bad juju outlined above has made some or a lot of people very cynical about almost any exceptional performance. In fact the uber-running site LetsRun.com did an unscientific poll of opinions related to what performances are clean or “dirty” that came up with all sorts of interesting data on perceptions of numerous current and former world class athletes. The chart below was done in early 2014 showing that the older the record, the greater the suspicion (click here to see the full-size original chart):

How long should a record last?

Some have argued that records should eventually last for a long time as humans reach the biological limits of performance and maximize all the marginal gains from technical and equipment innovation. Leveling off appears to have already happened for race horses and greyhounds. These animals have literally been bred for speed over centuries and the records for all of the Triple Crown records were set by Secretariat in 1973. 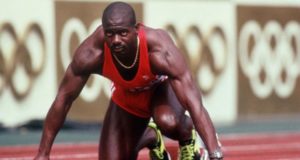 Dr. Rickey Carter (my collaborator on statistical issues) and our team have analyzed the data for men’s distance running and while things are leveling off for the 5k and 10k, the marathon record just “keeps dropping”. Rickey also tells me that when he “solves for two hours” using the marathon record data he generated the graph below. The gap from the late 1930s to 1947 is due to World War II. Starting with either 1980 or 2000, the world record is being lowered in a nearly perfect linear function, with perhaps a slight progression in the rate of lowering after 2000. If this trend continues, he estimates that the two-hour barrier might fall between 2029 and 2035. So two hours could happen relatively soon, but maybe not so soon as people think.

Going from just under to 2:03 to under 2:00 would be about a 2.5% bite out of the record and a bite that big in a single race has not happened since the 1950s. However, in 1965 the legendary Ron Clarke – who almost certainly had to be running clean –broke the world record for 10,000m by about 36 seconds or about 2.1%.  Clarke won the race by more a minute and a half. His record, set on a dirt track, lasted for about seven years and was broken on a modern synthetic track. People argue about the speed value of a synthetic track with estimates ranging from a second per lap as a rule of thumb to as high as perhaps 3% for an optimally tuned track. Convert Clarke’s time and his record would have lasted until at least the late 1980s, and perhaps as long as the middle 90s. Oh by the way, by the early 90sit was clear that EPO enhanced performance and by the middle 90s elite cyclistswere certainly using industrial strength doses of it.

You can make essentially the same case for Jim Ryun’s 3:51:1 mile world record set on a dirt track in 1967. He won by a huge margin, there was no pacer and if you give him 3% it converts to a time that is remarkably close to the current world record which was set in 1999 by Hicham El Guerrouj.

The women’s world record for the Marathon is 2:15:25 by Paula Radcliffe set in 2003, and like Clarke’s 10k time from 1967, it is an outlier. In fact my colleagues Sandra Hunter, Andy Jones and I have argued that her record is the equivalent of a sub 2-hour run for women.  Radcliffe has been outspoken about doping but the first chart above shows that many who follow running have their doubts. Her marathon time is about 4.5 times her 10k personal best, and top runners usually have marathon personal bests about 4.6 or 4.7 times their 10k bests; however several notable male runners have been 4.5ers. Based on the analysis of the Clarke and Ryun records it will be interesting to see if her record lasts 20 plus years.  My guess is that the skeptics will feel a lot better about a woman doing 2:15 if and when women’s times in the 2:16 to 2:17 range become routine in the big marathons and there is increased confidence in doping control.

Some examples from swimming

Janet Evans set a world record in the 1500m swim in 1988 that stood until 2007.  Her record was broken with the advent of high tech drag-reducing suits which have since been banned. Evans also improved the world record by about 12 seconds in two bites or about 1.2%.  Over the last two years, Katie Ledecky has lowered the 1500 world record by about 14 seconds, or about 1.5% without the help of a drag reducing suit. Incredibly her record is nearly 24 seconds faster (about 2.5%) than the record set by Evans 26 years earlier. In the case of Evans and also Ledecky, from what I can tell there has never been any serious speculation about doping by either. Most people (me included) are simply awed by their accomplishments.

Are they all suspect?

Back to the original question, are all exceptional performances suspect? The short answer is that for a lot of people the only answer is yes. Based on the recent history of exceptional performances and the fact that so many have been directly or indirectly linked to doping the skeptics are certainly justified. However, I just want to remind people that sometimes records are broken by large margins by athletes who by all accounts are clean. The picture below is of Bob Beamon breaking the world record in the long jump by about 6% in 1968 at the Mexico City Olympics. His only ergogenic aid was a shot of tequila the night before his jump. Beamon’s record lasted until 1991 when it was broken by Mike Powell, who still holds the record. A long time — but then, Jesse Owens held the record from 1935 to 1960.

So what exactly is Mike’s conclusion? Obviously he sees both sides of the debate. That’s pretty much where I come down too: it’s reasonable and rational to consider all exceptional performances suspect, but it’s also important to remember that some turn out to be real. Anyone who closes their mind to either possibility either has hidden evidence that the rest of us don’t have access to, or is kidding themselves.

Of course, what you do with that ambiguity is up to you. I don’t love it, but I can live with it. I look at out-of-this-world performances like Wang Junxia’s 10,000-meter record with extreme skepticism because of the circumstantial evidence surrounding it (her coach, for example, was subsequently banned for doping his athletes). Whatever suspicion attaches to Radcliffe’s record, on the other hand, is primarily because it’s so fast. Perhaps that will change if new evidence emerges — or perhaps, as Mike suggests, the performance won’t seem quite so crazy in a decade or two once other women have reached the same ballpark.