Injured Runner—and How to Cope 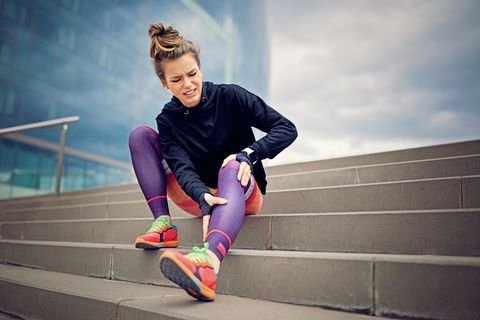 You’re not alone in feeling alone—or in questioning your identity. Here’s how to go about reclaiming it.

Any runner who’s ever been injured—and statistics suggest that at some point, that’s many of us—knows strains, sprains, and stress fractures don’t just affect your body. They also mess with your mind.

For our new book Rebound: Train Your Mind to Bounce Back Stronger from Sports Injuries, certified mental performance coach Carrie Jackson Cheadle and I talked with dozens of athletes—including elite, Olympic, and recreational runners—about their injury experience. Nearly all of them had dark moments, times when they coped with self-doubt, depression, frustration, anxiety, or fear. 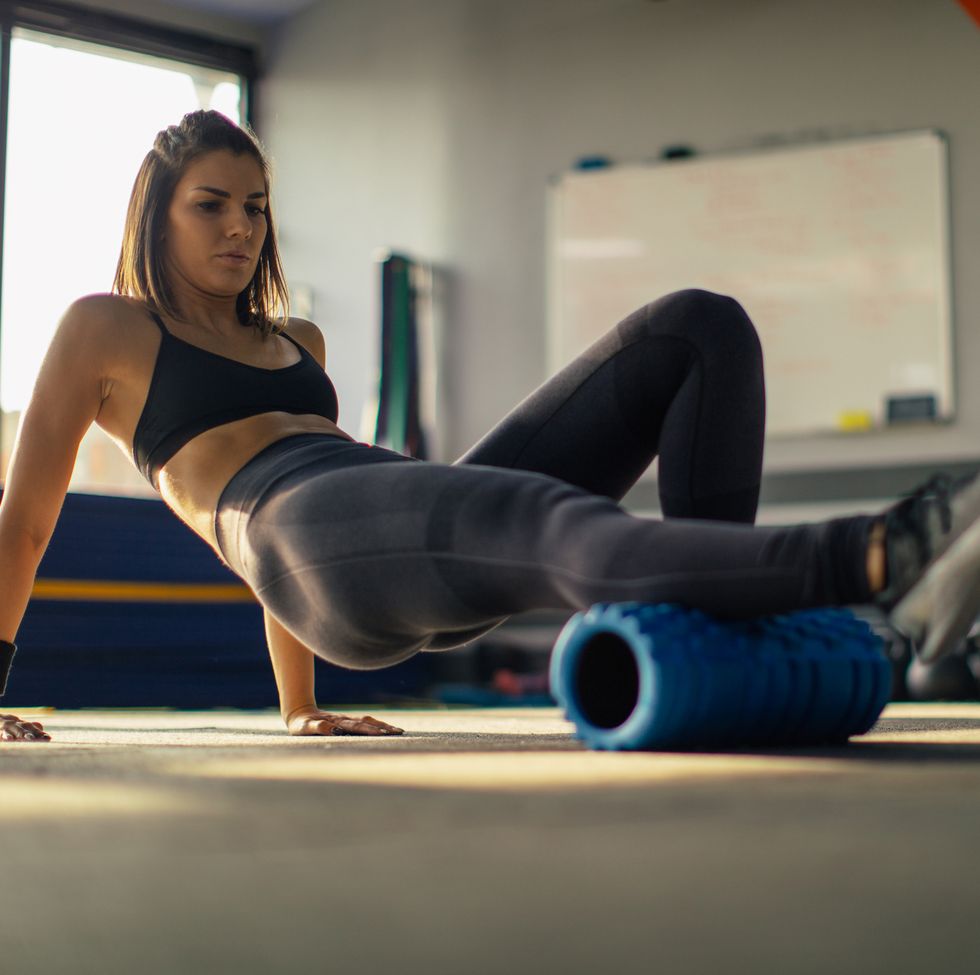 You can’t always stop these negative thoughts and feelings from surfacing. But what our interviews and research for the book demonstrated—and the sport psychology literature reinforces—is that you don’t have to allow them to consume you. You can respond with active steps that may even influence your physical recovery.

For instance, one study, which was published in the Journal of Sport Rehabilitation, found athletes who deliberately practice mental skills like imagery, goal-setting, and self-talk believe doing so speeds their rehab. Working on your mental game when you’re injured may even allow you to come back a better and more well-rounded athlete. “Whether you’re ready to see or not, you actually have an opportunity here,” Jackson Cheadle says. “How do you want to use that?”

Here, five common thoughts that plague sidelined runners, and specific ways you can address them to not only come back, but rebound stronger.

Injury can swiftly take our minds on time-traveling journeys. In some moments, we go back to the past, wishing we’d listened to a niggle or steered clear of a stumbled-over pothole. Or, we zoom ahead to the future—usually a dire one, where we’re running poorly or not at all.

Begin countering this thought by challenging words like “never” in your internal vocabulary. “It’s so strong and permanent and finite, and not something we need to include in our self-talk,” says Angie Fifer, Ph.D., a Pittsburgh-based ultrarunner, triathlete, certified mental performance coach and executive board member of the Association for Applied Sport Psychology.

Instead, ground yourself by focusing on the present. Each time this thought arises, pause, take a deep breath, and tell yourself, “You don’t know the answer to that in this moment,” Jackson Cheadle says.

To visualize this shift, picture your energy as a tangible presence, she says. Perhaps it looks like string or a glowing force field. Imagine it reaching out to all the times and places you’re worrying about, from back to the rock you tripped over to forward to the race you’re missing.

Then envision yourself pulling it back toward you and using it to take action right now. For instance, book a doctor’s appointment, do your physical therapy exercises, or use meditation or another relaxation technique to reduce stress and focus on healing.

Even one small positive action can drown out fears with an infusion of self-confidence and accomplishment, moving you forward. “If you feel like, ‘Hey, I’m making progress,’ those emotions can then drive behaviors in powerful ways,” says Les Podlog, Ph.D., an educational sports psychologist and researcher at the University of Utah.

2. I’m all alone; no one understands what I’m going through.

Many injured runners report feeling isolation—and it’s not hard to see why. When you’re sidelined, you’re missing out on bonding time with your training partners. Meanwhile, your other friends and family may have a hard time grasping why you’re so upset. 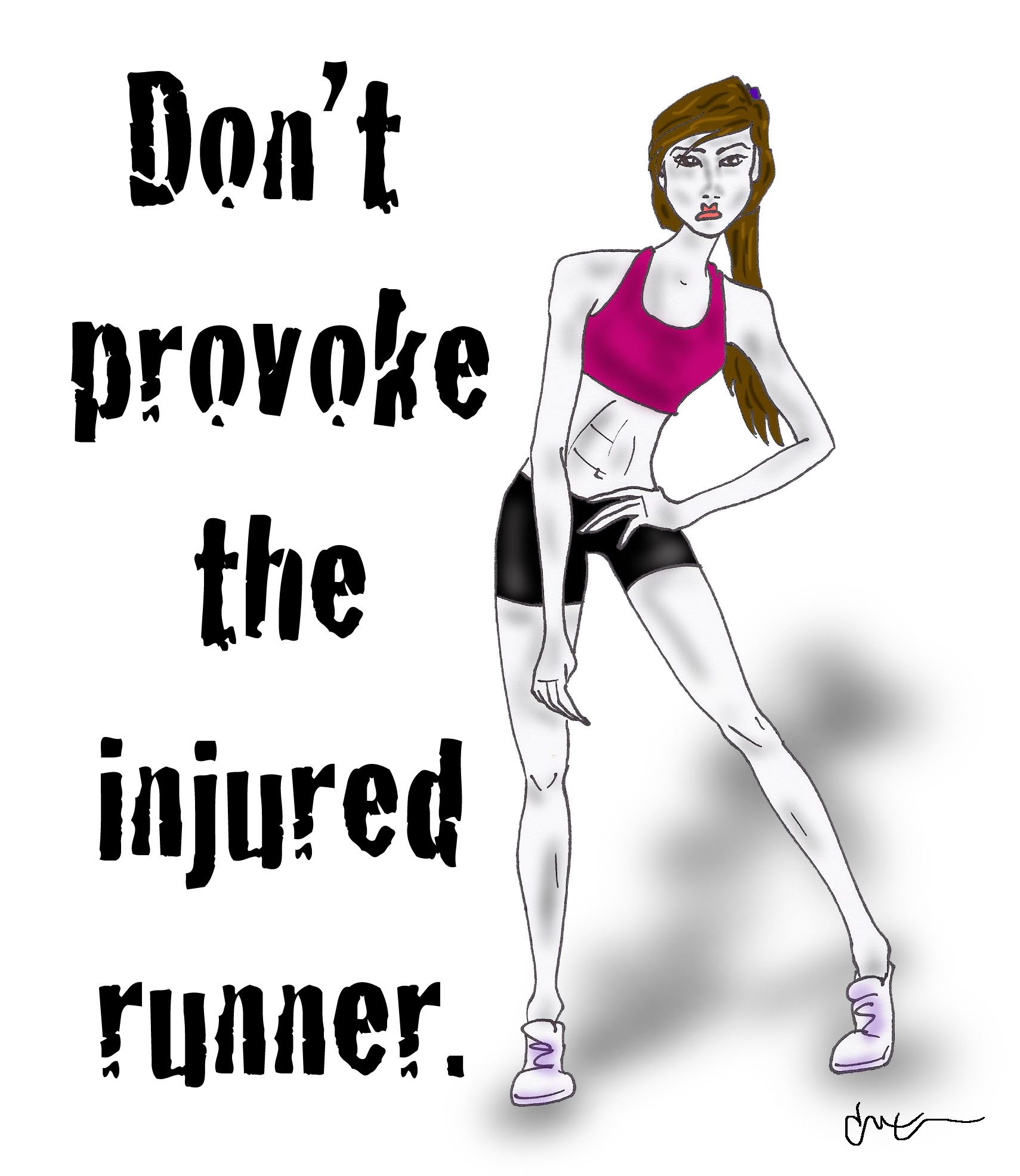 But all injured athletes need emotional support, people who can listen with compassion. To find it, connect to others with similar struggles. “There are people who understand you. They just might not be the people right in front of you at this moment,” Jackson Cheadle says. One place to find them? The Injured Athletes Club—a Facebook group we created where you can connect, commiserate, and celebrate progress with other people who get it.

You can also take this opportunity to deepen non-running relationships. “We all have things we maybe said no to because we had that morning run coming up,” Fifer says. “During injury is a time when we can maybe say yes a little bit more and reconnect with other friends.”

Finally, don’t write off your running buddies, even if it feels like they’re avoiding or excluding you. Often, they just don’t know how to react. Reach out and ask to join postrun coffee or beers, or to catch a movie. The sweat bonds formed over long miles usually translate into other situations. You just might have to make the first move, Jackson Cheadle says.

3. I’m losing fitness while everyone else is gaining it.

Sure, if you measured only your Vo2 max or your mile time, you may indeed slip a notch or two. Running, like all sports, involves comparison. So it’s tough to shake the notion that sitting out means falling behind, Podlog says.

But focusing only on what you’re missing obscures the opportunity injury provides. Consider this: Time off of pounding allows all your joints, muscles, and bones a rest, healing chronic aches or warding off other impending issues, Fifer says.

Your fitness will come back with time. But right now, recovery is your sport, Jackson Cheadle says. While you might not be up for track workouts or long runs, you can focus on other ways to boost your performance when you return.

For instance, if your medical team has cleared you for core work, tackle it. Later, you’ll better maintain your form when you fatigue at the end of a long race. Never used imagery? Try closing your eyes and picturing yourself running smoothly and pain-free. “We don’t store those images in an image folder in our brain, we store them as reality,” Fifer says. “They gives us some mental reps toward racing and training and running well.”

Take Shalane Flanagan, who won the 2017 New York City Marathon after taking weeks off the prior winter for a sacral stress fracture. Later, she said the injury experience was critical to her success. She and others like her, including those in Rebound, stand as proof positive injury can represent an opportunity to come back stronger.

4. Other people have it so much worse; I don’t even deserve to be upset about this.

Many injured athletes, especially non-professionals, come to Jackson Cheadle feeling bummed out, then ashamed or guilty on top of it. “People will say, ‘It’s not like this is how I make my living. I shouldn’t be this upset,’” she says.

But regardless of your sponsorship status, running clearly holds meaning to you. When it’s taken from you, even temporarily, give yourself permission to feel upset without judgment, Kamphoff says.

Besides, emotions like anger, frustration, and disappointment don’t disappear when you deny them. They often linger longer when suppressed. Instead, let them out by talking to someone—a friend, family member, or a sport psychology or mental skills consultant (you can find one through the Association for Applied Sport Psychology), she suggests. Journaling or getting your thoughts out into a recorder or your phone’s voice memo app may help too, according to a recent study in the Journal of Applied Sport Psychology.

At some point, putting your situation in perspective may serve you well in moving on from your disappointment. “One strategy is to think, ‘Well, life could be a lot worse,’” Kamphoff says. “But I would pay attention to, how does that make you feel?” If the sentiment adds to your distress rather than relieves it, it’s okay to take a different tack until you’re ready to consider the bigger picture.

No matter your level, if you’re committed to running, injury “can challenge one’s sense of self in pretty profound ways,” Podlog says. You may wrestle with big questions: “What does the sport represent—is it something you do, or is the sum total of who you are? It’s hard.”

If you feel overwhelmed—or have sadness that won’t lift or thoughts of hurting yourself—don’t hesitate to seek support from a mental health professional, preferably one who works with athletes. Turning to the pros for the mental side of injury is akin to enlisting doctors and physical therapists to treat muscles, joints, and bones. “Asking for help is not a sign of weakness; it’s a sign of strength,” Kamphoff says.

On your own, reframe injury part of your athletic journey. “Just because you’re not running doesn’t mean you’re not an athlete,” Jackson Cheadle says. “It just means all the energy and time and resources you are putting into running now needs to go into recovery and bouncing back.”

You also aren’t any less of a runner if you dedicate some of your time to exploring or reconnecting with other interests while you’re sidelined. Fifer advises athletes to draw the parts of their lives like a pie. Running might occupy a larger slice when they’re healthy and training hard and a smaller one when they’re coping with an injury. If so, they can then expand other areas to make up the difference.

“What we don’t want to do is just let it feel like the plate’s empty,” she says—then, negative emotions may progress to depression, anxiety, and other more serious issues.

Jackson Cheadle agrees: “When somebody has high athletic identity and they get injured, it can feel like their whole world crumbles.”

However, if you also relish roles as a spouse, parent, musician, or artist, you have multiple ways to feel accomplished and successful. Your sense of self-worth doesn’t take such a hit each time you hit a setback in one domain—leaving you with a level of confidence that strengthens you as an athlete and person.