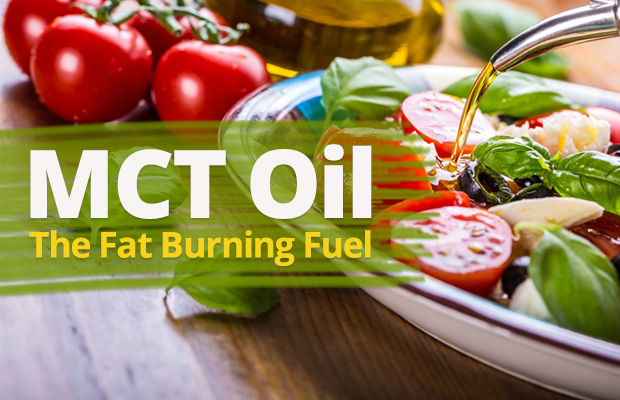 This fatty acid is a popular staple in the keto diet. Here’s what you should know.

If you’ve dipped your toe in the ketogenic diet, you’ve likely heard of MCT oil. But for those who haven’t, MCT oil is a source of medium-chain triglycerides—a fancy term for a type of fat—that’s been dominating the health food and supplement market lately. Examples of MCT oils include coconut and palm kernel oils, both of which are made up of about 50 to 60 percent MCTs.

As with many health trends and fads, fans of MCT oil boast its numerous health benefits including rapid weight loss, improved brainpower, and boosted athletic performance. But we tapped sports dietitian Kristen Chang, M.S., R.D.N., C.S.S.D., to weigh in on MCT oil and what athletes really need to know.

MCT oil has become popular thanks to the ketogenic diet. Long before the keto diet was adopted for weight loss, it was used (and still is) to help people suffering from epilepsy. MCT oil, Chang says, is thought to help keto users stay in a state of ketosis, even when consuming more carbohydrates than normally is allowed. This idea suggests that MCT oil could be linked with rapid weight loss.

Beyond its role in the keto diet, MCT oil tends to be absorbed more quickly thanks to its medium-length fatty acids, making its energy immediately available. “They’re believed to serve as an instant energy source and not be stored as fat,” Chang says. But she points out that the available research that suggests MCTs may not be stored as fat is limited and inconclusive.

As a whole, Chang says, the evidence that supports the superpower strengths of MCT oil is limited and inconclusive at best.

With regard to MCT oil and the keto diet, Chang says: “The key thing for people to know is that people with epilepsy who undergo that diet [which is what it was originally designed for] are not on it for the long-term and are under the guidance and supervision of a medical professional. They’re watched very closely.”

While it’s true that MCTs are absorbed more quickly in the body and have about 10 percent fewer calories than long-chain triglycerides (LCTs)—which are found in heart-healthy omega-3s—that isn’t necessarily a good thing.

When your body uses MCTs as a quick source of energy, Chang says, it means it isn’t using its own fat stores. “MCT oil is rapidly digested and a great source of instant energy, but the downside to that is that you’re reducing your body’s ability to burn its own fat,” she says. 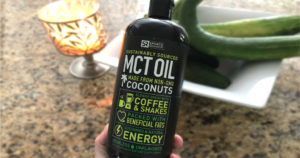 In other words, you’re introducing a substance that interrupts the way your body’s metabolism would function otherwise. And while you may get fewer calories from MCTs compared with LCTs, LCTs are the heart-healthy unsaturated fats found in avocados, olive oils, and nuts, that we know are good for our health as a whole.

“MCTs are not really talked about with regard to an overall health benefit. They’re associated with boosting metabolism, but that’s about it in terms of ‘health’ benefits,” Chang says. “Really, the only ‘healthy’ fats are unsaturated fats, and of those, mainly omega-3 fatty acids.”

When it comes to improved brain function, Chang says, there is a small area of research that suggests it may be helpful in people with Alzheimer’s disease. “That’s mainly where it’s studied right now but even with those studies, it still feels like more research is needed, and we can’t draw definite conclusions,” she says, pointing out that omega-3 fatty acids have also been tied with brain benefits.

Like with many nutrition products that claim rapid weight loss or quick fixes, they’re often not backed by strong scientific evidence and thus, too good to be true. “There are healthier and better ways to achieve some of these same objectives,” Chang says.

For example, eating a diet high in fiber and lean protein can help you feel full longer, while also providing your body with the fuel it needs to run and recoverwell. And exercising is the ultimate healthy way to burn more calories, rather than relying on a fatty oil supplement, Chang says, pointing out that adding MCT oil to your diet means you’re adding calories from fat.

“If the rapid weight loss claims are true, it boils back down to sustainability,” Chang says. “Can you sustain this, and is it healthy to sustain over the long term? Based on what I see, most likely not.”

Coconut oil and palm kernel oil are other ways to add MCTs to your diet, but your best bet for improved brain and heart health, reduced inflammation from physical activity, and feelings of satiety, Chang says, is consuming unsaturated fats.