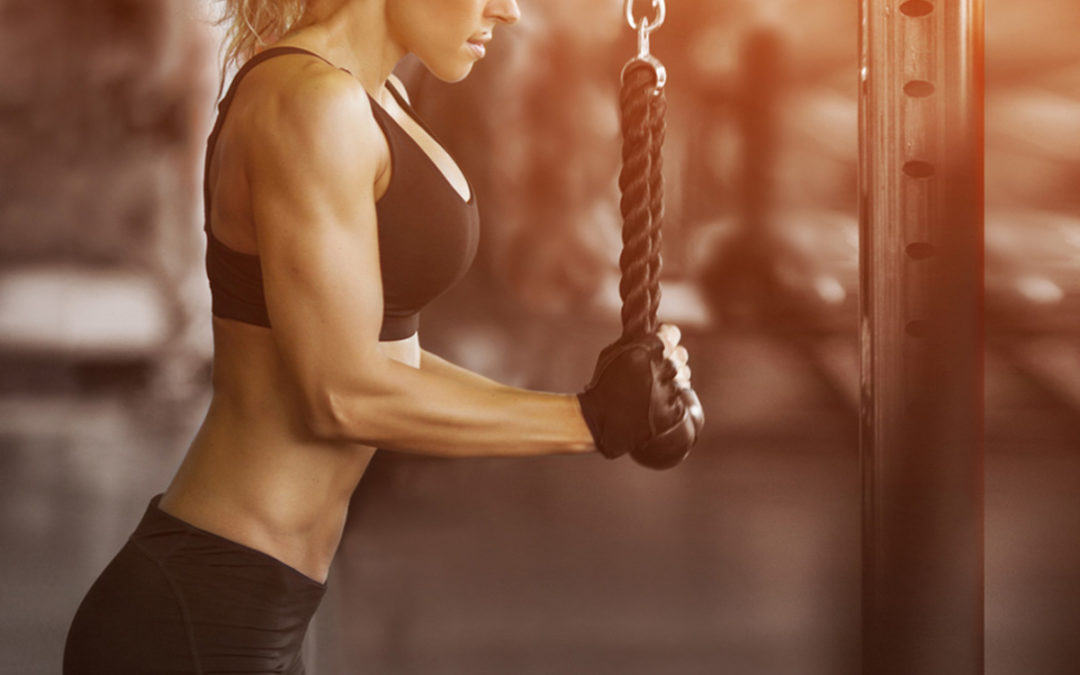 Evan Peikon is a coach, physiologist, and educator at the Training Think Tank HQ in Atlanta, GA. He has experience working with athletes on-site and remotely across the U.S. and internationally. He shares his knowledge and training philosophy via Training Think Tank educational courses, as well as in his daily writings on IG @Evan_Peikon.

What are some practical recovery guidelines for athletes in a world where there are many directions to go with this aspect of performance? 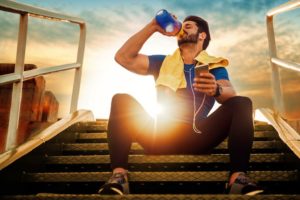 : In my experience, the things I have found that truly work are the fundamentals done consistently. This includes things like sleeping 8-10 hours per night, managing food quality and quantity, consolidating life stressors, managing one’s light environment, spending time in nature, and having some form of human connection or positive social interactions regularly. Often, athletes want to find the next best thing like cryotherapy, photobiomodulation, and so forth, but forget about the fundamentals.

The best athletes do these things all the time and indwell the principals everyone else knows they should practice, but forgo in search of a magic potion that will get them results. It reminds me of the adage that just because the solution to a problem is simple, it doesn’t mean it’s easy. The habits that elite athletes embody aren’t that complicated, but they are difficult to stick to day in and day out.

This is the reason people either don’t commit to doing them long enough to see results or try to find some complicated voodoo protocol that looks cool on paper, assuming that complexity and novelty = efficacy. It’s like when you read a top investor’s tips for wealth management, thinking they know some secrets that you don’t, but it’s the same advice you heard in Economics 101 in high school. The trick is they actually do those things, whereas most people know what to do and choose not to do it anyway. 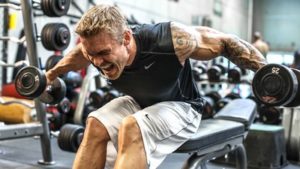 Instead of looking for the “next best thing,” make sure that you’ve mastered the basics and practice the fundamentals. CLICK TO TWEET

For too long now, we’ve focused on the details, the finishing touches, the small things that may or may not work. Why be concerned with whether or not cryotherapy and ketosis will improve recovery when you sleep six hours and haven’t seen the sun in a week? My advice for my athletes is to forget the hacks and stop trying to find secret recovery tactics that will lead you to success without effort. Instead, get back to the basics and do them consistently day in and day out. Once those are mastered, then we can begin to micromanage and experiment with “fancy” protocols if there is still a need to improve recovery.

What are your thoughts on “muscle damage” and adaptation for athletes? Is this a necessary part of hypertrophy or an outdated model?

: In the past, I would have stated that mechanical tension, metabolic stress, and muscle damage are all viable means for eliciting muscular hypertrophy. However, after spending time digging into the contemporary hypertrophy research and better understanding the mechanisms by which a muscle hypertrophies, I’ve begun to change my tune. 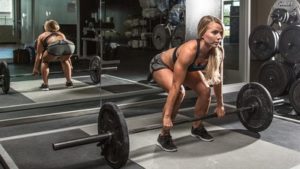 My current belief is that muscle damage is a side effect of strength training that involves repeated muscular contractions (i.e., hypertrophy-focused training), rather than a contributory factor for hypertrophy. This is counter to what I believe to be an outdated view that muscles grow because they are damaged, which assumes that the growth process involves “breaking down” muscle tissues and “building” them back up in response to that stressor.

The vast majority of training I give athletes with the sole intent of increasing muscle mass focuses on mechanical tension and metabolic stress, not “muscle damage.” CLICK TO TWEET

As it currently stands, I believe mechanical tension is the primary factor needed to elicit hypertrophy. Metabolic stress can play a secondary role in this process, as it sensitizes the muscle to, and leads to the generation of, mechanical tension. As a result, the vast majority of training I give athletes with the sole intent of increasing muscle mass focuses on these two factors—muscle damage may be a by-product of some of this training, but it is not something we actively look to pursue. 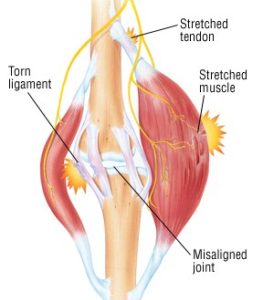 What is your philosophy on muscle tension, training, and tapering?

: In my opinion, the management of muscle tension is a crucial aspect of an effective concurrent training program during periods where we are peaking an athlete for a competition.

All muscles have an optimal length for force production, which varies based on the desired goal. While our nervous system ultimately regulates all training adaptations and dictates how tension is managed, our muscle spindles provide the input to do so. If muscle tension is too low or too high, you will not be able to generate force optimally for the task. This becomes important when designing a concurrent training program, as the “optimal” amount of muscle tension can vary considerably based on what you are training on a given day. So, if tension isn’t managed, you can show up feeling flat for one session or with too much “pop” for another.

The “optimal” amount of muscle tension can vary considerably based on what you train on a given day—this is important when designing a concurrent training program. CLICK TO TWEET

For example, if an athlete performs too high a volume of anaerobic threshold training, their muscle spindles will optimize tension for this activity, which includes high volumes of low force contractions. This will ultimately lead to suboptimal performance in strength- and power-based activities that require a higher resting tension to perform a small volume of maximal force contractions. Knowing this, it appears that the mechanism by which some individuals appear to lose strength when performing aerobic training is simply mismanagement of muscle tension versus an innate inability to adapt to concurrent training or the feared “interference effect” reported in the literature.

It’s also important to manage muscle tension when designing a peak and taper so that an athlete can perform at the highest level without having to worry about showing up to a race feeling flat or with too much pop. This often requires that you play around with different strategies ahead of time to figure out what an athlete needs in terms of race day tension, as well as what types of adjustments you need to make over a week to get you there. As a general rule, larger-scale adjustments should be made 5-10 days out, whereas smaller adjustments can be made in the days leading into a race.

What is your take on periodization and planning from the viewpoint of energy system development, particularly in endurance athletes?

A common flaw when periodizing training is to create too much polarization between training phases. For example, a traditional block periodization model for an endurance athlete may start with an accumulation phase consisting of a large base of easy aerobic training, followed by an intensification phase consisting of sport-specific training and special endurance work. Then it will finish with a realization phase where the focus is integrative preparedness and event-specific tactics.

While this approach has been shown to work in the past, I do not believe it is optimal, as it does not coincide with how our bodies build, maintain, and regulate adaptation. For example, block periodization structures are concerned with building a given training quality, like an aerobic base, for a handful of weeks, then switching the focus to something like speed in the hopes that the athlete will end up in a better position than when they started.

A common flaw when periodizing training is to create too much polarization between training phases—a better approach is never to drop off any given training quality entirely. CLICK TO TWEET

I believe a better approach is never to drop off any given training quality entirely. Instead, I keep touches on everything at all times, and the relative contribution of each training quality, in terms of volume and time spent on it, will be dictated by an athlete’s priority at that moment, as well as their response to training. I also advocate programming in shorter-than-average cycles with micro adjustments from cycle to cycle based on athlete feedback. These cycles will often be as short as one week, and no longer than three weeks. This allows for more dynamic adjustments and allows me to build things up and then maintain them, versus the classic block style of training where we build things up then move on, potentially letting supportive qualities degrade.

From a 1- to 3-week to 1- to 3-week cycle, it probably looks like nothing changes in the split, as the adjustments are minor, but over months there becomes a clear distinction in training splits/overall design. I liken it to the iPhone: from the first-generation iPhone to the second- or fifth-generation iPhone to the sixth, it appears that nothing has changed, but when you compare the first to the sixth there’s a massive distinction. The changes occur gradually, and you can’t point to an exact time or place where it occurred, or everything switched over.

I think this is more reflective of contemporary models of adaptation and, in practice, it simply works better. Plans are great, but adaptation isn’t that predictable. In an athlete-centric model, the next cycle just depends on the response to the prior cycle and isn’t planned beforehand. The periodization depends on and gets its feedback from the status of the athlete. Then I keep track of objective benchmarks and “guideposts” to make sure this fluid plan makes sense in the context of the competitive year.

What’s your take on blood oxygenation and occlusion, and monitoring these effects in a training program?

: Personally, I think NIRs devices like the Moxy Monitor are a game changer in the sports performance realm as a training aid, as well as for conducting testing and designing targeted training interventions. Using NIRs devices, combined with our technologies, gives us a unique perspective of how an athlete’s body copes with the physiological “problems” that come with full body exercise.

This is important, as it allows us to collect live physiological data that helps us identify an athlete’s weakest link (i.e., their heart, respiratory system, ability to use lactate as an intermediate energy source, etc.). It’s also useful for clueing us in to how an athlete will cope with, and subsequently adapt to, different types of training scenarios, as well as what the path of least resistance is in terms of protocols for eliciting said adaption.

NIRs devices like the Moxy Monitor are a game changer in the sports performance realm as a training aid, and also to conduct testing and design targeted training interventions. CLICK TO TWEET

For example, by using NIRs, we might be able to infer that an athlete has good mitochondrial and capillary density, but they’re limited in their ability to transport and deliver oxygen to the muscles. The data indicates that they’re creating vascular occlusion, which slows the removal of blood from a particular muscle group, and, as a result, cardiac output needs to increase in order to manage blood pressure and break “blockages.” Knowing this information, we can address the rate-limiting bioenergetic step in this athlete (i.e., their “limiter”) by including intervals designed to challenge cardiac output without creating a massive oxygen demand in the extremity muscles. Some ways of doing this include ischemic pre-conditioning and eccentric-based strength work intended to improve synchronization of muscle recruitment, as well as manual therapy and movement work aimed to decrease systemic tension in the extremity muscles.

If we only have so much adaptation currency to spend on training, why waste it on things that won’t bring us directly closer to our goal? Measuring blood oxygenation, occlusion trends, and so forth allows us to be more tactical in training and take an “athlete-centric approach” from theory to practice.