PUFC Forces Of nature As The First Challenge at Bali + VIDEO 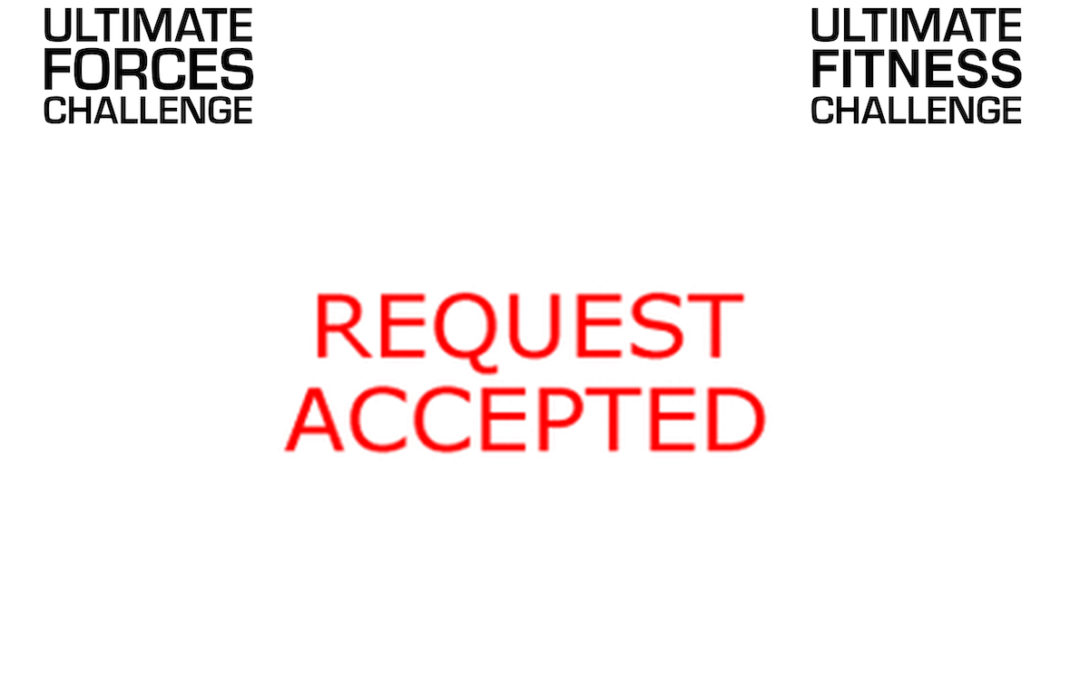 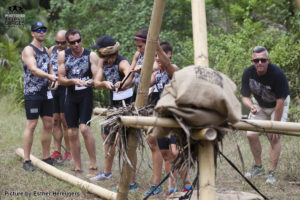 The element of surprise is always key in the Ultimate Forces Challenge and these new PUFC Bali teams weren’t aware of that. Of course, because we didn’t tell them’ that’s how it works in UFC. Before we departed to Bali there was a small meeting with Team Belgium and both Dutch Teams. Team Belgium, already aware of how UFC works stand back and didn’t asked many questions, knowing they had to rely on their experience and didn’t want to give any information to their Dutch opponents. Opposite both Dutch Teams were fishing about do’s and don’ts and what to expect. And no, we couldn’t answer these questions, UFC never does. 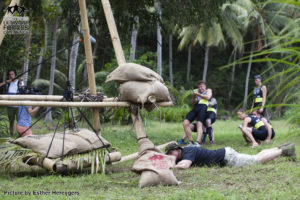 Up front UFC already knew the new teams would be facing a struggle in the first days in how to deal with the unknown, we’ve seen that before’ but that’s why it’s a Challenge. But both Dutch Teams had experienced UFC contestants amongst them who could give more back ground information to the teams. Strangely enough the three Dutch contestants were left out as we were told later. These Dutch Teams had Survival Run Champions as their team leaders… so… Well UFC is different guy’s, we told you so. Unfortunately, both Dutch Teams never took the opportunity to gather more detailed information which was actually available for them as they admitted later on. Don’t let this happen to you on your next Challenge. 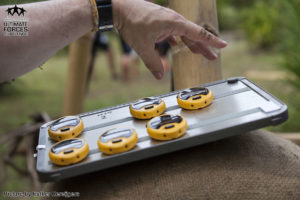 Forces Of Nature was the first Challenge and teams had a minor briefing as we always do. Figure it out on your way to the Challenge. Of course, the first run was going wrong as we briefed to look for special signs and guidance on the way, but they started “blindfolded” and run like hell to their first Challenge and didn’t deliberate on the way. They didn’t listen… of course. They were told they had 5 minutes to go to the Obstacle and that was more than enough run at easy and deliberate. No, they didn’t. They went full speed… Bad choice. 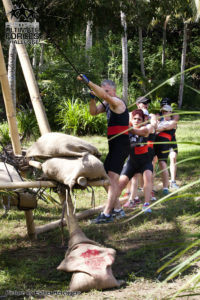 In the Forces Of Nature there is more than meets the eye. It looks easy, just lift the pallet with 200 kilo and hold it, yeah sure… First issue is the distance from the lift, it’s further away then you expect and you’re not allowed to come closer. Second, the rope is a very strong 10mil. ‘black marlow’ line which is in fact way too thin to hold on easy, it will slip through your hand with ease, so how are you going to solve that while holding 200 kilos. Third issue, each 30 seconds one team member has to release the rope and step back. So, your team is getting smaller by the second. This was told to the teams in advance and they should deliberate on their way to the challenge who is doing what? No, they didn’t. 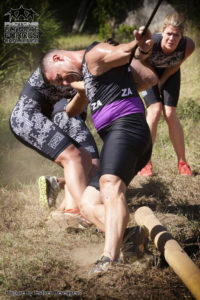 Or did they? Yes, few teams did that for sure and knew exactly who was standing where to hold on as long as possible. You don’t have to lift the 200 kilos very high, just 20 inches is more than enough but the moment the pallet touches the ground you’re off. We’ve seen it happen while they switched one before the other the pallet almost touched the ground several times. Hanging in the ropes won’t help because 200 kilos is heavier than you think. 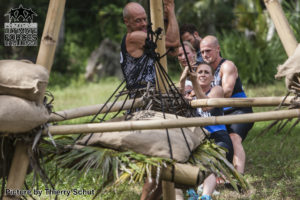 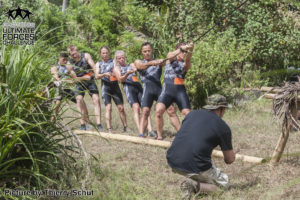 South Africa won the first challenge and already distinguished themselves that day from the other teams by yelling instruction, coaching and motivating each other like it was the challenge of their life… it was. Will you face the Forces Of Nature in the next Ultimate Forces Challenge? Probably not because you’ve already seen it, but you’ll never know. 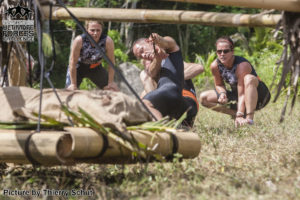