The PUFC Bali 2017 Calendar As Promised 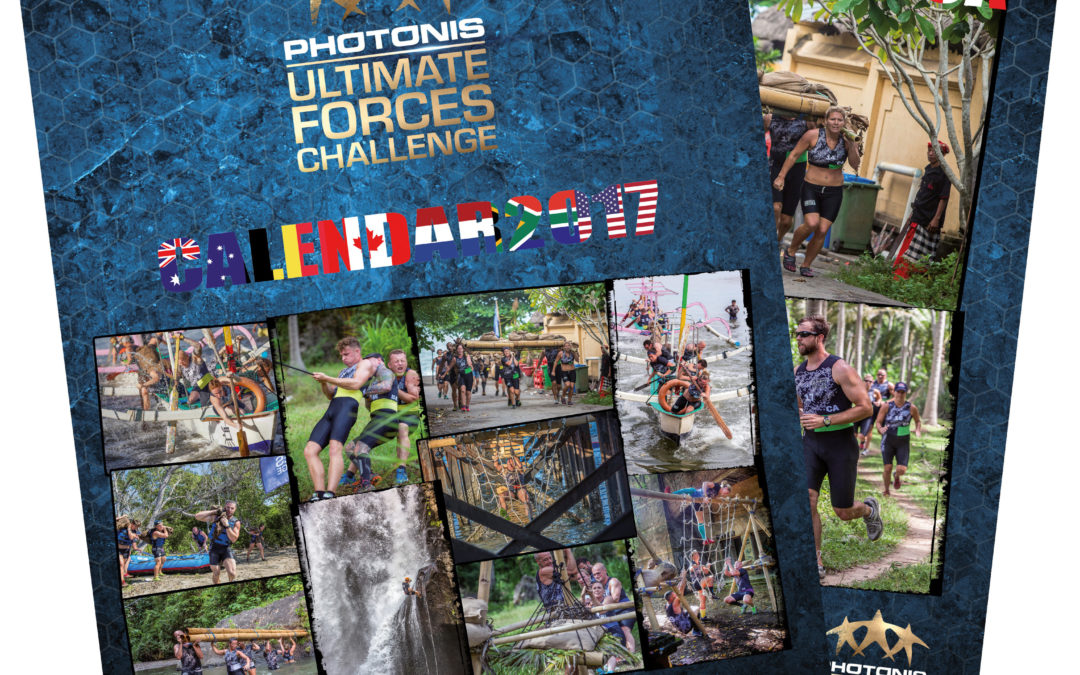 The 2017 calendar gave us much more variety, decor and scenes to choose from to create the next calendar. So, more composition photos were made by Esther Hereijgers and Thierry Schut to show as much as possible of the competition and the beautiful Island Bali. 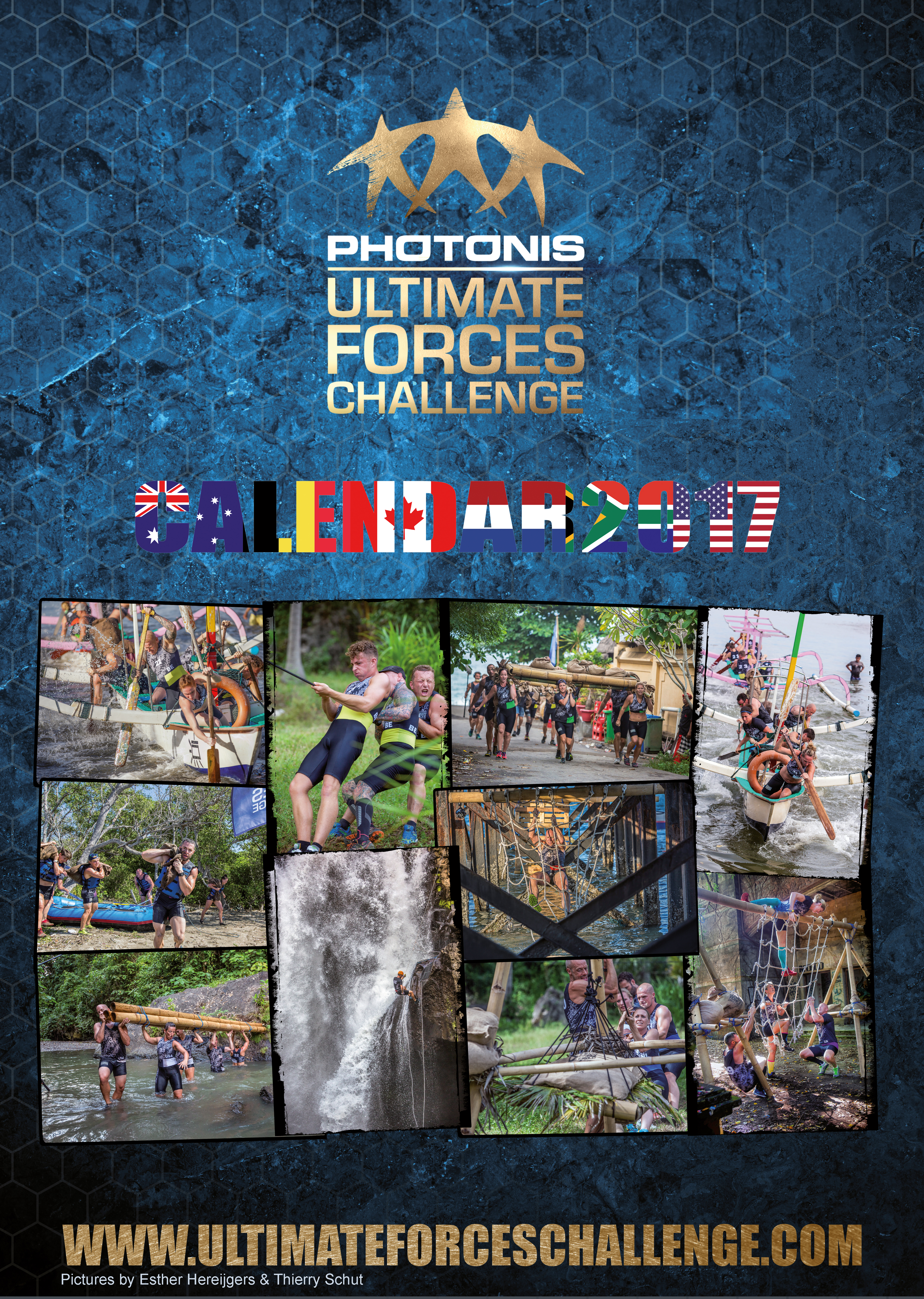 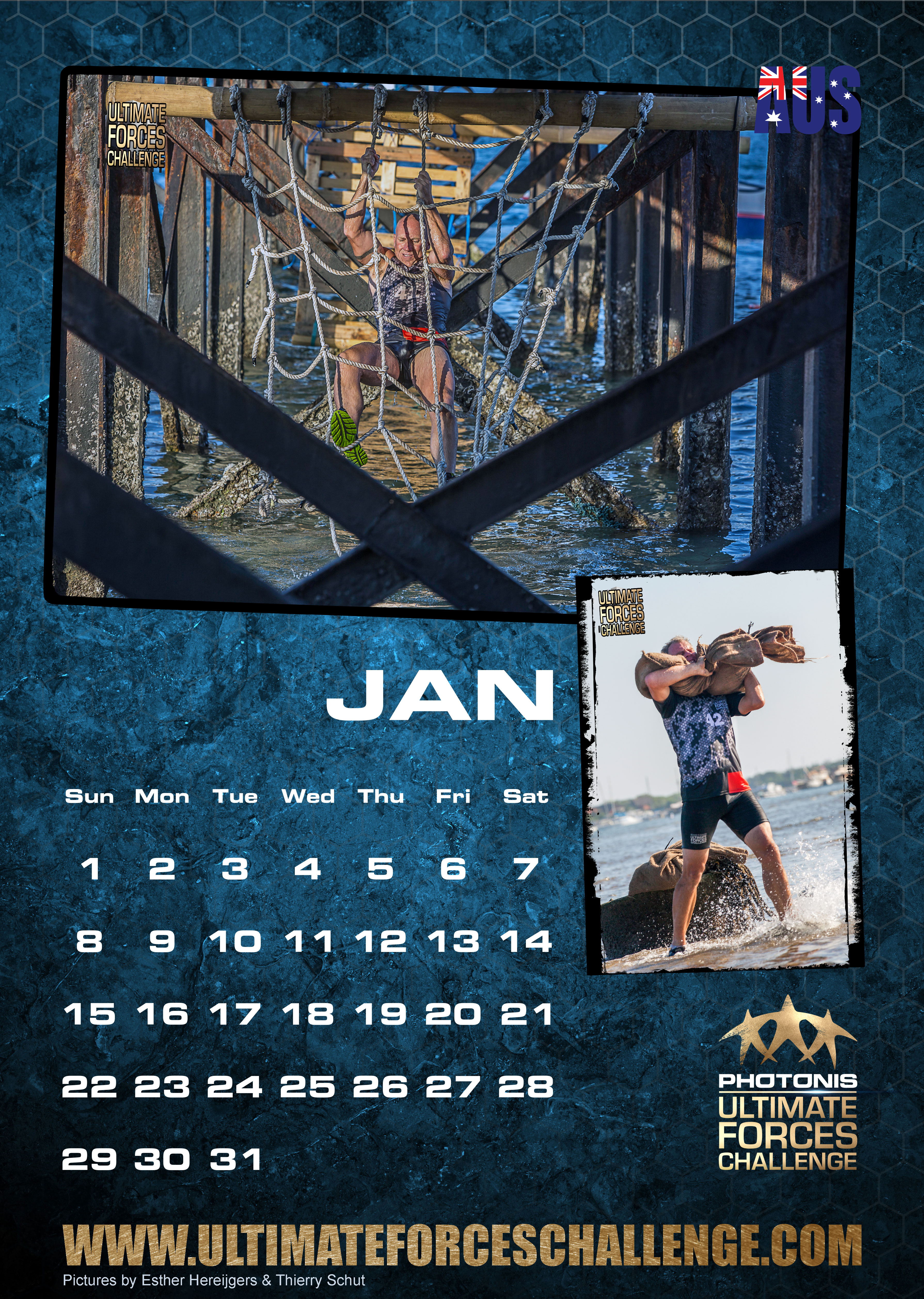 Team Australia during the water obstacle

We’re the temperatures at Bali Island were hot, humid and exhausting’ in Canada the teams will face the opposite environment and keeping your body temperature at level will be a challenge on its own. We expect the more northern country teams will have an advantage, being more custom with performance in low temperatures. Were the warm water at Bali Island was very comfortable, in Canada this will be something we look forward to when diving to the bottom to pick up the instructions for your next challenge. 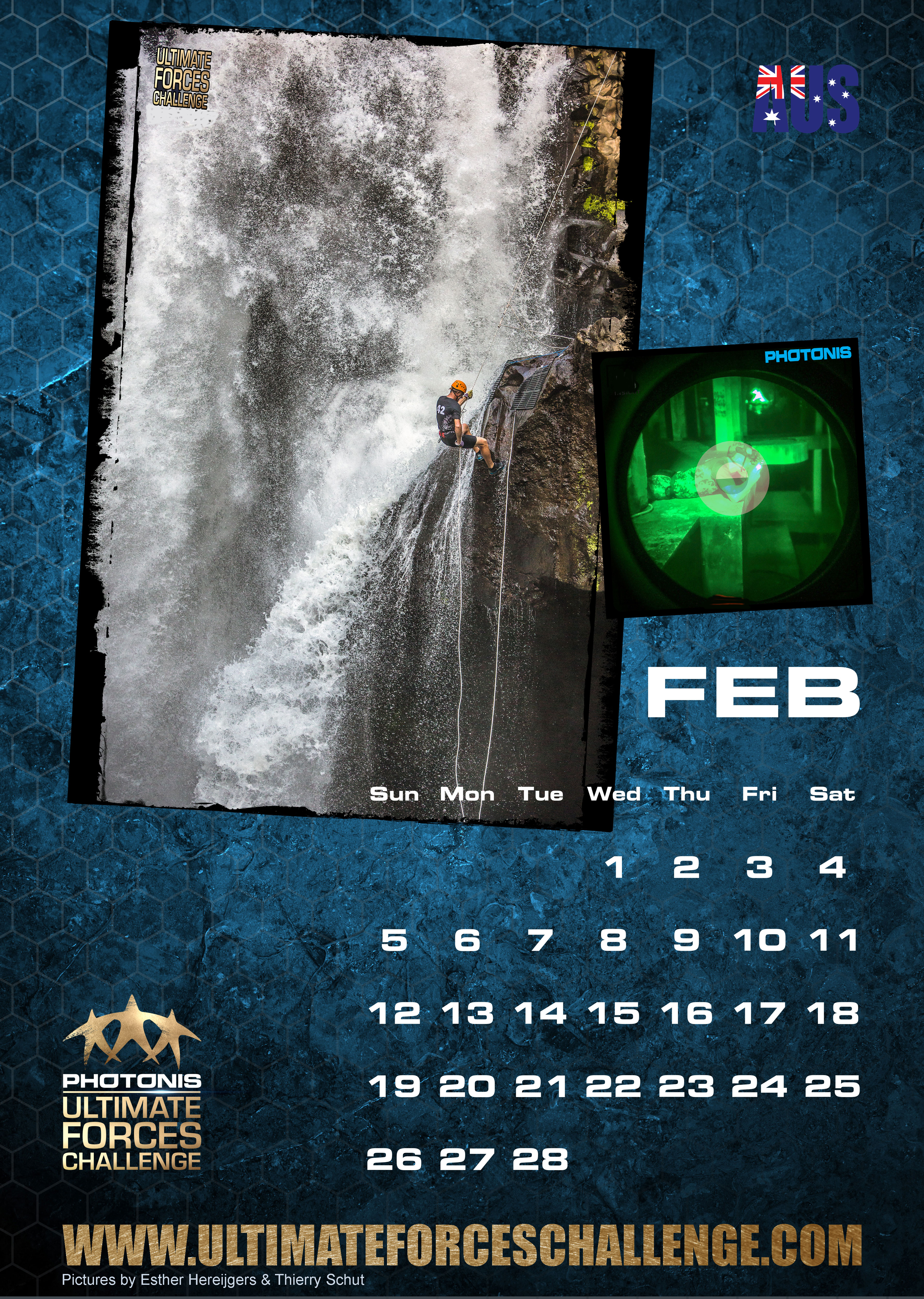 Team Australia at the waterfall challenge and Night vision discipline 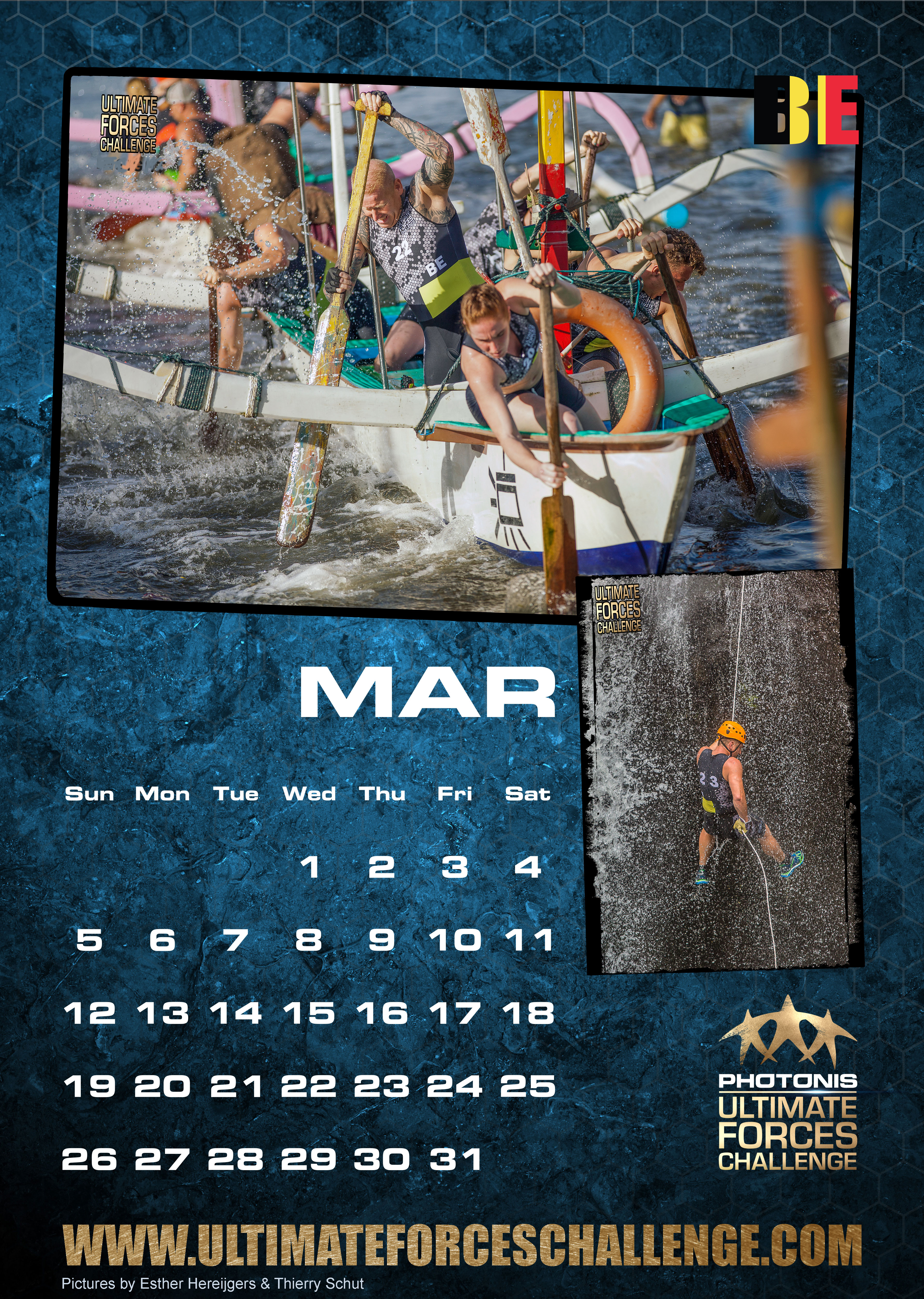 Team Belgium in Rowing the boat and at the waterfall. 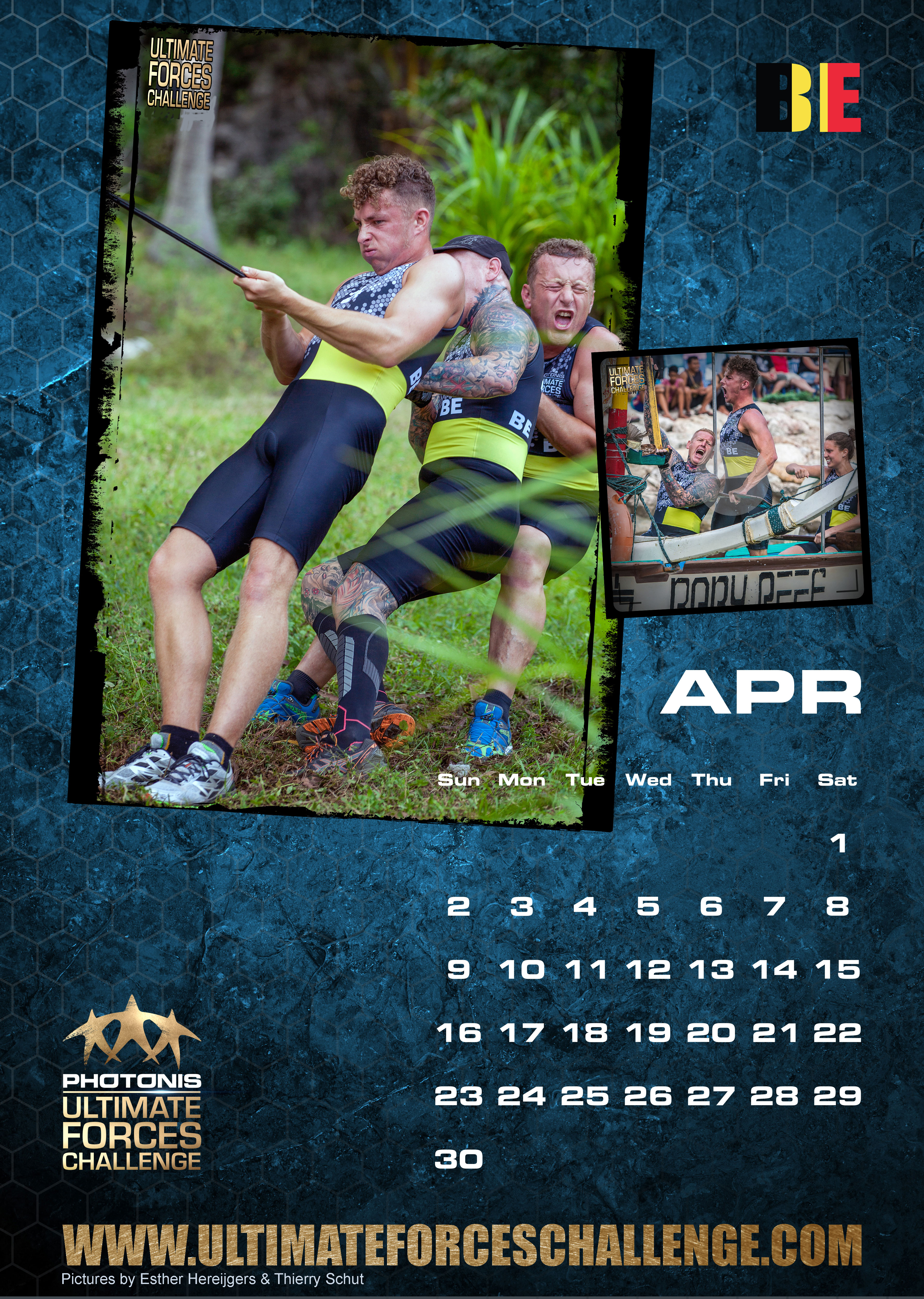 Team Belgium at the Forces Of Nature Challenge 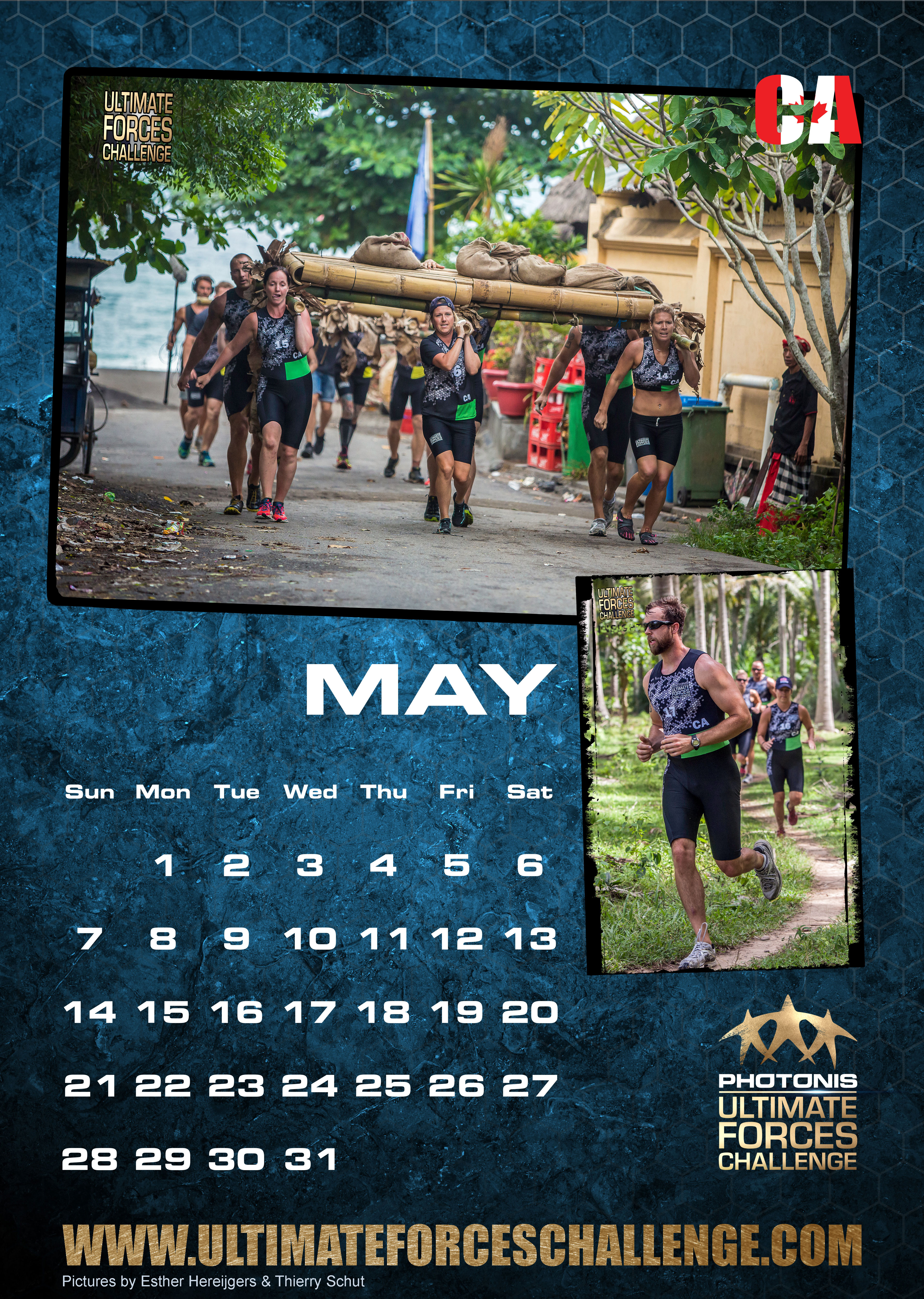 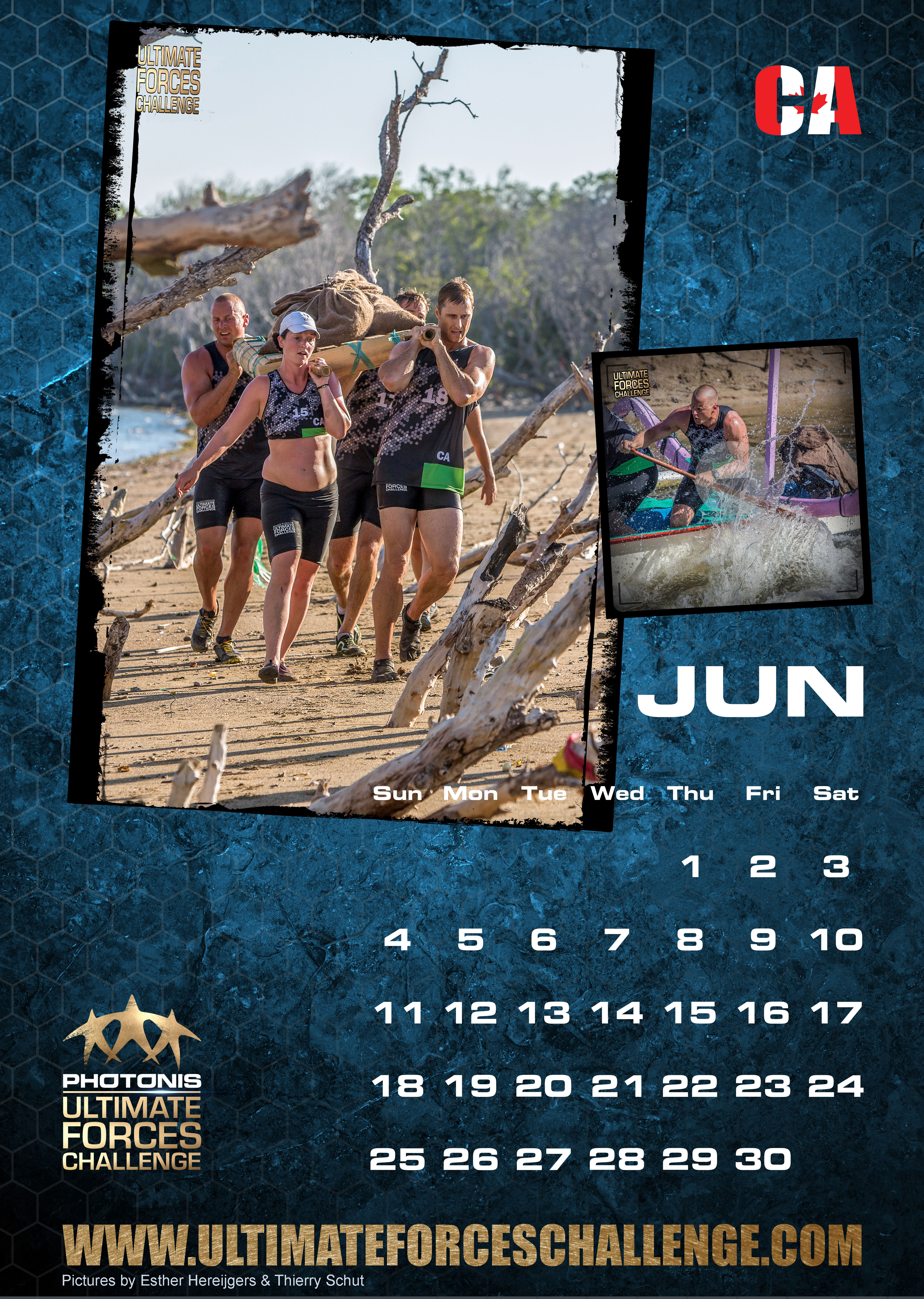 Team Canada at the search and rescue challenge 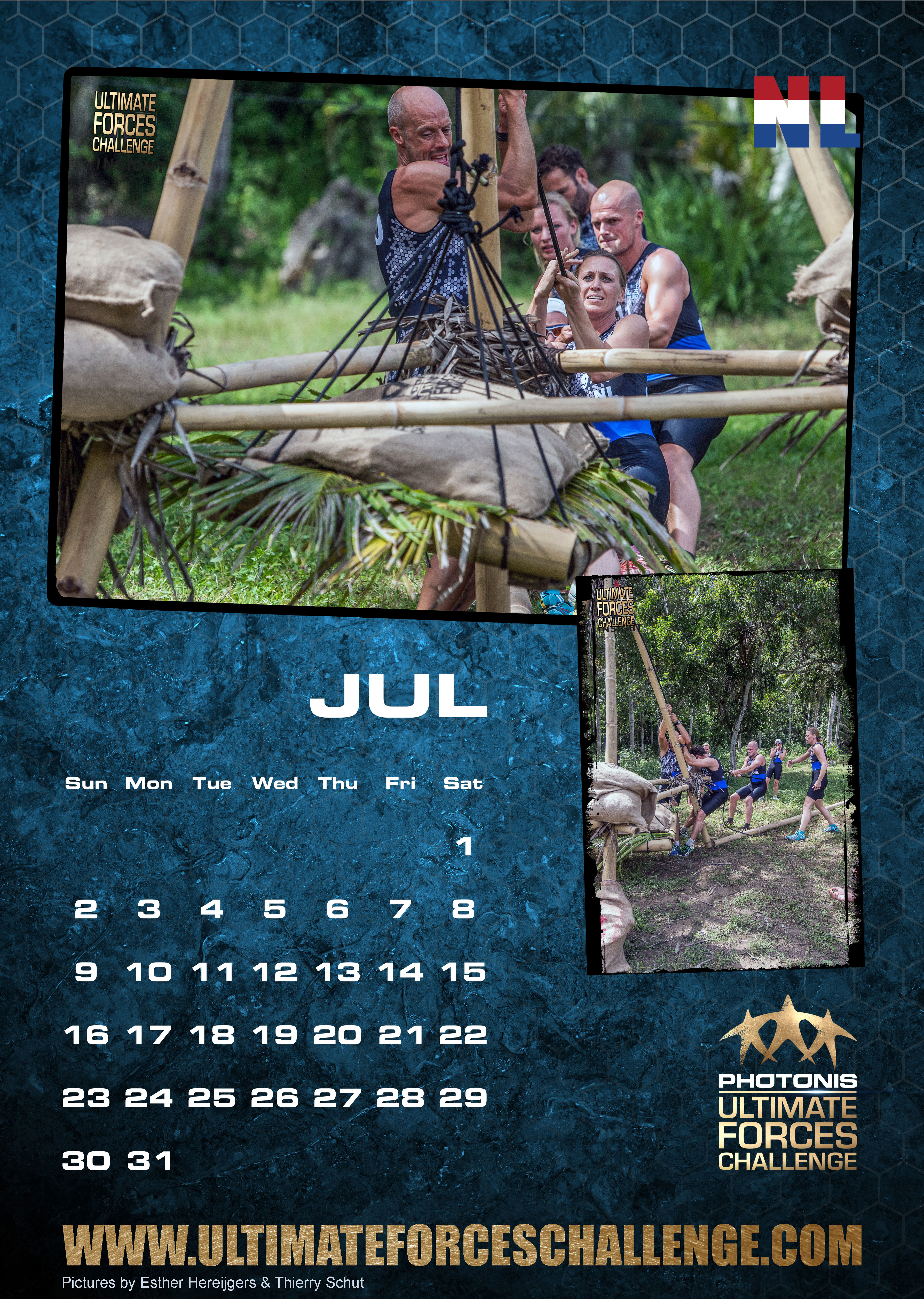 Team Holland at the Forces Of Nature challenge 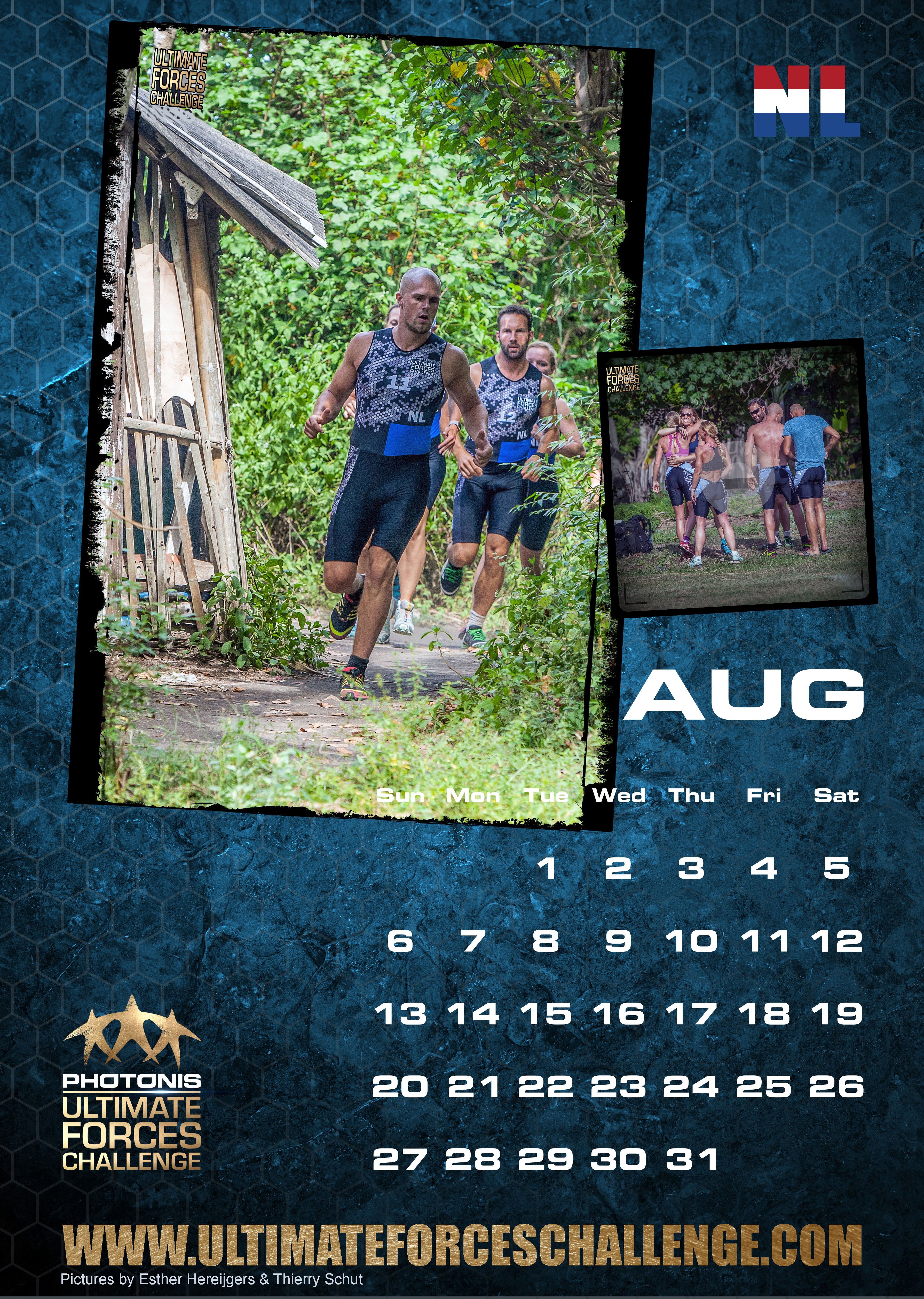 Team Holland run through the jungle 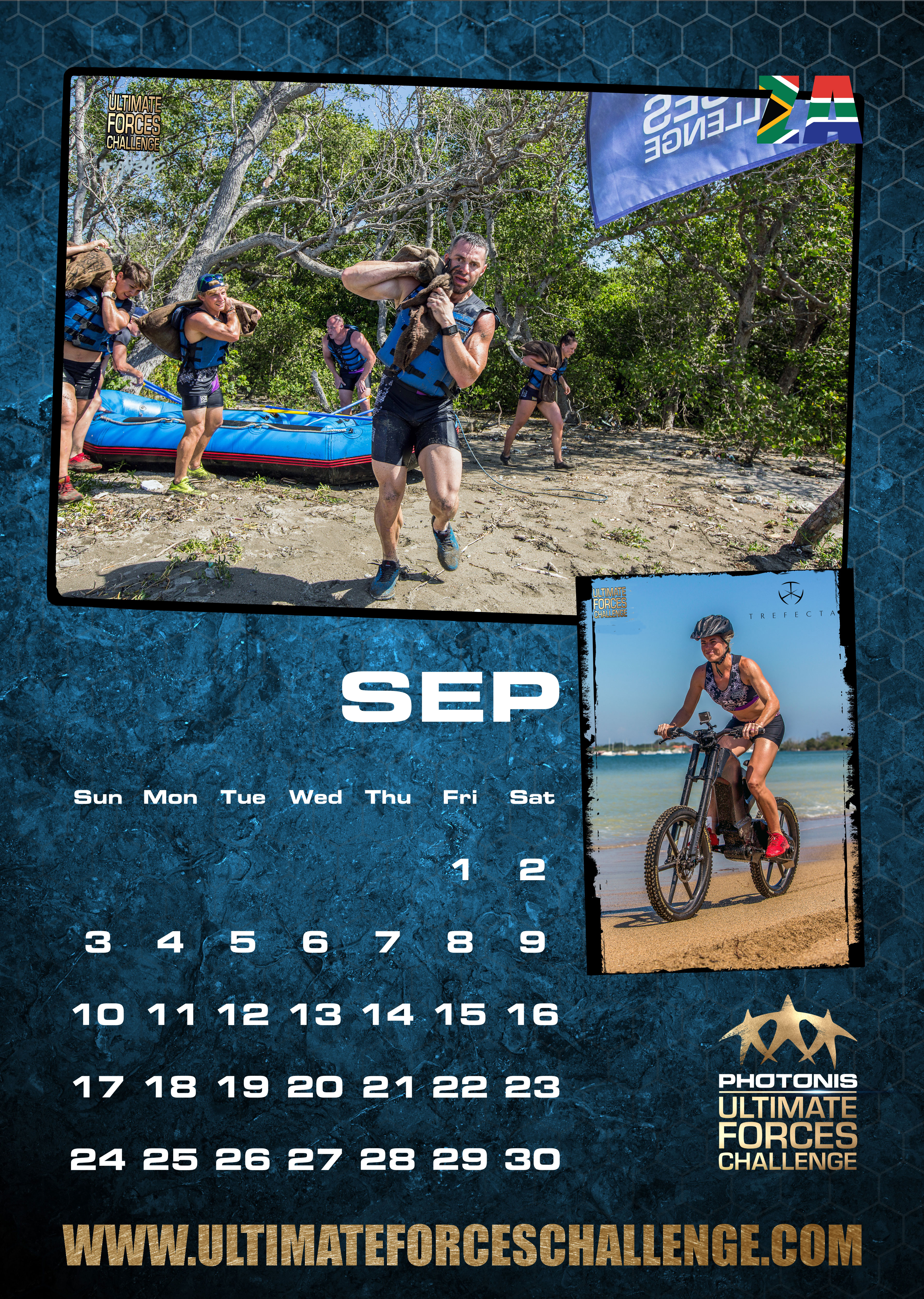 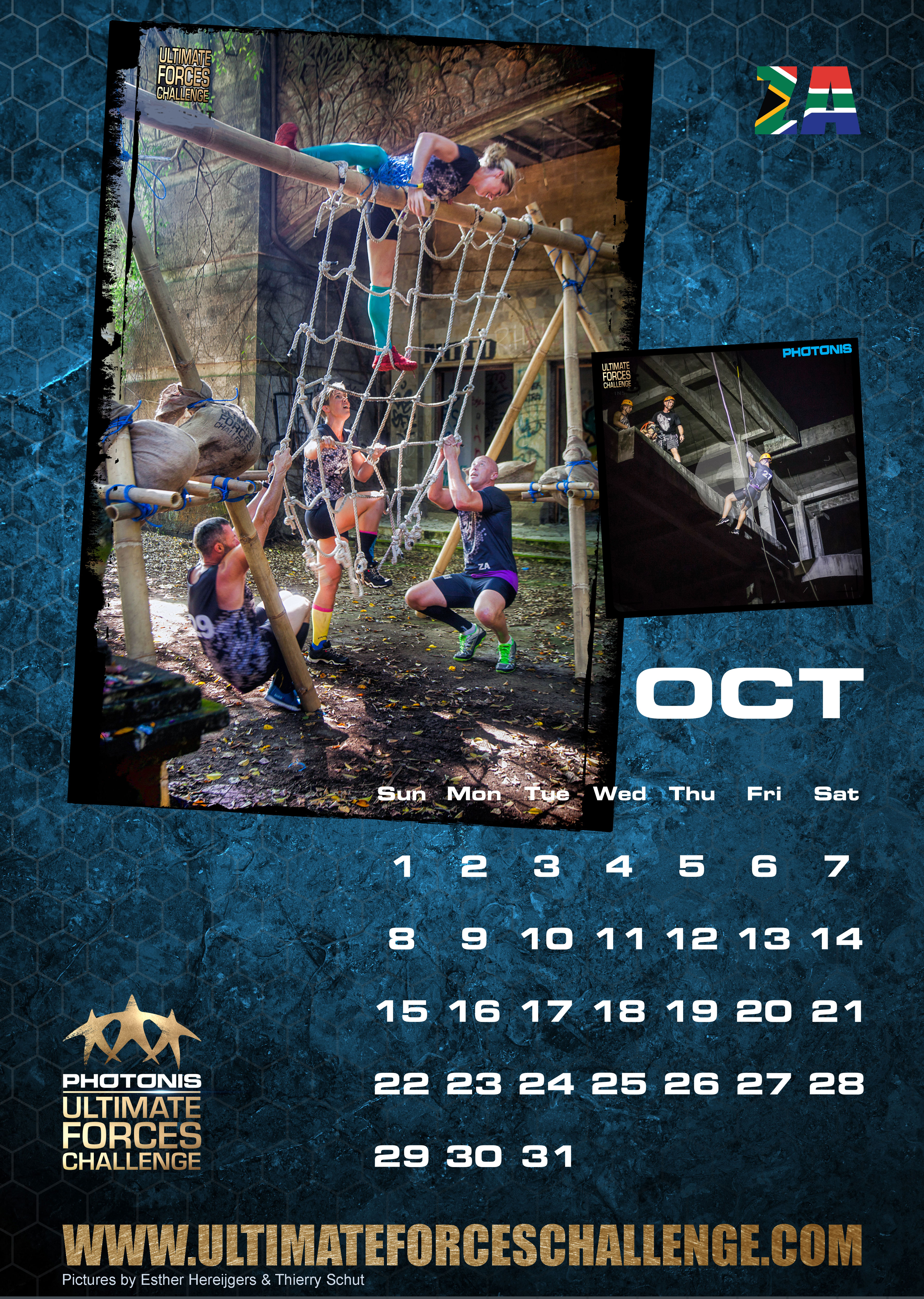 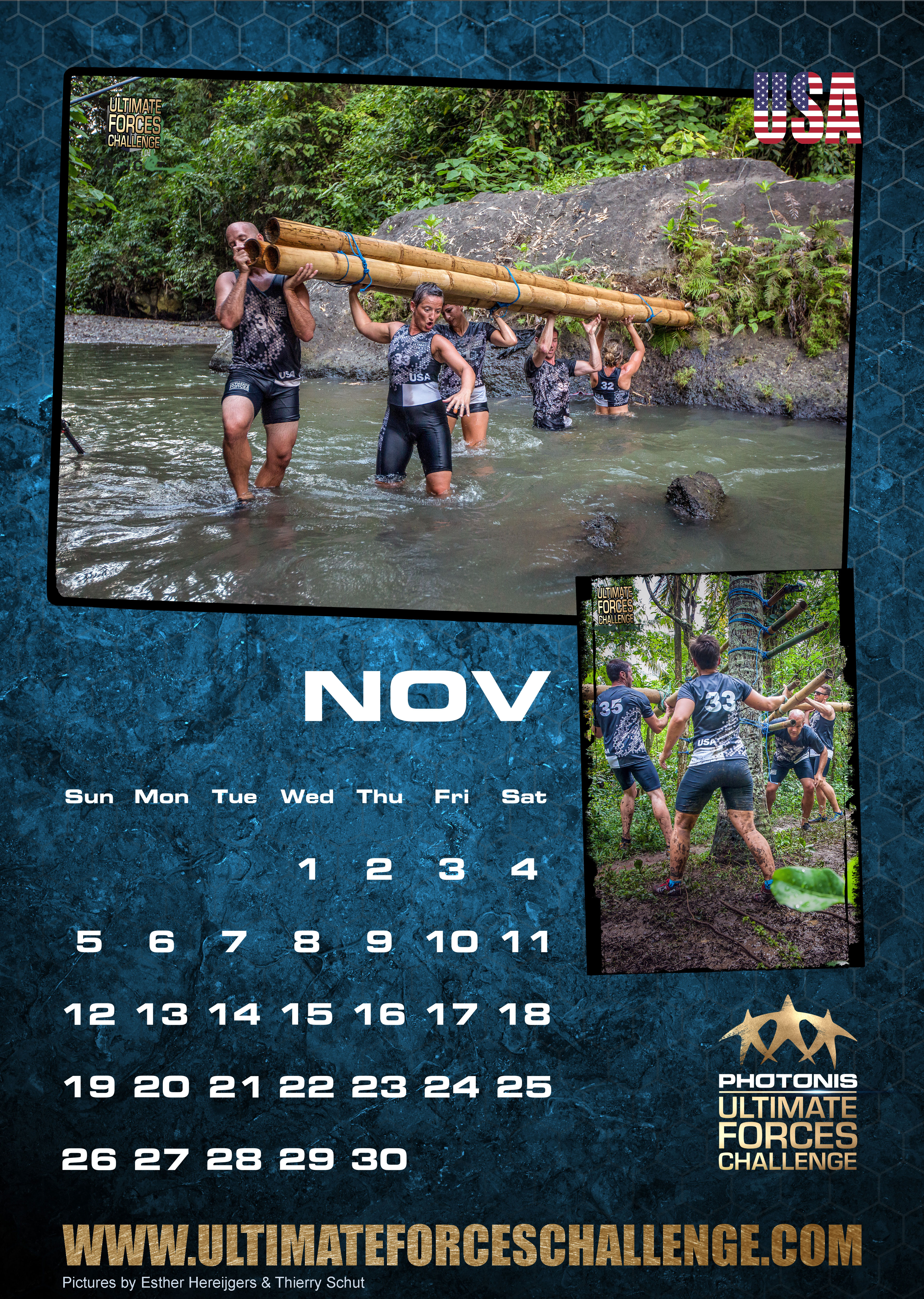 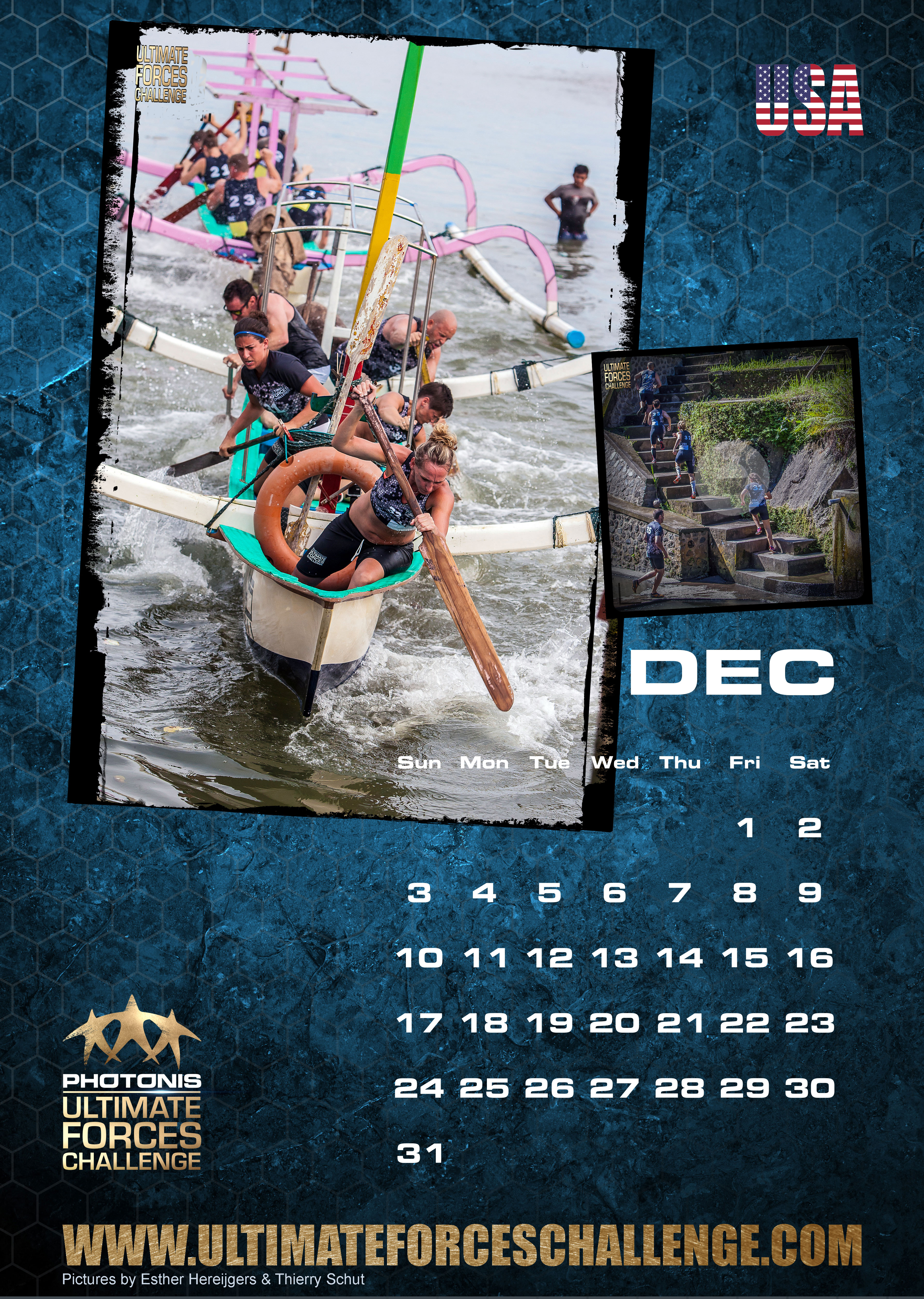