Training Tips From People at Age 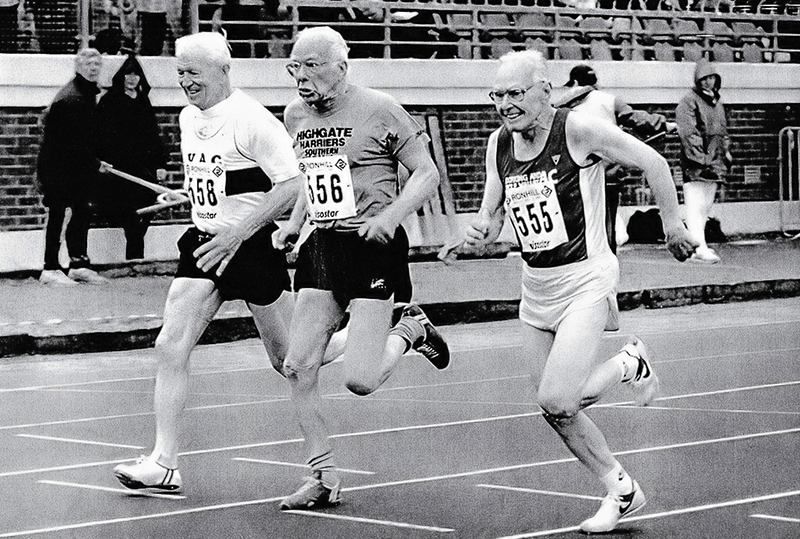 Two questions follow 77-year-old runner Doug Goodhue wherever he runs: How does he do what he does? And more important, how does he keep doing what he does?

Goodhue has been atop the U.S. masters ranks for years. He has set seven age-group records on the indoor track and roads, and he has won 59 age-group national championships. The most recent—the USATF 5K title for the 75–79 men—came this summer. He ran 21:28. That’s 6:55 per mile pace, or sub-7:00 pace, at age 77. 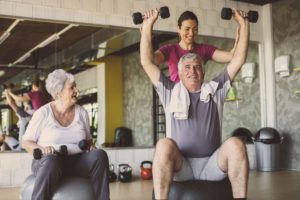 What are the secrets to his speed and longevity? He spoke to Runner’s World from his home in Milford, Michigan, about his recent training and racing—and his advice applies to runners in every age group.

Embrace your competitive side. And it helps to have a rival.

Goodhue was not pushed in Atlanta—his nearest age-group competitor was Jan Frisby, 75, of Grand Junction, Colorado, who finished nearly two minutes back in 23:20. But Frisby had his revenge a week later at the USATF masters road mile championships in Flint, Michigan. He came sprinting past Goodhue in the final stretch, and they went back and forth until Frisby prevailed—6:17.21 to 6:18.99.

Goodhue was not pleased. He later saw a group photo that someone posted to Facebook after the race. He was the only one of about 15 people not smiling because he had just been beaten.

The two will face off again in October in San Diego at the masters cross-country championships. Goodhue does not intend to lose.

“I’m fortunate to have been successful in my age group for so many years,” he said. “It’s tough when anybody comes and gets you. It’s a wakeup call for sure.”

Keep in touch with speed all year long…

Most Tuesday evenings, Goodhue does some sort of speed workout on a track near his home. In the winter, he moves to the indoor track at the University of Michigan. A recent workout was 12 by 300 meters, with a slow 100-meter jog back to the start.

…but don’t do every interval all-out.

Goodhue started the workout by striding out the first few repetitions, before going about 95 percent on the fourth one. If his workout calls for 12 intervals, he might get to his top speed only a few times during the session, even though his training partners are ahead of him. (They are decades younger.) 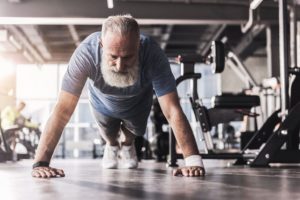 “I know what my effort feels like,” he said. “It’s about the quality of how I feel. If I feel good, I can change gears and run a little faster.”

Pay attention to aches and pains.

Not many people of any age could keep up with Goodhue’s training—50 miles per week over six days—without getting hurt. Some people are luckier than others when it comes to genetics, and Goodhue knows he’s hit the jackpot.

Even with his capacity for work, it has taken him decades to learn that if something is hurting, he should listen, instead of popping some anti-inflammatories and hoping for the best.

“As I got older, if something doesn’t feel right, if I can feel plantar [faciitis] coming on, I’ll stop immediately and have it addressed,” he said. “I really don’t have a lot to prove to myself or the world, so if I think it’s something that’s going to get worse, I will stop and alter my race plans. I didn’t always do that when I was younger.”

Goodhue is a certified coach and certified race director, belongs to two running clubs, and helps with club and race administration. He has a group for speedwork on Tuesday nights and a group for long runs on Saturdays. That bunch’s average age is 48; they call him the silver bullet. “I’ve been so blessed for so many years to have such an enthusiastic young group of friends to train with,” Goodhue said.

…but run on your own when necessary.

A staple of Goodhue’s training is his 8-mile tempo run, usually on Thursday, through a park near his home. He tries to hit about 7:15 pace. When someone can keep up with him, he welcomes the company, but he’s usually on his own. “I won’t go with someone who is going to hold me back or with someone who is out there running 6-minute miles,” he said. “I’m smarter than that.” The long tempos, he feels, really help his middle-distance racing.

A steady companion is Annie, a 65-pound Goldendoodle, who walks with Goodhue and his wife, Cindy, about 15 miles a week. Does the walking help his running? He’s not sure. But the active recovery can’t hurt, either.

Focus on the competition, not on the times.

“When I compete, I have this conversation with myself: I have to accept these times,” he said. “I guess the easiest way to accept that is to see what everybody else my age is doing. And all my times are faster.”