Vaping? Here Are the Facts You Need to Know 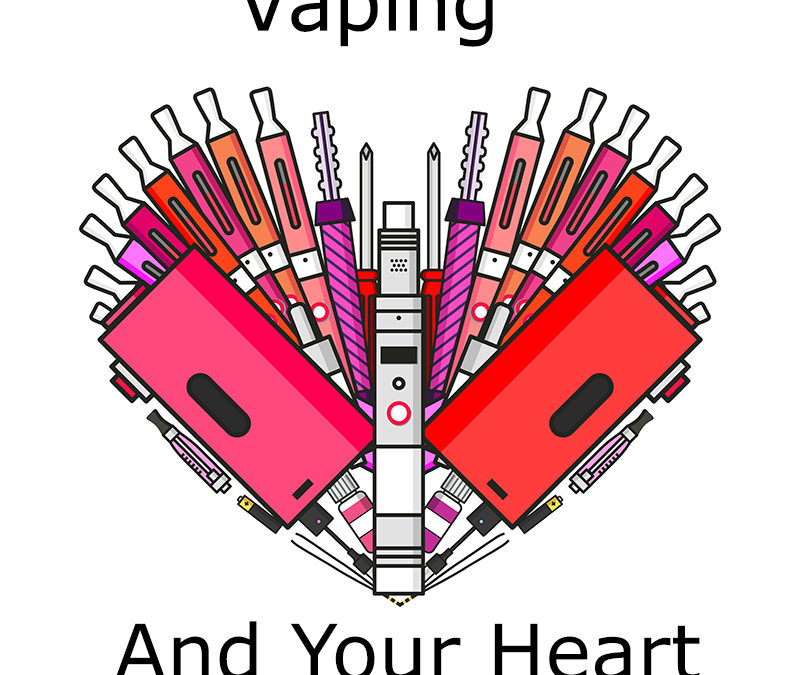 For some, vaping cannabis seemed like a better choice than smoking it. But is that really the case?

Ultrarunners, mountain bikers, and other endurance athletes are no strangers to cannabis, and despite the old stereotype of the vegged out stoner, cannabis users tend to be quite active.

In fact, 82 percent of marijuana users said they have used weed within one hour before or four hours after exercise, according to a Colorado University, Boulder survey of 600 adult marijuana users from five different states published last April. 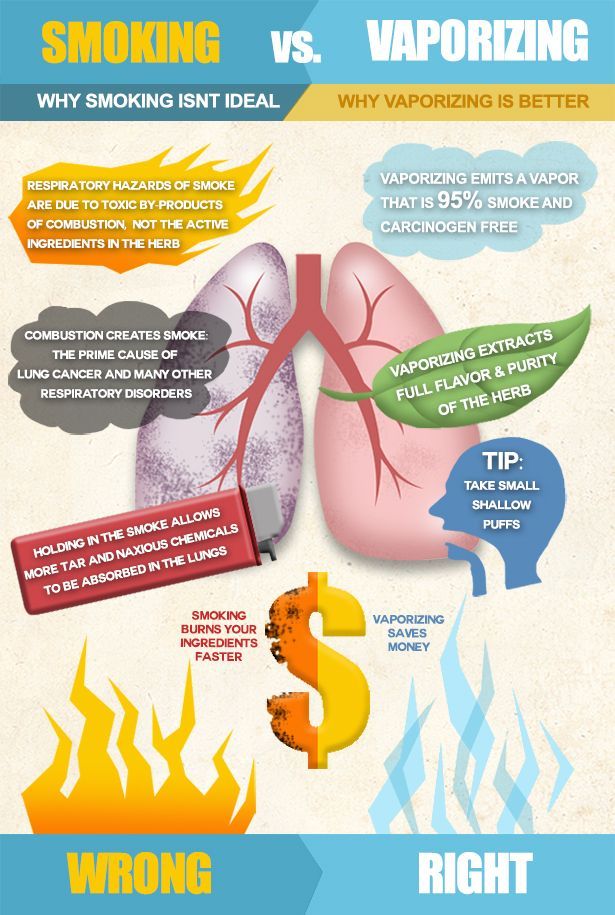 In recent years, many of these active users have swapped their pot pipes for vape pens, as vaping was touted as a “healthier” way to ingest cannabis (and more predictable than edibles). Just a few years ago, some headlines were even hailing vaping weed as the latest “health craze.”

There’s even been some science to back up the relative virtues of vaping over smoking. In a press release from a 2007 study published in the online issue of the journal Clinical Pharmacology and Therapeutics, the researchers concluded that “a smokeless cannabis-vaporizing device delivers the same levels of THC, the active therapeutic chemical, with the same biological effects as smoking cannabis without the harmful toxins created by burning cannabis.”

Plus, vaping is discreet and doesn’t cause a lot of skunky smoke, which has made it all the more attractive to active users.

What at first may have appeared to be a panacea, however, has led to an epidemic. To date, there are more than 2,000 cases in 49 states of e-cigarette, or vaping, product use-associated lung injury (EVALI), and 42 deaths have been confirmed in 24 states, according to the Centers for Disease Control and Prevention (CDC).

In response to this EVALI crisis, the CDC issued a statement on November 15, 2019, concluding:

The recent uproar has left consumers—many who’ve purchased their products from licensed dispensaries—in a cloud of concern and confusion. We contacted a few experts from around the country to explain the epidemic. Here’s what you should know.

When you “vape,” you’re inhaling vapor for a desired effect. Vaporizing devices are generally battery-powered atomizers like e-cigarettes or vape pens that heat up substances such as nicotine, marijuana, CBD, and/or various flavorings to create an aerosol mist or vapor that users inhale. These devices are typically used to heat up oils, but they also can be used to vaporize cannabis wax or loose cannabis flowers.

Is vaping bad for you?

Let’s start here: It’s not good for you. Because it’s a relatively recent phenomenon and the vaping industry resembles the Wild West, it’s nearly impossible to say what’s behind this epidemic or just how bad vaping is, says Russell Buhr, M.D., Ph.D., assistant professor of medicine in the UCLA Division of Pulmonary & Critical Care at the David Geffen School of Medicine at UCLA.

“Vaping is in a regulatory vacuum right now,” Buhr says. “FDA doesn’t regulate them [vaping devices] as either a tobacco product or a drug delivery device like how they do for inhalers. Nobody on a national scale has been responsible for ensuring safety here. Cannabis vaping is an even bigger regulatory problem because of state-by-state patchwork legal status. Because of no regulation, there’s been wide-open space for companies to bring untested products to market.”

No regulation also means people can be vaping all sorts of sketchy substances, adds Derek Kruse, M.D., who specializes in pulmonary and critical care medicine at The University of Nebraska Medical Center in Omaha, Nebraska.

“It seems the epidemic we are currently experiencing is likely related to the use of cutting agents, which are used to dilute THC and CBD oils in an effort to make them more profitable to manufactures,” Kruse says. “Substances like vitamin E acetate are being used to dilute THC oils because it’s cheap and it is very similar in consistency and color. This has likely been going on at a lesser rate for some time, but unrecognized by the medical community. It is now something we are all very aware of and therefore catching more frequently.”

Is vaping better than smoking, though?

“I don’t think we could say it’s safer or less safe inherently,” Buhr says. “I would probably classify this as ‘different bad.’ Putting anything in your lungs other than air or prescribed medications is not a good idea if you want to maximize your lung health. I don’t think there’s enough data yet to say that overall vaping is more or less ‘safe’ on average than smoking, but with the dramatic rise of EVALI, I would strongly advise against vaping in the short term until the root cause is sorted out.”

The issue is with pulling oil into your lungs, Kruse says. “Vaping THC oil or CBD oil seems to pose its own risk to users. This is related to the fact that our lungs are very sensitive to inhaled oils,” he says. “Our lungs do not have a great mechanism for removing oil from our airways or the alveoli, which are the little air sacs dispersed throughout our lungs where gas exchange takes place.”

Exposing your lungs to those oils can lead to inflammation and difficulty breathing, he says. “Unfortunately, we do not have long-term data to suggest whether vaping pure THC oil will lead to chronic lung disease, but what we do know is that vaping impure THC oil is clearly not safe. Although research is ongoing, at this point, we are still uncertain of the safety of either of these products. I recommend you be skeptical of the safety of both for now.”

If the oil is the problem, is vaping the plant safer?

Depends on who you ask. Some scientists say yes; others say no.

“Vaping as a method of consumption is way healthier than smoking,” says Beatriz H. Carlini, Ph.D., M.P.H., senior research scientist at the UW Alcohol and Drug Abuse Institute and affiliate associate professor at School of Public Health, Health Services at the University of Washington in Seattle.

Even if you vaporize the flower, however, you’re still inhaling oily substances, which is problematic, adds Buhr. “Since THC and CBD are oil-soluble molecules, even vaping the flower is essentially vaporizing the oils in the plant. It’s still making an oily substance that your lungs don’t like.”

Are some vaping devices more or less safe?

It doesn’t seem so, Kruse says. “We are seeing patients with acute lung injury that have used a multitude of different mechanisms to vaporize THC oils including vape pens, dabbing, etc. No one method seems to carry a greater risk.”

Does the dose and/or frequency matter in terms of risk?

Both seem to matter, according to Kruse. “The more you vape, the more this oily substance builds up in your lungs,” he says. “Having said this, we have seen patients vape THC oil for only a week before they fell ill, so it doesn’t seem to take long for this lung injury to develop.”

Are there special risks related to vaping before, during, or after exercise?

This isn’t well researched, but unsurprisingly, pulmonary experts frown upon the practice.

“We are not aware of any special risks to users who vape before, during, or after exercise,” Kruse says. “Given the risk of injury with using these products, using them prior to or during exercise seems like a bad idea. The lungs are not meant to inhale these substances.”

What are the next steps to understanding vaping risks?

Five years from now, it could be a “total disaster,” or hemp products will be better regulated, and we’ll be in a better place of understanding, Carlini says.

That regulation depends on the federal legalization of marijuana, says Vin Gupta, M.D., a health policy researcher and assistant professor of global health and pulmonary and critical care medicine at the University of Washington in Seattle.

“Marijuana has not been well studied,” Gupta says. “Any discussion needs to begin there. We can’t evaluate something our government considers illegal, even if a growing number of states disagree. The federal government should legalize marijuana—a substance that is safer than alcohol or tobacco, with greater medicinal value than either—the same as they have done with alcohol and tobacco so we can fund research and set standards.”

Once researchers can study cannabis, they can study the health impact of vaping cannabis, which currently is largely unknown, Gupta says.

“We have no long-term safety data on how vaping affects lung tissue. The FDA hasn’t evaluated vaping devices—cannabis or otherwise,” Gupta says. “Right now there’s too much we don’t know.”

If you do regularly vape, it’s important to know the signs of EVALI. According to the CDC, they include:

If you currently vape and have been experiencing coughing, difficulty breathing, or increased heart rate, go see a doctor. If these symptoms worsen or you feel very ill, head to the emergency room. Vaping has also been linked to acute respiratory distress syndrome, a condition in which fluid build-up in the lungs prevents oxygen from circulating properly, which can be fatal.