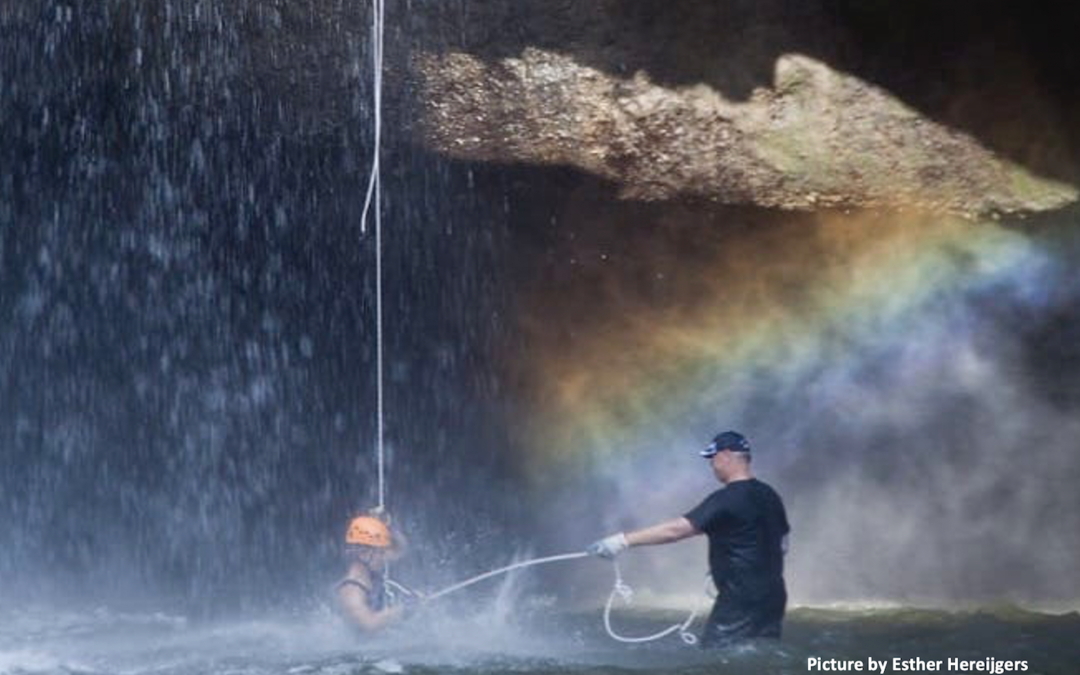 In the UFC 2006 at the Antilles Islands we noticed the Water Obstacle Course at Bullebaai which was build by the Dutch Marines was really a challenge to deal with. The Marines told us this was a regular training for the Marines and they already found out these UFC girls are no pussies, so they didn’t hold back on the power girls and build this water Obstacle just as for the real Marines. No errors allowed ore you’re exit.

But first, Bali is an extraordinary beautiful island if you know where to look and we had our own local Balinese hero Anom who guided us all over the island keeping us safe for trouble, what would we had to do without him, great guy and many thanks. Anom brought us to an abandoned theme park which was close already for 20 years or so, and it showed. We thought we entered Jurassic Park for real, what a great scene and a great assault run for the teams.

Of course, this Water Obstacle had to be a severe discipline for the country teams at Bali Island. As the teams already explained, they never had any outdoor sports like in the Photonis Ultimate Forces Challenge before, so each challenge was a discovery by itself for them. And that’s what makes UFC so unique, you never know what lies ahead.

As most of you already know, UFC is always on the lookout for extraordinary locations and challenges because each edition has to be different than the one before. And did we find an extraordinary challenge at Bali, of course we did. A real 100 ft waterfall gushing at a tremendous speed down in to a pond. But that wasn’t a challenge enough, this had to be demolishing up stream challenge for the teams because the next team had to drop out and go home, who is going to lose and who is afraid of heights…

With 3 still episodes to go and Team Canada unfortunately going home the challenges only become darker in pitch black night, more heavier, longer and exhausting, because there can only be one who win’s the Photonis Ultimate Forces Challenge Bali 2017