Apples, Why That’s a Good Thing 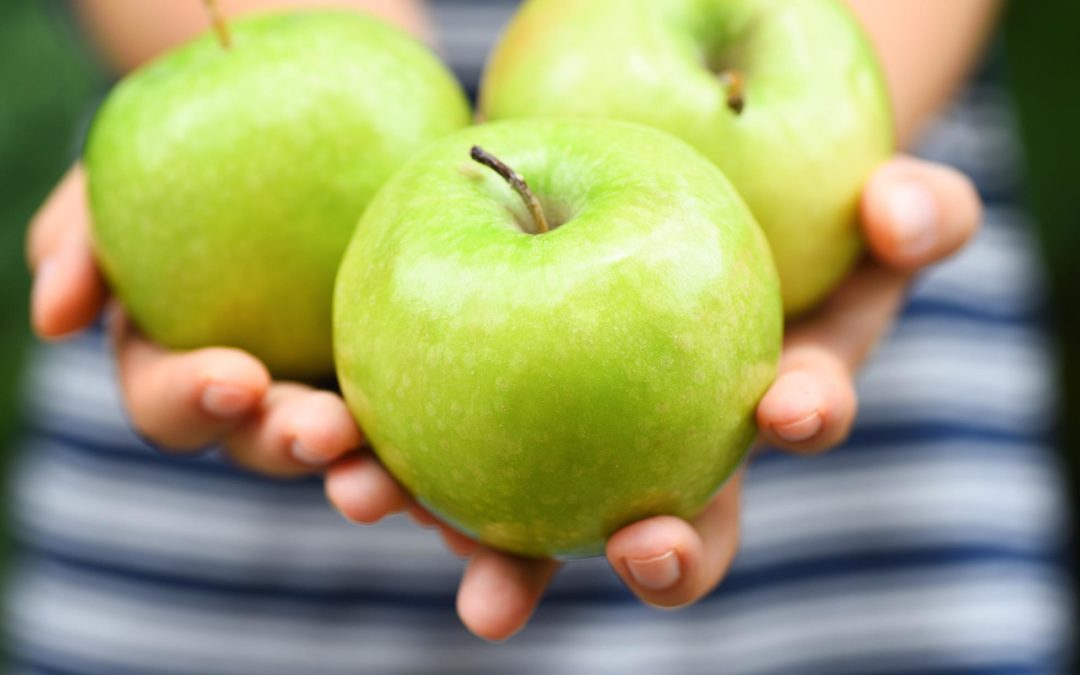 Yes, you still need to wash them first.

Ever since your school days when you unpacked an apple along with your sandwich each day, you probably knew the fruit was a healthy snack. But what makes an apple so good for you?

There are a bunch of reasons—everything from its satiating fiber to its sweet taste that can keep you from chowing down on something processed and sugary—but researchers have just focused on a surprising one: its bacterial content. 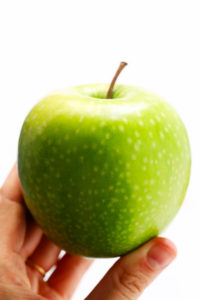 In the study, which was published in Frontiers in Microbiology, researchers analyzed the bacteria in apples and compared samples of organic and nonorganic types to see how the breakdown differed.

They discovered that apples contain 100 million bacteria. Sounds gross, and more than a little unhealthy, but before you freak out, these bacteria may play a role in vastly improving your gut health.

In total, researchers found that a typical apple contains 100 million bacteria—1,755 different types. Here’s how the bacteria breaks down: the stem end has 9.5 million, peel has 1.6 million, fruit pulp has 19.7 million, seeds have 37.7 million, and the calyx end (the end where the flower used to be) has 22 million.

“Consuming one whole apple, with core and seeds, includes an uptake of around 100 million bacteria. If you eat only peel and fruit pulp the number is reduced to the 10-fold,” said study author Birgit Wassermann, Ph.D.(c), of Graz University of Technology in Austria . “And also the bacterial diversity you consume is reduced accordingly. So yes, eat the whole thing.”

When you hear “bacteria” and “produce,” the first thing that probably pops into your mind is nasty cases of food poisoning, which are commonly caused by bacteria like E. Coli, Staphylococcus aureus, or Bacillus cerus, as well as by viruses. That’s not the case here: The bacteria found in the apples is different, says Wassermann, because there would need to be a high abundance of pathogenic strains to cause a disease, which was not present the samples.

“Even then, you still have your immune system fighting against such infections,” she says. 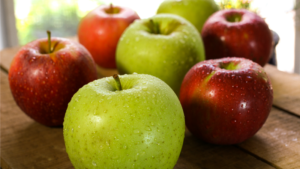 What’s more, consuming the diversity of strains of bacteria found in apples can provide your gut with diverse microbes, which is essential for gut health, Wassermann said. In fact, a diverse gut microbiome has been linked to potential benefits such as lowering your risk for high blood pressure and cardiovascular disease, as well as as boosting your immune system. (Plus, studies have shown that probiotics, such as those found naturally in apples, can help you run for longer.)

As for the differences between conventional and organic apples? Researchers found Lactobacillus (frequently used within probiotics) was more common in the skin of organic apples. While the number of bacteria was the same in organic and conventional apples, the microbiota of organic apples is significantly more diverse and more balanced, Wasseremann said. That can lead to even better gut health.

Now, the benefits of apple bacteria do not give you a green light to skip the wash before biting in. While washing them won’t remove the bacteria that is naturally a part of the fruit, it will help minimize you ingesting anything that happened in handling between the orchard, store, and your gym bag, Wassermann said. These unknowns are the mostly likely way that bad bacteria—like the strains known to cause foodborne illness—are transmitted…

Bottom line: You always knew an apple was a great snack, but now you have a new reason to support it. To boost your benefits, definitely keep the peel on, and if reallywant to give your gut as many beneficial bugs as possible, don’t be afraid to nibble at the core. And you may want to go organic, too—besides the bacterial differences seen in this study, conventional apples are always on the Environmental Working Group’s “Dirty Dozen” list, which includes produce with the most pesticides.

Just be sure you don’t eat them too close to your run, though, as the high fiber might cause stomach issues on the trail.