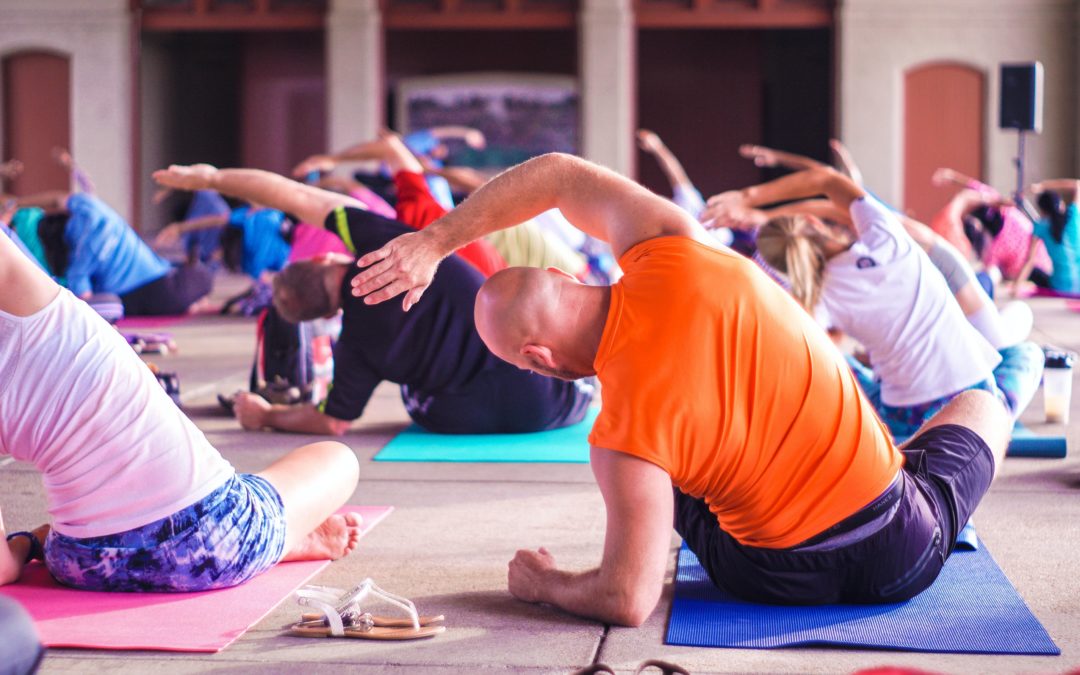 No matter where you are on your yoga journey, there may be one element of your practice you haven’t given much thought to your mat. This isn’t to say that you bought the first mat you laid your hands on, or that you just always use the ones at your yoga studio, but have you ever given much consideration to what your mat is actually made of?

Rubber and PER and PVC, oh my

Now, it’s no secret that the mats that sell the most are usually the least expensive. Considering that over 36 million Americans were yoga practitioners in 2016, up from 20.4 million in 2014, that’s a whole lot of mats. These cheap mats usually don’t last very long, which means that a lot of yogis and yoginis are likely having to replace their mat every few months or so. This not only creates a lot of waste but can have larger ecological implications. Since so many of those inexpensive mats are made from PVC, their manufacture, incineration or eventual end in a landfill can release toxic compounds known as dioxins into the environment.

But even materials marketed as eco-friendly may not actually be that. Some, such as PER (Polymer Environmental Resin) is sometimes even called Polymer Environmentally Friendly Resin—but a recent analysis of a PER yoga mat found that it was fundamentally made of the same chemical compounds as PVC. The main difference was that it didn’t use phthalates (a common harmful component of some PVC, that can cause damage to the kidney, liver, lungs and reproductive system) to soften the material and make it flexible.

Another “eco-friendly” material, TPE (Thermoelastic Polymer) is often a mix of synthetic plastics and rubbers, neither of which is biodegradable or particularly great for the environment. Since TPE is naturally flexible and soft, it doesn’t require the use of plasticizers like phthalates. However, this doesn’t necessarily mean it’s non-toxic, especially since most manufacturers aren’t very specific about the components that actually go into their mix.

Are there any materials that are actually eco-friendly?

The good news is that there are some materials which can be okay for the environment. One of the most common of these is rubber, either natural or synthetic—of course, the former of these is preferable, since it’s biodegradable and can also be reused easily. It offers great cushioning and grip, and is usually fairly light, making it easy to carry.

Cork is another material that’s being used more for yoga mats, and it’s easy to see why. It’s completely renewable, biodegradable, and easy to recycle or reuse. One concern has to do with its cleanliness, though, since it is absorbent and can get stinky fairly quickly.

Finally, there are also some mats made out of jute. Mostly grown in India and Bangladesh, the so-called golden crop is not only a motor for economic development, it’s also a highly renewable resource, and needs little water, maintenance or pesticides.

The next time you’re in the market for a yoga mat, aside from what it’s made of, remember to consider the type of yoga you practice. If you’re into hot yoga, for instance, you’ll need a mat that won’t have you slipping all over the place. And if you have joint injuries or do yoga that has you holding poses for long periods of time, you’ll need a mat that provides good cushioning.