Can Lifting Weights Pump Up Your Mood? 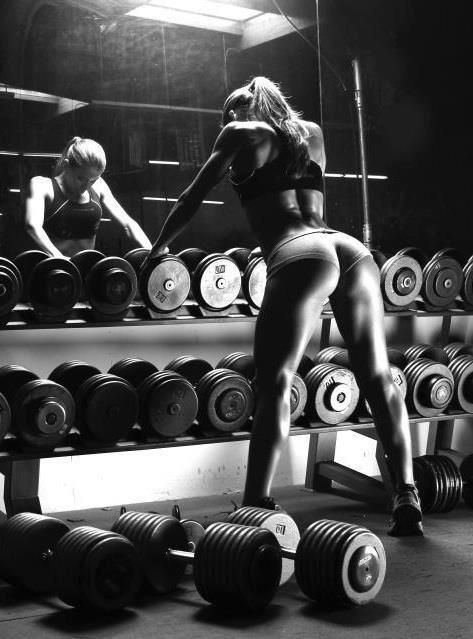 Resistance training builds the strength you need to run, but it may also give you another much-needed boost, too.

To get faster and stronger—and prevent injury—cross-training is essential. But according to new research, your lifting days can boost more than just your physical health: It can benefit your mental health, too.

The study, published in the journal Menopause, looked at 1,159 women (ages 45 to 69 years old) who were gynecology patients at the National University Hospital in Singapore. Depression and/or anxiety was assessed with a questionnaire that asked the women to rate how mild or severe their symptoms were and how often they experienced them. The questionnaire also asked about their activity levels. 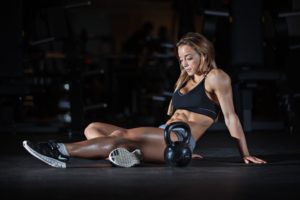 To assess everyone’s upper-body strength, each woman underwent a handgrip strength test. To assess their lower-body strength, they had to perform a few exercises: a repeated chair stand test where they had to stand up from a seated position without using their arms five times as fast as they could; standing with their heel touching the big toe of their other foot for 30 seconds; and standing on one foot for 30 seconds.

Finally, they performed an overall speed test. First, participants walked 6 meters at their normal pace. Next, they performed a balanced walk, where they walked along the same 6 meters but between two lines that were 20 centimeters apart.

“Exercise increases blood flow to the brain, which can lead to new brain cells and better connections between brain cells. In addition, exercise releases endorphins, which boost your mood,” JoAnn Pinkerton, M.D., executive director of the North American Menopause Society and professor of obstetrics and gynecology at the University of Virginia, told Bicycling.

That holds true for exercise in general—say, when you are riding—but is there anything special about pumping iron? 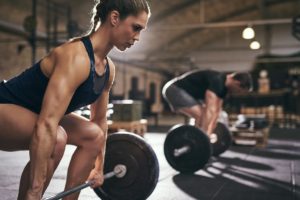 According to a 2010 study in the American Journal of Lifestyle Medicine, strength training specifically may positively affect your central nervous system (CNS). That’s important, since your CNS helps produce many brain chemicals like serotonin, dopamine, and norepinephrine, which are linked to better mental health.

Now, this study only looked at whether strength affected how likely someone was to experiences symptoms of anxiety or depression—not whether lifting actually improves them. Still, it falls in line with past research that has found a mood-boosting benefit to engaging in strength training. According to a 2018 meta-analysis of 33 separate trials (in men and women), resistance training reduced symptoms of depression in adults regardless of how long they lifted, how intensely they worked out, or how many sets/reps they completed.

The bottom line: Adding weights to your regular routine can not only improve your performance, but it could also benefit your mental health.