Can You Handle the 2 Hardest Exercises in the Army’s New Fitness Test? 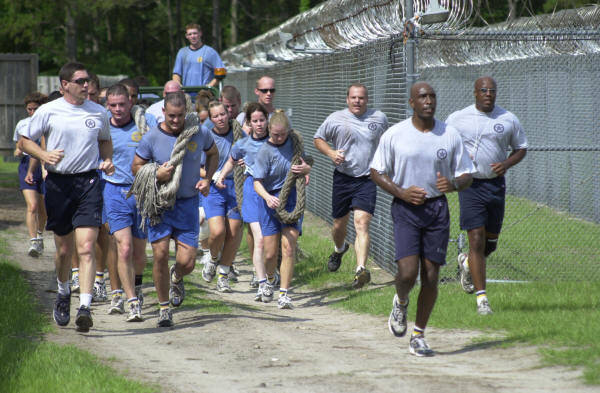 These moves are difficult, but important for your performance as a runner.

In October 2020, the U.S. Army will roll out a new assessment, the Army Combat Fitness Test, to better prepare soldiers for combat and reduce the risk of injury. This new test, which is strenuous but gender- and age-neutral, includes six exercises that all soldiers must be able to perform, but according to the Army Times, two stand out as the most difficult: the Hanging Leg Tuck and the Overhead Throw.

These exercises require core strength—which is important for your performance as a runner—and grip strength, which can tell you a lot about your overall general health. 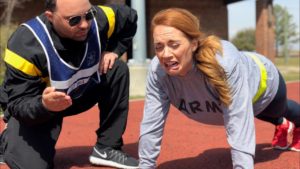 It’s important to include stabilizing, deep core exercises into your cross-training routine, according to Amy Schultz, P.T., D.P.T., C.S.C.S., a physical therapist at Evolution Physical Therapy. She also adds that athletes like runners need to do something besides running since the repetitive motion can lead to injury.

Think of your core like a solid foundation. “You wouldn’t build a house on top of something that wasn’t solid, so it’s hard to be explosive without a strong base,”Schultz adds.

As for grip strength, studies have shown that it can be an indicator for how long you’ll live.

We’re not exactly suggesting you head to the nearest gym and bust out these exercises that even Army soldiers struggle with (if you feel like you can, then by all means, go for it), but there are ways to safely build up the strength to perform them correctly, which will build your fitness in the process.

Here’s how to properly do each exercise—and Schultz’s alternate recommendations for them.

According to the Army Times, “a soldier hangs from a bar with an alternating grip and brings legs to chest.”

Alternate Exercise 1: Schultz suggests using a Bosu ball with the flat side facing up, start in a plank position with hands on top of the flat side of the Bosu, gripping each side, and your feet are on the ground with your core engaged. Then rock back and forth, which also strengthens your anti-rotational muscles.

Alternate Exercise 2: Rows are a good exercise for pulling, Schultz says, which activates your entire posterior chain—a.k.a. the group of muscles on the back of your body (lower back, glutes, hamstrings, traps, and delts). Using rings or a suspension trainer like TRX, grip the rings and hang below so shoulders are directly under wrists. The closer to parallel your body is to the floor, the harder it gets. Engage your back and bed elbows to pull chest up to rings. Repeat. You can also get a similar pulling workout with a row machine.

According to the Army Times, “a soldier hurls a 10-pound medicine ball backward and overhead for distance.”

Alternate Exercise: Plank variations such as a plank with alternating leg extensions, Superman Planks, or Bird Dogs are all good options, according to Schultz.