Does Mask Running Impact Your Performance? 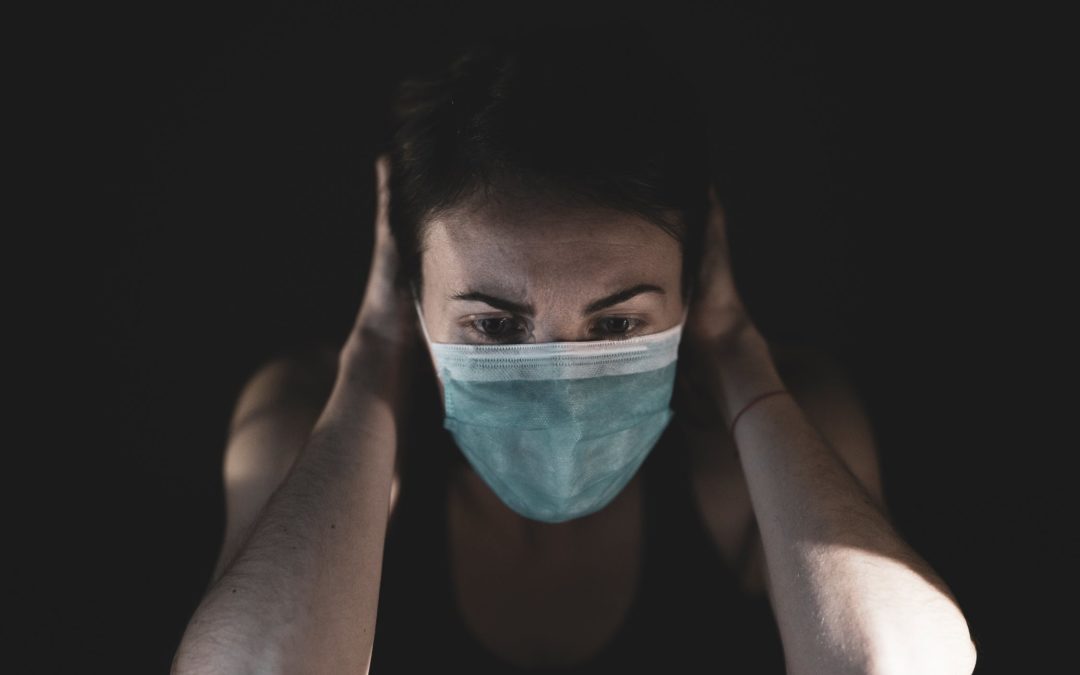 Does it count as hypoxic training and how can you make it feel easier?

This is a rapidly developing situation. For the most up-to-date information, check in with your local health officials and resources such as the Centers for Disease Control and Prevention (CDC) and World Health Organization (WHO) regularly.

Just a few months ago, the idea of heading out to run with your nose and mouth completely covered wouldn’t have even crossed our minds. It would have actually seemed silly. But since the Center for Disease Control issued formal guidanceadvising that people wear cloth face coverings in public to help slow the spread of COVID-19, strapping on a mask after lacing up has become a reality—even a necessity—for most, if not all, of us.

Like so many aspects of life amidst the pandemic, masked running takes some getting used to. You may notice that your pace is slightly slower than usual, or you feel fatigued faster, and you’ll certainly notice the less-than-pleasant sensation of your mask becoming increasingly damp as you run.

That struggle isn’t just in your head. “Running with a mask, or any other type of face covering, is inherently more difficult because you have to work harder to get the same amount of air into your lungs,” confirms Timothy Lyman, certified personal trainer and director of training programs at Fleet Feet Pittsburgh. But running with a mask is also not an entirely new concept—elevation training masks have long claimed to improve lung capacity and oxygen efficiency by simulating high-altitude conditions. And though research is mixed on the actual benefits of ETMs, you may find yourself wondering if the same could apply to cloth masks.

Below, experts weigh in on how wearing a face covering impacts your running performance, ways to adapt your routine to compensate, and whether there could be any upsides.

Do I need to wear a mask when I run?

This depends on a few factors, most importantly: where you live and where you run. The CDC guidelines recommend the use of cloth face coverings “in public settings where other social distancing measures are difficult to maintain, e.g., grocery stores and pharmacies,” but many states and cities have issued their own specific requirements regarding the use of masks, so be sure to familiarize yourself with local guidelines.

As a general rule, a mask is necessary if you’re running in a populated area where you’re likely to encounter other people. If you’re running alone in an area where you won’t encounter others or come within 6 feet (at a minimum) of others, it’s likely not necessary. But keep in mind that wearing a face covering is not a substitute for physical distancing—make sure to still keep at least six feet of distance between yourself and others while running.

Does wearing a mask or face covering count as hypoxic training?

Unfortunately, no. Elevation training masks that claim to create a hypoxic training environment are designed to intentionally restrict the amount of oxygen in the air that the user inhales. Many come with an adjustable valve which allows the user to increase and decrease the oxygen level. Over time, users can train themselves to perform with lower oxygen saturation levels, and thus increase their oxygen efficiency.

This is not the case with the kinds of face coverings that are being worn now to combat the spread of the coronavirus. “When wearing a cloth mask, Buff, or bandana, a runner is not changing the oxygen saturation of the air they are breathing in, but simply breathing in less of that air,” Lyman explains. “The amount of air that gets into the lungs is still comprised of the same oxygen ratio, there is simply not as much of it as the athlete is used to.”

But that doesn’t mean there are no benefits. Wearing a mask or face covering restricts the flow of air into your lungs, Lyman says, which means your lungs have to work harder to get the same amount of air that they’re used to. Over time, this could strengthen the lungs and diaphragm. “You’re going to give your respiratory system a boost,” agrees Hannah Daugherty, CPT-NASM and fitness expert. “Wearing a mask will make you breathe harder and increase your heart rate, while improving the strength of your diaphragm.”

How can I make running in a mask easier?

One major drawback to running in a mask is that the material covering your nose and mouth will gradually become damp, partially from sweat but mainly from the water vapor in your exhalations. This is not only uncomfortable, but can actually make the mask less effective.

One way to counteract this is to try nasal breathing. Exhaling through your nose produces less water droplets than mouth breathing, which could help keep your mask drier. Another benefit to nasal breathing is that it allows you to take advantage of your body’s nasal passageways that are designed to filter allergens and foreign bodies out of the air before they enter the lungs.

“The body has this built-in filtration system that we just don’t typically use a lot, because we’re used to getting as much air in as possible through the mouth,” says Steve Stonehouse, USATF-certified coach and director of education for STRIDE. Inhaling through your nose means that even if you’re using a cloth mask which doesn’t have a filter, you’ll be a little more protected in the unlikely event that viral particles are present in the air you’re breathing. Nasal breathing also gives your lungs more time to extract oxygen from the air you’ve taken in, Stonehouse says, because you exhale slower through the nose than through the mouth.

But nasal breathing can be challenging if you’re not used to it, and you should introduce it into your regime gradually. “It takes some training,” Stonehouse acknowledges, “because you just can’t get as much air in at once; your nostrils are smaller. A lot of runners find they can keep up nasal breathing for a while, but once the intensity level gets over a certain amount, if you’re not trained, you’ll just feel like you have to get air in as fast as possible, and you’ll go back to breathing through your mouth.”

Lyman suggests that pace is the first thing a runner should look to control if they’re transitioning into running with a mask on. “Initially, the same amount of effort that a runner is used to is simply going to result in less output, so my recommendation is to keep your pace slow and manageable while you get used to the mask,” he says. Lyman also suggests either nasal breathing or diaphragmatic breathing, but recommends practicing this throughout the day rather than just during runs, in order to get into the habit and “condition the lungs for what they will experience during exercise”.

How should I pick a mask to run in?

Whether you choose a homemade or store-bought cloth mask, a Buff, or a bandana, your primary concerns should be comfort and cleanliness, Lyman says. “The mask should not cause irritation, should fit snugly on the person’s face, and should be kept clean.” Ideally, you should keep several masks on hand so that you can rotate through different options, washing each mask after every run. You’ll also want to choose a porous material that allows you to breathe freely. If your mask makes breathing at rest noticeably more difficult, it’s not a suitable choice for a run.

Will I see an improvement in my performance when I go back to running without a mask?

In all likelihood, yes. Even though the mask may diminish your performance for the first few times you wear it, your body will ultimately adapt. “If a runner were to wear the mask or face covering for several weeks or months, the lungs could continue to build strength,” Lyman confirms.

“Once the mask is removed, the lungs will have the ability to intake and absorb more oxygen, which would most likely result in a performance increase.” Think of this as similar to the effect of running a flat route after several weeks of hill training: Your body adapts to the tougher condition and will likely perform better once it returns to the easier condition.

So if you’re feeling demoralized by a tough masked run, take heart in the thought that it’ll probably pay off down the line. Besides, with races canceled and postponed, now isn’t the time to try and smash your PR. Instead, focus on maintaining a running routine that feels manageable, supports your mental health, and allows you to adhere to social distancing rules. Cumbersome as a mask might be, it’s a small price to pay for getting those treasured miles in.