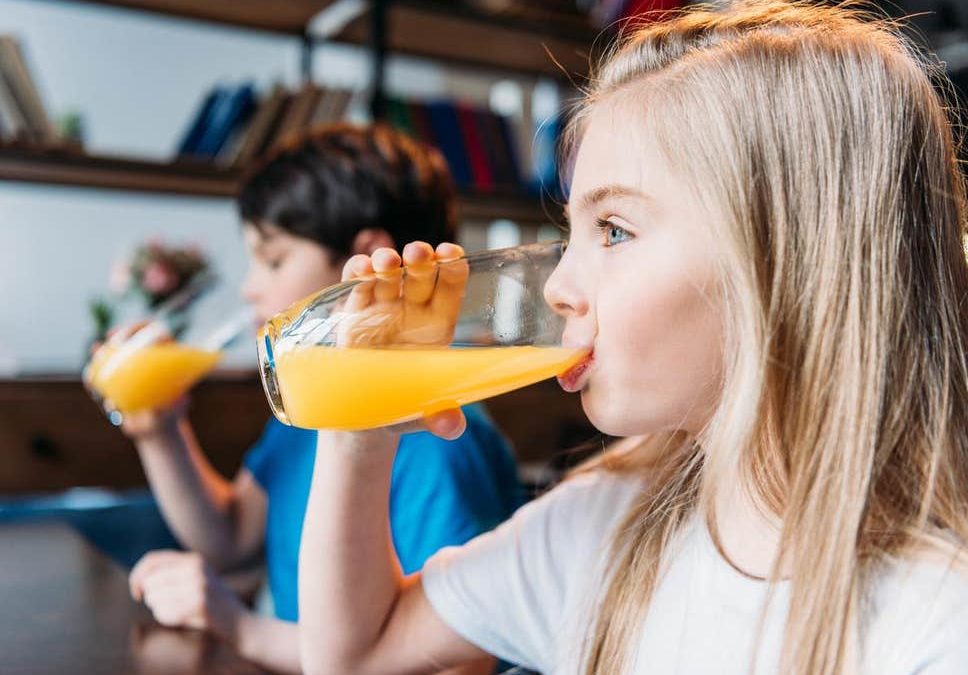 There’s fresh evidence that drinking sugar — whether in 100% fruit juice, soda, or sweetened coffee and tea — may increase your risk of developing cancer.

A new study of more than 100,000 healthy adults suggests that regardless of who you are and how healthy your lifestyle may be, if you drink sugar (be it natural or artificial) you are more likely to develop cancer than someone who opts for unsweetened beverages.

“The results regarding fruit juices may be surprising because fruit juices have a healthy image,” lead study author
Mathilde Touvier told Business Insider.

But Touvier noted that when you compare the amount of sugar in a serving of fruit juice to soda, the drinks are remarkably alike, so it shouldn’t be a shock that juices might hurt our long-term health.

“They contain some vitamins, a little bit of dietary fibers, and no food additives,” Touvier said. “But they also contain lots of sugar.”

The results of her study, which was published in the BMJ today, suggest that regardless of other factors like how old a person is, what their family history may be, how active they are, how much schooling they’ve had, or even whether they’re on birth control, people who drink more sugar tend to get more cancer.

The finding does not prove that sugary drinks cause cancer, but the association is “significant,” the study authors said.

Following sugar drinkers around for years

This isn’t the first time that sugary drinks have been linked with bad health outcomes. Previous research has also suggested that drinking more juice increases a person’s risk of death and ups the odds that they may develop heart problems, Type- 2 diabetes, or die from cancer.

But this study is one of the first that aims to untangle the dangerous effects of sugar on the body from the consequences of weight gain, metabolic problems, and heart issues that are often a side effect of drinking sweet beverages.

The new study relied on data from 101,257 French adults who participated in the NutriNet-Santé study between 2009 and 2017. The giant study tried to control for all kinds of health factors: The authors accounted for people’s weights and heights, exercise and eating patterns, education, family cancer history, and other potentially confounding factors.

The researchers then checked in on the participants from time to time during the multi-year study, occasionally asking them detailed questions about what they ate over 24-hour periods. The scientists included all manner of sugary drinks in their analyses: carbonated and un-carbonated soft drinks, syrups, 100% fruit juices, fruity drinks, sugar-sweetened hot beverages, milk-based sweetened beverages, sports drinks, and energy drinks.

Then, the researchers tallied who got cancer. According to their analysis, it didn’t matter much which kind of sugar people slurped: Those who drank just 3.3 extra ounces of sugar per day increased their risk of cancer by 18%.

When soda and other artificially sweetened beverages were left out of the calculations, the data still showed that a person who drinks an additional 100 milliliters of juice per day (3.3 ounces) can increase their cancer risk by 12%, compared to someone who drinks less or no juice. (The findings suggested an especially strong correlation for breast cancer in women.)

“I think juice is a little more complicated than people realize. White grape juice and apple juice are very high in sugar, and that’s essentially the same as drinking a soda,” Vasanti Malik, a nutrition researcher at the Harvard T.H. Chan School of Public Health who was not involved in the new study, told Business Insider. “Certainly the evidence linking juice to a number of obesity and potential cardio-metabolic health concerns has me being more cautious with my kids about drinking juice.”

A little bit of juice might be fine, though

Juice functions similarly in the body to soda and sweetened tea, Malik said, since they all lead to a “surge in blood glucose” when they’re digested.

So “it’s not so surprising” that all of these types of sugary drinks appear to be linked with cancer, she added.

In addition to raising one’s chances of obesity and diabetes, those same blood sugar spikes might help cancer along, Malik said.

However, she is not ready to villainize all pulverized liquid fruits just yet. The new study was an observational one, so it could simply be the case that more sick people are drinking more juice, or some other confusing interplay is at work. There’s no way a study like this could perfectly measure confounding factors like that.

“Juice contains vitamins, it contains antioxidants which are beneficial for cardiovascular health and possibly cancer, but then the high sugar levels in juice are adverse. So it’s kind of tough,” Malik said.

She said she hopes to see more rigorous studies, especially some randomized controlled trials, to get a better sense of how different juices impact our bodies over time.

For now, Touvier said that if you like juice, it’s fine to enjoy a little bit on occasion.

“The idea is not to avoid totally drinking any, any, sugary drinks or food juices,” she said. “It’s just to balance this in our diets, and to drink less than one glass per day.”

The World Health Organization agrees with this advice: The agency suggests that people get no more than 10% of their daily calories from “free sugars,” whether they be in sweet beverages, candy, honey, or natural syrups. The US Department of Agriculture (USDA), on the other hand, only cautions people about the dangers of added sugars, recommending that people limit those to 10% of their daily calories.