Drugs With Potentially Serious Side Effects For Athletes 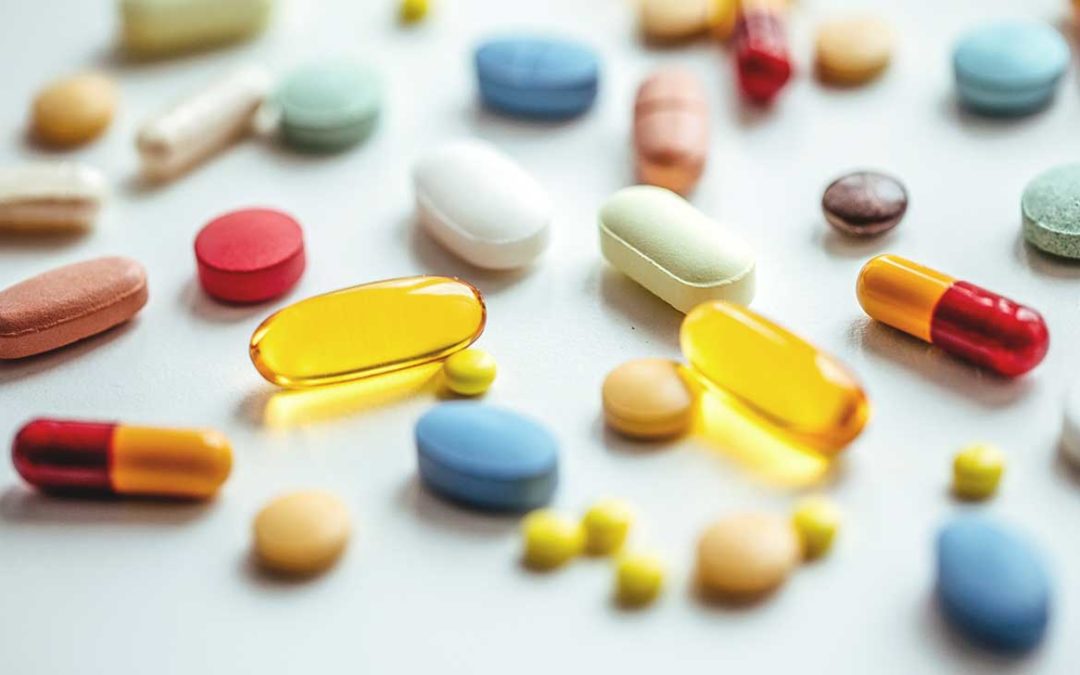 Both prescriptions and over-the-counter meds may pose a risk.

Taylor Ceepo was only 22, a star soccer player freely graduated from Walsh University, when she lined up for the Cleveland Half Marathon on May 19.

But less than a quarter-mile from the finish, Ceepo collapsed and died. The cause was sudden cardiac death due to a combination of factors: physical exertion, pseudoephedrine use, and a hidden heart condition called cardiomyopathy. The manner of her death was ruled an accident, the Cuyahoga County Medical Examiner’s Office confirmed to Runner’s World in August.

The sad scenario illustrates a basic truth: “There’s no question that running is good for us, but we’re not superheroes,” says ultrarunner Carolyn Smith, M.D., a family physician who treats collegiate athletes at the Marquette University Medical Clinic. “We all can potentially have underlying medical conditions that running just isn’t going to fix.”

What’s more, some common over-the-counter or prescription medications—like the stimulant pseudoephedrine, found in Ceepo’s system, which is an active ingredient in decongestants like Sudafed—may exacerbate underlying medical issues or otherwise prove risky for runners.

If you’re taking medications long-term, it’s always a good idea to make sure your doctor knows about your training habits, says Timothy Miller, M.D., director of the endurance-medicine program at The Ohio State Wexner Medical Center. Even better: Consider finding a physician who specializes in or at least understands athletes.

In some cases, the timing or doses of your drugs can be adjusted to reduce the risk of harmful secondary effects, or even to make sure they’re working the same way they would in a sedentary person. There might also be an alternative that solves the same problem but with fewer runner-related risks.

Even if you can’t alter your regular regimen, you can at least be aware of the hazards a medication poses and watch out for early warning signs you’re developing complications. The same holds true for short-term prescriptions or over-the-counter treatments—knowing the risks can help you decide whether it’s worth the benefits of taking them, and if so, how to know when to stop, Smith says. Here, five to ask about specifically.

This drug, found in decongestants like Sudafed, shrinks the blood vessels in your nose, which reduces swelling and drains fluids to relieve congestion. But that same constriction of veins and arteries also makes your heart work harder to pump blood through your body.

If you’re taking it to treat a respiratory infection in the first place, that adds to the potential danger to your heart.

“Your whole metabolic rate is increased from baseline because it’s trying to fight this infection, and then you add the demands of exercise; that workload becomes even harder,” Smith says. “Then you throw in medication and it just was too much even for a young female. It would be obviously even more difficult for an older individual.”

According to the coroner’s report, Ceepo also apparently had cardiomyopathy, the name for a group of heart muscle conditions that are often hereditary and frequently undiagnosed. If you have a family history of cardiomyopathy or similar heart problems—or if you have ticker troubles of your own, including high blood pressure you control with medications—it’s not a good idea to take pseudoephedrine while you run.

Doing so can decrease your heart’s effectiveness over time, and also lead to sudden events like Ceepo’s. Early warning signs might include dizziness, headache, or a pace that suddenly feels a lot harder—if you experience them, it’s a good idea to pull the plug on your race or workout, Smith says. But in other cases, fatal arrhythmias can strike with no warning signs at all.

Many manufacturers have swapped pseudoephedrine out of decongestants, relying instead on an ingredient called phenylephrine, which you can find in products like Sudafed PE. They don’t always work as well at relieving congestion, but they pose fewer risks to your heart, says Smith.

Prescribed to battle harmful bacteria that cause illnesses like pneumonia and serious sinus infections, this class of antibiotics has a particularly treacherous side effect for runners: tendon damage, including ruptures of the Achilles tendon.

Experts aren’t exactly sure why this occurs, Smith says; the drugs somehow directly affect the collagen matrix, blocking your body’s ability to repair damage to this critical connective tissue over time. And since you’re straining your tendons already with each stride, the combination can be catastrophic.

The risk is serious enough that the U.S. Food and Drug Administration (FDA) stepped up warnings on the drugs in 2016. (Last year, they also cautioned of mental health effects and low blood glucose linked to the drugs.)

In light of these dangers, these bacteria-fighters—including Levaquin (levofloxacin), Cipro (ciprofloxacin), or essentially any that ends in -floxacin—are no longer frequently prescribed. There are often other options that work just as well. But their effects often linger, sometimes for years after a short course. Miller has taken to asking any patients he sees with tendon issues whether they’ve taken this drug in the past. “It’s almost shocking” how many have, and how few were aware of the danger, he says.

If your doctor says there’s no alternative to these drugs, you might want to alter your training during the course of treatment, Miller says. Steer clear of plyometrics, speedwork, and hills, which put excess strain on the tendons in your heel, knee, and hamstrings. And if you feel any pain in any tendon, stop what you’re doing and check in with your doctor, Smith says.

Another reason to be wary: Fluoroquinolones (along with clarithromycin and erythromycin, though not the more widely used azithromycin) exacerbate another heart rhythm problem that’s often hidden and frequently fatal in young people, called long Q-T syndrome, Muhlestein says. If you’re taking these drugs, he advises getting an electrocardiogram before running to make sure you’re in the clear.

Some runners pop ibuprofen (Advil) and naproxen (Aleve) like candy for aches and pains, and people with chronic conditions like arthritis may wind up with prescriptions.

“In the short term, it’s probably fine to use it every now and then for a few days at a time to calm down an injury,” Miller says. “But if you’re taking them regularly just to get through a day or to get to a workout, that’s when your risk factors go significantly up.”

NSAIDs work by reducing levels of hormones called prostaglandins—this effect eases symptoms like redness and swelling, but also constricts blood vessels and increases blood pressure in many people, making the heart work harder. And, it causes tightening of the arteries and also of tiny filtering devices called tubules and arteries in the kidneys, meaning these important organs can’t work as well to filter waste from your body.

“If you go out and exercise, you already are shunting a little bit of blood from the kidneys to the exercising muscles,” Smith says. NSAIDs pose a double whammy. “Add dehydration on top of it and you have a risk of really damaging your kidney acutely or even leading to chronic kidney damage.”

Finally, prostaglandins also protect the lining of your stomach and intestines from damage. If you pop NSAIDs on the run—particularly without much food in your gut to protect it—you run the risk of gastrointestinal bleeding, Smith says.

For all these reasons, especially the kidney risks, she advises her athletes to use acetaminophen—that’s the active ingredient in Tylenol—for pain. And, she warns them it’s typically a bad idea to medicate so they can continue running through worsening injuries; rest or treatments like physical therapy would probably be better alternatives.

Miller sometimes prescribes a topical anti-inflammatory instead, which has fewer side effects. And if he has patients who have a chronic condition that requires long-term NSAID use, he typically recommends taking them for no more than three months at a time, with three-month breaks in between.

One final caution: Many cold and cough medicines contain combinations of anti-inflammatories and decongestants. Check labels carefully to see what you’re taking—multiple products that raise blood pressure, such as pseudoephedrine and ibuprofen, could pose additive dangers, Smith says.

While a regular running routine can help keep cholesterol in check, some people have genetically elevated levels that no amount of exercise or healthy eating can alter. In these cases, statins can stand as an effective way to bring cholesterol levels down, preventing heart attacks and death in people who have coronary artery disease (and the development of the condition in people who don’t have it already), Muhlestein says.

Some studies have also linked statins to tendon damage, while others place them in the clear. Muscle pain is a well-established side effect, Muhlestein says, though it’s not always completely clear if it’s the statin that caused them. Some people may be motivated by their high cholesterol levels to start working out around the same time they start statins, and blame the drugs for soreness that results from pushing their bodies in a new way.

However, statins do increase the risk of rare but more serious condition called rhabdomyolysis, a complete breakdown of muscle tissue. In rare cases, this can cause serious damage. The higher the dosage, the greater the risk—and the danger compounds when you’re dehydrated or subjecting your body to more stress than it can handle (say, running a half marathon without training), Miller says.

To reduce your risk, stay hydrated and ramp up your training slowly, he suggests. This goes for running as well as other types of exercise—rhabdomyolysis can also occur during or after weightlifting or workouts like CrossFit. Watch out for early warning signs, which include dark urine, pain in your back near the kidney area, along with severe pain in one affected muscle group, such as the lower leg or upper leg.

Muhlestein points out that chances of this type of serious complication are low, and that for many people, statins prevent life-threatening events like heart attacks and strokes. So, your benefit-risk calculation here might be a bit different than, say, taking a cold medicine. If you’re worried about risks like rhabdo while you’re taking statins, you can also ask your doctor to check your liver enzymes and track levels of creatine kinase, a protein that forms when muscles break down.

A steroid shot every once in a while to reduce the inflammation of an injury probably won’t cause you major harm, Miller says. But if you have to take drugs like prednisone long-term—for conditions like arthritis, blood disorders, or immune-system problems—should know that they can leach calcium from your bones, weakening them over time.

Especially when combined with the repetitive impact of running, this could to stress reactions and stress fractures, he points out. Talk with your doctor about the dangers; you might be able to add a bone-strengthening drug to your regimen to balance out the risk.