How to Carry Water on a Run or During a Challenge 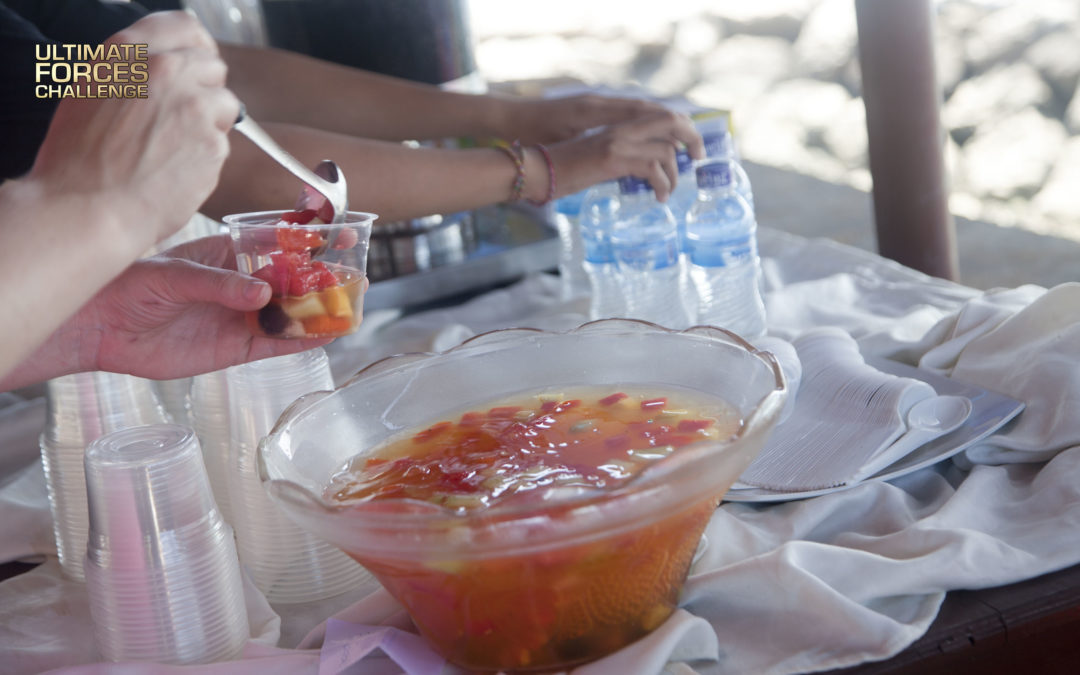 No one really looks forward to lugging a load of fluids with them, but there are ways to do it comfortably.

It’s time for summer running, which means it’s a lot easier to get out the door for a run. You may be like one of the many who think carrying things on your run is the worst. But when the alternative is becoming dehydrated during your workout, you might want to consider bringing some H2O to your run. 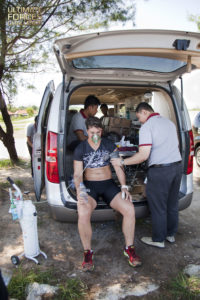 Water and air are the main courses you’ll need

“Most runners strategically pick their clothes, sneakers, and training plans, but have no plan for staying hydrated,” says Craig Horswill, Ph.D., clinical associate professor of kinesiology and nutrition at the University of Illinois at Chicago, adding—no surprise here—that this is a problem. On the light end of the spectrum, dehydration can cause a headache and screw up your run, and on the severe side, it can lead to heat stroke, which can be deadly.

We know carrying water in addition to everything else (keys, gels, and phone) isn’t ideal, but there are plenty of good options available now for every type of runner. Here are some pros and cons.

The 4 Best Ways to Carry Water on the Run

For when you need some liquids and extra gear

Super lightweight and easy to stash when empty

A comfy waist belt that won’t dig into your sides

Some coaches argue that a handheld bottle will throw off your weight and thus your form. But two small handhelds (one in each hand for even weight distribution) are a good option for shorter long runs. “A simple handheld will do the trick for shorter runs less than two hours long,” says Patrick Caron, an ultrarunner who holds the record for fastest 100 miles run by a 19- and 20-year-old. “Flasks are great because they’re there when you need them, and you can stash them when you don’t,” Caron says. 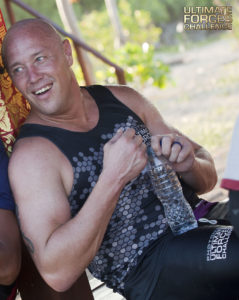 Wherever you go, bring water

If you only want one, pass it back and forth between hands each mile—it’ll prevent you from developing imbalances and give you something to focus on as the miles tick by.

If you prefer to stow your necessities on your waist, a lumbar pack or belt can help you stay hydrated on both road and trail. Placing the weight of water on the small of your back in the center is the best place to distribute that weight without throwing off your form. Plus, packs have room to stow your fluids and other fuel or gear you may need such as gels, snacks, or sunscreen.

If bottles and belts aren’t your jam, try a running vest, which is popular among trail and ultra runners. A vest works similar to a backpack in that it evenly distributes the weight on and around your core. 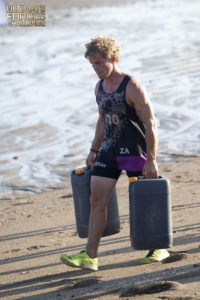 Running hydration vests are also super streamlined to stay close to the body, just be sure to test yours out on some shorter runs first to make sure there are no issues with chafing.

Determining your hydration plan is both complicated and simple. “Everyone requires different amounts of water during their run,” Horswill says. But it’s easy to figure out how much you need with this strategy:

First, weigh yourself nude right before a run. Next, run around your race pace for one hour, keeping track of how much you drink (in ounces) during the run. (If it’s during the summer, hopefully you’re drinking something!)

After the run, strip down, towel off any sweat, and weigh yourself nude again. Subtract your weight from your prerun weight and convert to ounces. (One pound equals 16 ounces.) Then add to that number with however many ounces of liquid you consumed on your run. For example, if you lost a pound and drank 16 ounces of fluid, your total fluid loss is 32 ounces.

To determine how much you should be drinking about every 15 minutes, divide your hourly fluid loss by 4 (in the above example it would be 8 ounces). Because the test only determines your sweat losses for the environmental conditions you run in that day, you should retest on another day when conditions are different to see how your sweat rate is affected. You should also redo the test during different seasons, in different environments (such as higher or lower altitudes), and as you become faster, since pace also affects your sweat rate.

Horswill also warns against over-hydrating, which can be fatal in extreme cases, so you shouldn’t weigh more than your starting weight when you come back. Do this test periodically throughout the year since your hydration needs will change based on the season and how well you’ve acclimated to the heat. (Find some estimates based on your weight here: Hydration Chart by Weight.)

Understanding your personal sweat rate is important because loading up on water all at once isn’t the best hydration strategy. “The idea is to replace sweat as you lose it, plus a belly full of fluid isn’t very comfortable,” Horswill says.