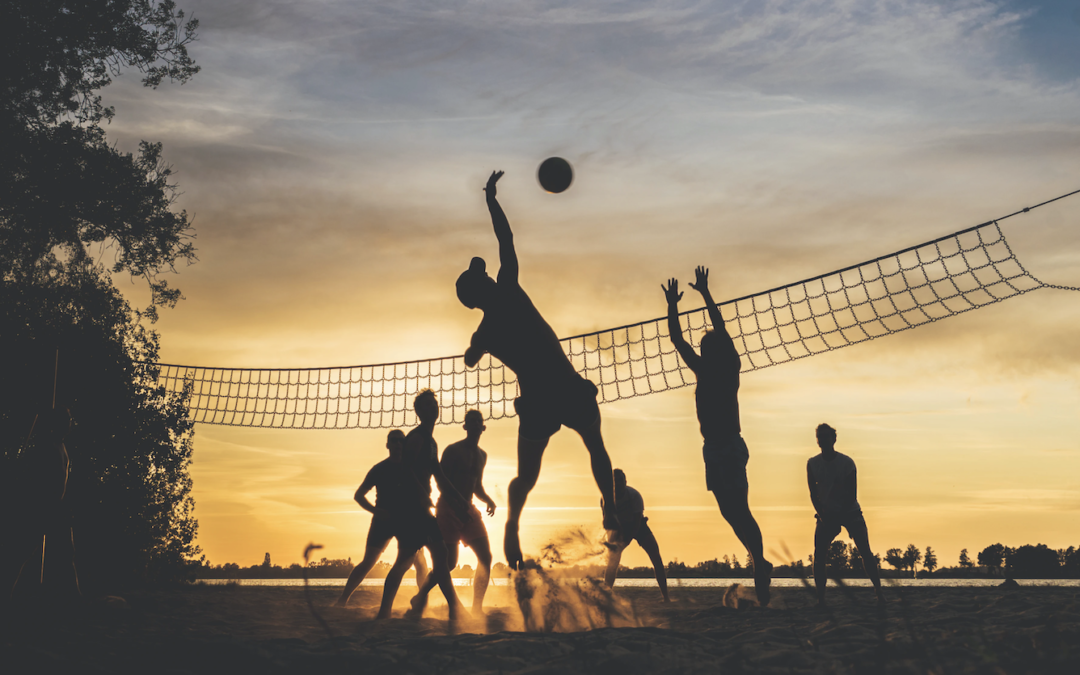 Norway’s beach handball team is facing a fine after the players refused to wear bikini bottoms in a match, instead competing in non-regulation shorts.

The Norwegian handball federation said Monday it was ready to pay the possible fine after the women’s team defied official regulations.

The Scandinavians wore shorts instead of the bikini required by the International Handball Federation’s (IHF) rules in their bronze medal match against Spain at the European Beach Handball Championship in Varna, Bulgaria, on Sunday.

It doesn’t get any crazier than this. On what legal grounds are women forced to wear tiny bikini’s while they don’t feel comfortable in such an outfit? 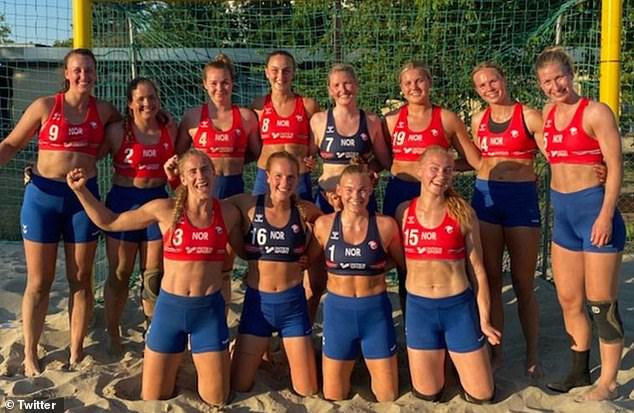 Norway’s beach handball team is facing a fine after the players refused to wear bikini bottoms in a match, instead competing in non-regulation shorts (pictured)

In doing so, they risked a fine of 50 euros per player per match according to Norway’s Katinka Haltvik, quoted by public broadcaster NRK.

‘Of course we would pay any fine,’ Norwegian Handball Federation president Kare Geir Lio told AFP on Monday. ‘We are all in the same boat,’ (he?) added.

The issue has been debated in beach sports circles for several years as some players find the bikini degrading or simply impractical.

Ahead of the European Championship, Norway approached the European Handball Federation to ask for permission to play in shorts, but were told that breaches of the rules were punishable by fines.

‘The most important thing is to have equipment that athletes are comfortable with,’ Lio said, adding that ‘it should be a free choice within a standardized framework.’

The European Handball Federation said it was aware of the episode but had not yet decided on whether to sanction Norway.

We salute Pink for stepping up for these Norway’s ladies who hold their ground feeling offended as we agree.

A true love for respect.