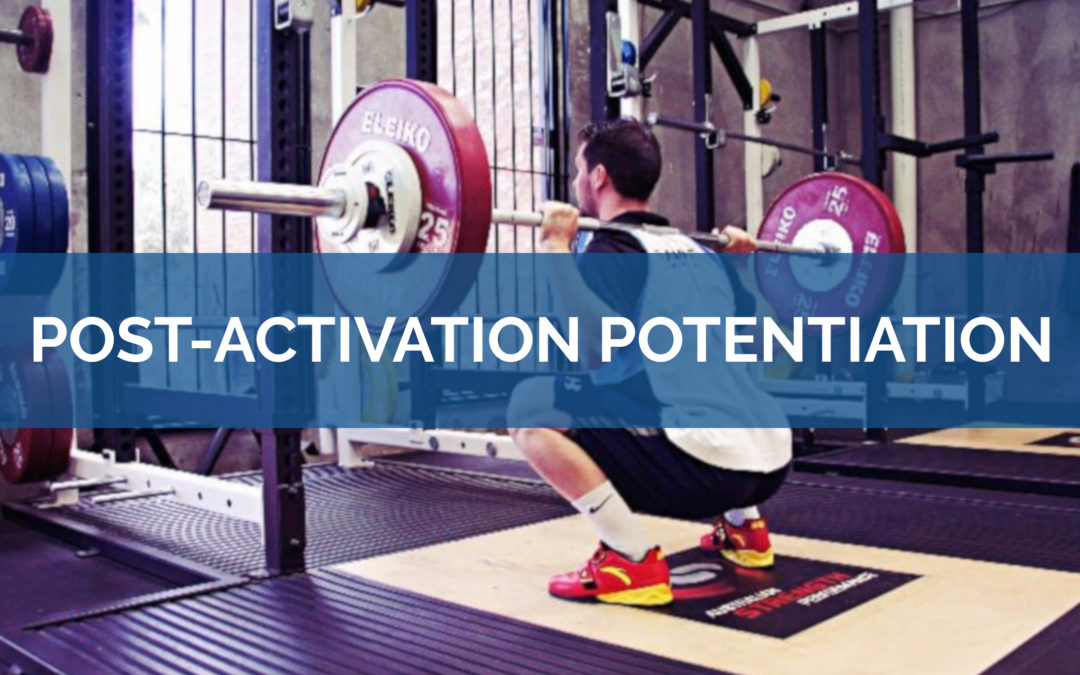 If, like me, you’re obsessed with the pursuit of speed, during your hours of internet trawling and book reading you will undoubtedly come across the term “PAP” (post-activation potentiation). You’ve likely already seen people using it, and even put the concept into action many times yourself. Sled sprints? Box jumps during a weight session? Both apply PAP.

Though you may be familiar with the effects of PAP from a traditional contrast-based training method, through the use of blood flow restriction (BFR) or occlusion training, I believe the same, if not better, results can be achieved.

I call this area of potentiation, occlusion-induced potentiation (OiP). I believe this method has a greater potential for motor unit recruitment and enhancement of type IIx muscle, and due to its ease of use and tolerability, it can be repeated on a more frequent basis than traditional PAP methods. And, as we all know, speed needs to be rehearsed as often as possible in order to improve! 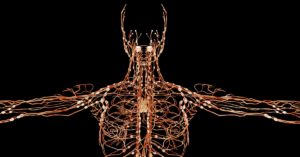 What Is Post-Activation Potentiation?

The implementation of PAP brought me to my current thought pattern about OiP. As we know, PAP is well established as being a crucial element to any athletic development and training program, either in the gym with squatting followed by something like a box jump or sessions on the track pulling a sled followed by a free sprint.

The action of the potentiating exercise is to recruit the motor units for the exercise that follows. Usually, this is achieved by using a heavier stimulus to engage the bigger fast twitch muscle fibers that require a little more effort to switch on. And, by utilizing the Fitness Fatigue model, we have a window of opportunity to elicit a greater performance (or training load).

In fact, there are two primary outcomes to using variants of PAP. The traditional, well-known one is generally used for “muscle unit activation,” and I believe this is, of course, a crucial element that OiP also brings. The second is what sprint coaches, including Jonas Dodoo, refer to as “cognitive adaptation”—this is the learning element of the potentiation. We know that a potentiation exercise usually starts with a restricted exercise performed at a slower speed. This enables the athlete to be in a position longer, and therefore helps them “learn” the position and cognitive feeling. From there, they’ll be able to replicate it.

I postulate that this element of potentiation is further enhanced with the follow-up exercise. Apart from having a greater initial number of active motor units, the body has now learned to utilize them at this new given output level. The follow-up exercise reinforces that pattern neurally, not just by performing the initial exercise at a “learning” pace.

As I will discuss later, by using OiP, the occlusion element can be performed with less intensity, allowing the athlete to focus on technique without compromise. 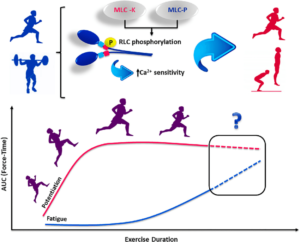 The French Contrast method takes advantage of high motor unit recruitment using heavy weight, then uses plyometrics to stimulate the nervous system, next applies light weight at high speeds, and follows up with an overspeed movement. French Contrast has recently been implemented across the world of athletic development in some shape or another, and I’m sure there are those among us who have been doing a derivative of it for much longer. Science catches up to the coaches, eventually.

If you haven’t heard of French Contrast style training, here is a quick template:

In short, French Contrast is two “waves” of potentiation-based training, all within one set.

This form of potentiation brings the element of an assisted exercise into the training mix. If you follow coaches such as Cal Dietz, you will not only be aware of the triphasic method of training, but also the use of assisted band jumps or even drop weight jumps. These are training elements designed to overload from a contraction speed and power perspective, allowing a faster contraction through the required range of motion. (Keep that in mind as we move forward.)

One problem with these contrast potentiation routines is fatigue. If it takes an extra few days to recover, we’re likely staying stagnant rather than moving forward, says @StewGodiva. CLICK TO TWEET

One problem with these potentiation routines is fatigue. In this case, we now refer to the chronic fatigue built up by the sessions either within the micro or macro training phases. The reason why these sessions work is because they really make the body have to adapt to a greater and increasing load. But, as we all know, in the world of speed, fatigue is the enemy. If it takes an extra few days to recover, we’re likely staying stagnant rather than moving forward.

I’ll say it again: Speed needs to be rehearsed as often as possible in order to improve!

How Does Blood Flow Restriction Fit In?

In the world of strength and conditioning, and even in sports rehab, there has been an ever-increasing use of blood flow restriction in order to assist muscular development and rehabilitation, which is very, very interesting!

Blood flow restriction training is low-intensity resistance training performed using a loose tourniquet-style wrap around the top of the working limb, allowing arterial blood supply but occluding venous return. This reduces the amount and speed at which blood returns to the heart and restricts muscle by-products from escaping during rest periods, thus increasing metabolic and mechanical stress. As a result, fast twitch muscles are activated earlier than they would be under normal conditions.

Exercise-induced mechanical tension and metabolic stress are the proponents to a number of mechanisms for the induction of muscle growth, including increased fast-twitch fiber recruitment, muscle damage, systemic and localized hormone production, and the production of reactive oxygen species and its variants (including nitric oxide and heat shock proteins).

To elicit muscle growth, you need to add more protein to your muscles than you break down. And this is where BFR use really gets its glory, says @StewGodiva. CLICK TO TWEET

To elicit muscle growth, you need to add more protein to your muscles than you break down. And this is where BFR use really gets its glory. 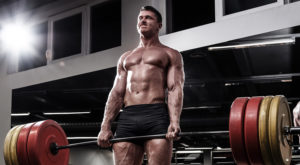 In layman’s terms: The buildup of waste products from energy production results in enhanced muscle growth and hormonal benefits, including elevated growth hormone levels. See 1 and 2 below for why this is important.

In layman’s terms: Growth hormone levels go up, which helps make you stronger, leaner, and healthier.

There is an increase of type IIx muscle fiber with the use of blood flow restriction training, says @StewGodiva. CLICK TO TWEET

Yep, that’s right, you read it correctly: There is an increase of type IIx muscle fiber with the use of BFR training. And, of interest to those among us who find that very exciting information, the two studies below should certainly grab your attention.

Occlusion-Induced Potentiation (OiP) – A Look to the Future

I’ve been doing personal research and experimentation on using BFR as a PAP precursor to sprints (flys or even overspeed/assisted sprinting) in order to increase motor unit recruitment prior to the main element of firing the twitch for speed development. And this is where I’ve introduced OiP (occlusion-induced potentiation) into my program.

Looking back at the Section 1 review, the main issue with contrast training methods is fatigue. The two studies referenced above highlight a huge benefit of occlusion (BFR) training, in that fatigue is extremely low, and yet the results show an increase in motor unit activation and type IIx muscle fiber recruitment. This could then replace the “heavy” resistance exercise we have historically used to start the potentiation cascade within our athletic training sessions (or, at the very least, enhance it).

A simple format is performing “strides,” 4-6 runs (70%) to activate and then move on to your next element of the PAP training cycle. Or, you can perform your skills/drills warm-up while occluded.

This can be further enhanced by implementing the concept into the French Contrast Method, eliminating the need for a heavy gym environment. In this case, by using BFR, a much lower weight of 20-30% can be utilized (this can very easily be the weight of a partner on your back or a sand bag).

Usage within a track speed session would be an amendment of example 1 highlighted above, simply replacing the resisted method with BFR runs.

If we follow this on from the discussion of French Contrast and the development of assisted jumps as part of the complex, we can possibly move further forward with the OiP process and introduce an assisted speed method, using tools such as downhill running or the 1080 Sprint.

What I have been able to identify from personally training and utilizing this method with my athletes is repeatability and increased activation. I have yet to completely remove traditional PAP methods with all my athletes, but I have already seen similarities with comparable sessions such as fly sprints.

After a grace period of around 10 days where the athletes are adapting (around four sessions using OiP), the benefits commence during the following sessions, where athletes perform the OiP runs followed by timed sprints through gates. Within a couple of runs, they hit the same times as those using a traditional method; however, they have been able to run at least one extra rep within that same achieved time. This, of course, means they are running at a potentiated and neurally enhanced speed more often, which is the key to speed development.

Athletes performing OiP runs followed by timed sprints through gates are running at a potentiated and neurally enhanced speed more often, which is the key to speed development, says @StewGodiva. CLICK TO TWEET

We have also introduced this into a bespoke session that includes OiP by being occluded while striding uphill for a few runs, followed by a series of free assisted/overspeed runs down a low gradient hill. The benefit of this session is in the nature of perceived or actual effort required to get the stimulus. Seventy-percent runs occluded, followed by downhill running, require very little perceived effort. (I instruct athletes to simply let gravity do the work.)

I have timed the downhill elements through gates on occasion, and they are performed at a greater speed than flat sprints from a time perspective and also a slight increase in stride rate.

I look forward to seeing the long-term benefits that can be achieved with this method of training with my athletes—and, of course, also seeing how others use this method.