The Fitness Experience As We Knew It Is Dead 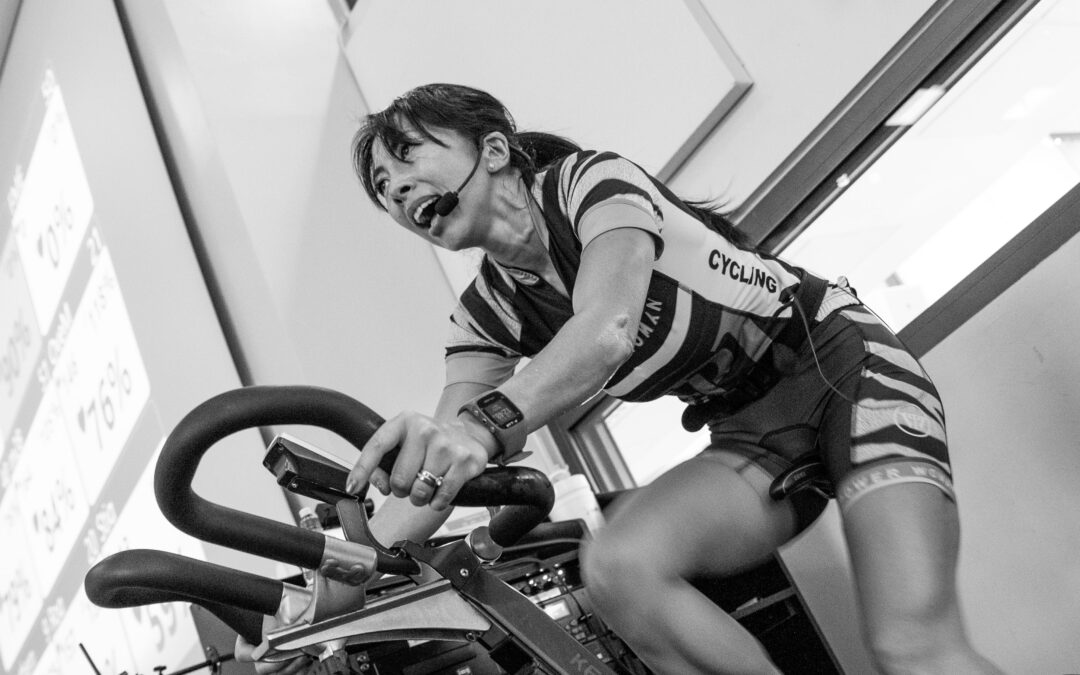 When Flywheel Sports, the revolutionary spin class with a cult following, announced it was permanently closing its doors in September, other studios saw an ominous sign in the world of boutique fitness.

“When it’s as big as Flywheel, that’s when it really gets noticed. That’s exemplifying what’s going to happen over the next 6 months,” said Amanda Freeman, founder of SLT NYC, a pilates studio with locations in several states, including New York and New Jersey.

Flywheel was once widely lauded as a paragon of success, expanding to 42 studios since its founding in 2014. In March, the company laid off 98% of its staff. Flywheel declared bankruptcy September 15, joining the ranks of fitness corporations like Gold’s Gym and New York Sports Club parent company Town International Sports, which have had to permanently shutter locations and liquidate assets in response to pandemic-induced closures.

Six months into the pandemic, the boutique fitness industry is now facing a crisis.

The business of small, often exclusive or luxury spaces, group exercise classes, and typically a specialization (such as high-intensity interval training, or HIIT, barre, spin, or pilates), has boomed in the past decade.

“The big success was built on that idea that you could have an experience with an individual rockstar trainer or the brand identity and community,” said Jared Kaplan, owner and founder of Studio 26, once called the “WeWork” of fitness, providing a co-working space for fitness professionals.

“People really identified with the experience they were having rather than being a cog in a big box gym, whether that was a dark class with pumping music or a really serene, meditative studio.”

But that highly successful model of home-away-from-home studios with showers, saunas, and luxe changing rooms may be a thing of the past. Instagram-worthy ambience, amenities, and a trainer that remembers your name may not be enough to entice exercisers back into the studio, given evidence that the virus spreads more easily indoors.

To compete with the at-home fitness industry that’s booming during the pandemic, boutique fitness has to also adapt to meet clients where they are now, which is increasingly at home. And under intense economic and social pressure, studios that are unable or unwilling to change rapidly may not survive at all.

Even prior to COVID-19, the industry was being squeezed by platforms like ClassPass, which offered subscribers credits to attend multiple studios, rather than faithfully subscribing to one. While boutique studios typically charge a premium per-class fee, ClassPass leveraged lower prices by helping to fill classes.

The pandemic, when it did hit, exposed additional vulnerabilities in the boutique fitness industry. 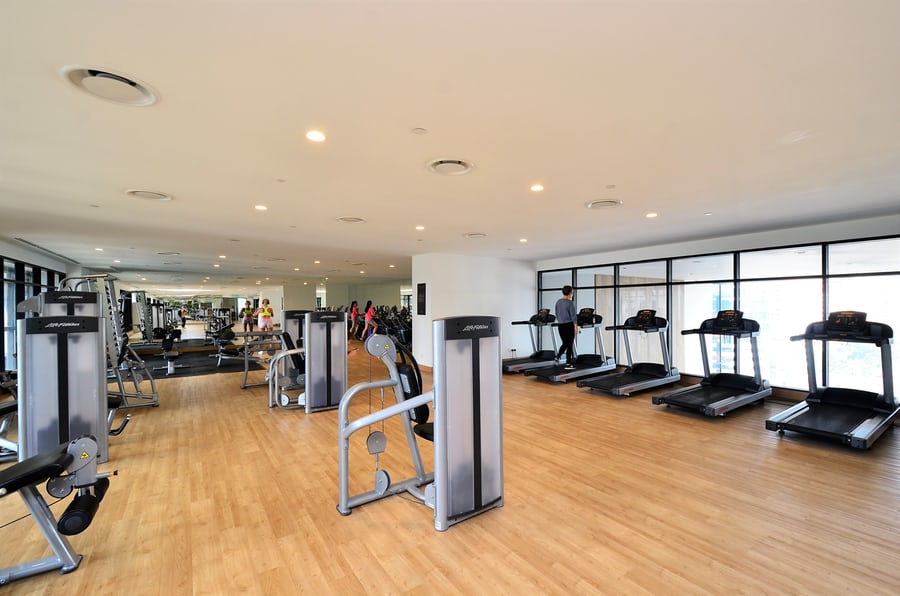 ‘It’s a bloodbath:’ Gyms have struggled with high rents and declining membership

Gyms offering low-cost membership have grown in number, since they’re now tapping into a market with less disposable income, according to Todd Scartozzi, chief operating officer of Retro Fitness, which has seen a 200% increase in its franchisees in the past 5 months.

But studios in the mid-to-upper price range have been hardest hit, since they rely on people paying premium rates for in-person sessions and amenities. Many studios that previously relied on prime locations suddenly found them to be a liability.

In New York City, for instance, boutique studios could pay between $13,000 to $30,000 in monthly rent for once-coveted locations. The amount people are willing to pay for online programs can offset only a fraction of that cost, Freeman said.

Even as classes are legally allowed to resume in all but a few areas (such as New York City), the market has rebounded with mixed results.

A recent survey of 5,055 gym members by the fitness analytics site Run Repeat found that just 31% said they had returned to the gym as of early August.

“The fact that we had such a low percentage was a shock to us. The situation has only gotten worse,” Nick Rizzo, a researcher and analyst for Run Repeat, told Insider.

Meanwhile, nearly 20% of members surveyed said they had already cancelled their gym memberships, and 40% said they were considering cancelling.

According to data from ClassPass, many studios have reopened to extremely limited capacity — 38% of previous class sizes on average, and in densely populated areas like San Francisco, as low as 10%.

As a result, many gyms have already closed permanently.

Data suggest that, overall, as many as one in four gyms nationwide could shutter before the pandemic ends, according to Josh McCarter, president and CEO of Mindbody, a major management software provider for the wellness industry.

“The stark reality is there will be fewer gyms. Especially in places like New York and California, where shutdowns have been long, those are going to be harder hit,” McCarter told Insider, noting that business in those states is down 50-60%.

“I get an email every single day from someone who closed. 50-60% of gyms in New York will close by year’s end if nothing changes.”

COVID-19 has also accelerated the shift to digital services that many companies had already considered or begun to adapt to, but not always for the better.

“I think a lot of people ran to digital in a reactive way and haven’t thought about what the customer actually needs,” Kaplan said.

Some online models emerged as a temporary, stop-gap measure offering low-cost or even free fitness content, but aren’t financially viable. To break even now, businesses are in the awkward position of having to monetize what they (or competitors) previously gave away.

Content creation and marketing on a digital platform is a different skill set than brick-and-mortar fitness, according to Rowena Crabbe, professor of marketing at Virginia Tech who has studied tech disruptions in boutique fitness.

“The beauty of boutique fitness is the community, and building that takes time, whatever the medium,” Crabbe told Insider. “You may have had that in person, but it’s hard to get in a digital space.” 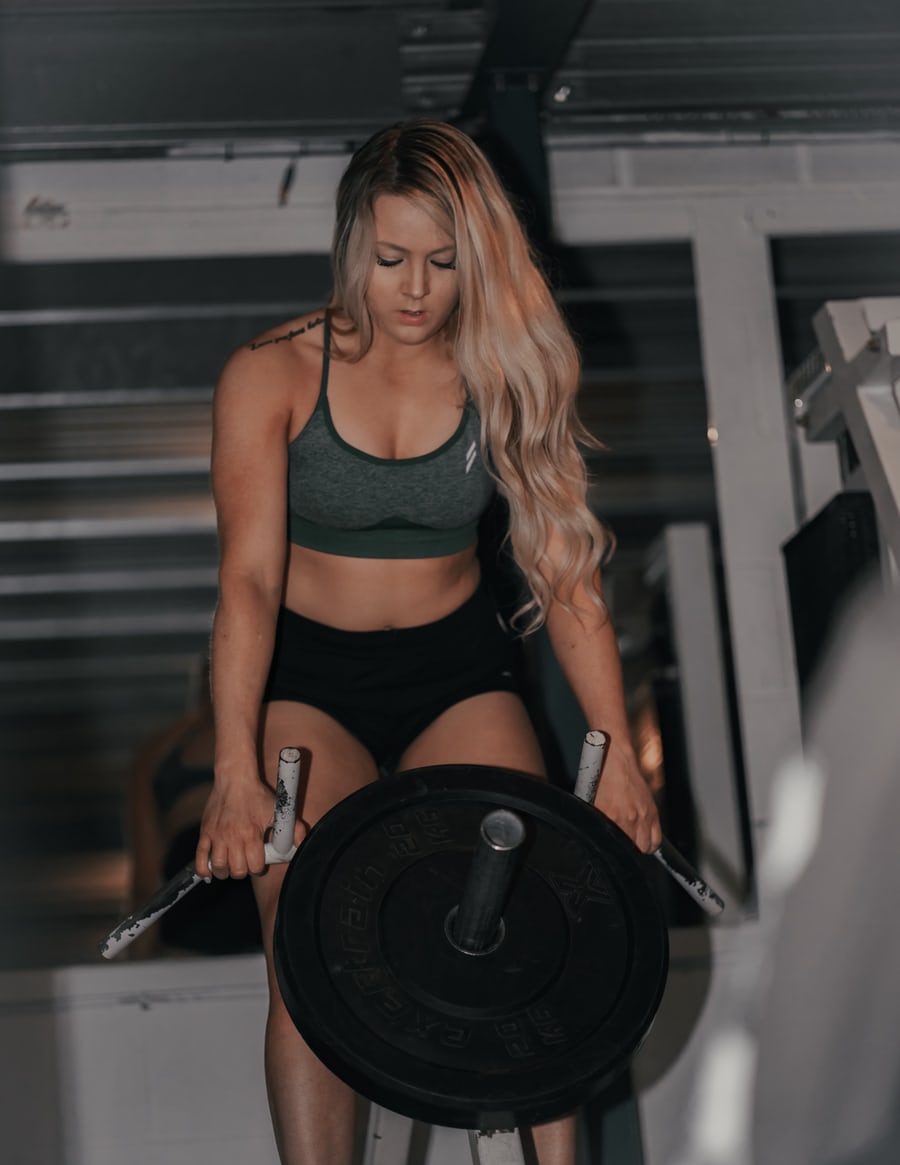 In contrast, the at-home fitness market has boomed

The at-home fitness industry, however, was poised to take full advantage of the shift to digital, and successful brands are leveraging streaming and on-demand services to create a whole new community and experience.

Peloton, for instance, has harnessed some of the intrinsic motivators that keep people coming back to workouts, according to Dr. Ben Sibley, a researcher who specializes in gym motivation. The company’s data-driven system fosters a sense of competitiveness, allowing you to track your progress with detailed metrics after every session.

It’s also carefully curated a digital community, centered on the personality of its trainers, and their massive online following.

“What Peloton did well was make their people celebrities and influencers, and they’re driving engagement as much as the workout,” said Crabbe.

Other hot products in the at-home fitness space, like Mirror (recently bought for $500 million by gym wear giant Lululemon) and Tonal, are aiming to replicate that success, racing to become “the Peloton of strength training” that analyst Rizzo said is the next big movement in the exercise industry.

Mintel, a global market research company, previously predicted that at-home fitness tech would be a dominant trend in the next decade.

Now, these brands and products will become “a necessity,” according to Andrea Wroble, senior research analyst in health and wellness for Mintel.

“A business model that can operate 100% without a location is something that investors are interested in right now,” Wroble told Insider.

There may be some hope for in-person fitness. ClassPass data, for instance, shows that as many as 87% of users said they will return to gyms when they feel it is safe to do so.

“I think there will always be a market for in-person fitness, but I think that market will be smaller,” Crabb said. “We’ll have to see who’s left standing on the other side.”

That market will likely include a hybrid model of services like streaming classes, on-demand digital workouts, and other tech-assisted forms of coaching and community.

“We do think the virtual component is not a fad, that’s here to stay,” McCarter said, who noted that 91% of studios reported having or launching a digital component in the past 6 months. That number was in the single digits in 2019.  “COVID has massively accelerated the move to virtual. We think that’s going to be a complement rather than a replacement.”

While the boutique fitness market is small — just 5% of people who exercise, according to data from Mintel — its customer base tends to exercise more often and more intensely, and so will be easier to coax back to their workouts, according to experts.

“It’s a much more niche market than people realize, but when you get those boutique clients, they’re an incredibly dedicated group,” Wroble said.

And data suggests a significant number of that demographic are ready to go back to their workouts.

Mindbody has seen a 43% increase in bookings, week over week, as studios reopened. Gyms in Georgia have reportedly bounced back to about 80% of pre-COVID business.

A new definition of premium ‘me-time’

In the future, instead of a packed spin class, a crowded HIIT workout, or a yoga-and-wine pairing, in-person fitness may become even more niche, with smaller class sizes or more expensive personal training sessions.

In a world where many are working from home, using Zoom for both business and social engagement, that personalized “me-time” could be a premium feature that just doesn’t translate online, Kaplan said.

“There’s something that happens when your phone is down, and you’re forced to not do anything else but move and listen to your body,” he said. “The gym is a place to do a thing that’s only one thing. It’s the one time of the day to not be interrupted by anything.”