Trefecta Mobility, you’ve gotta feel it to believe it 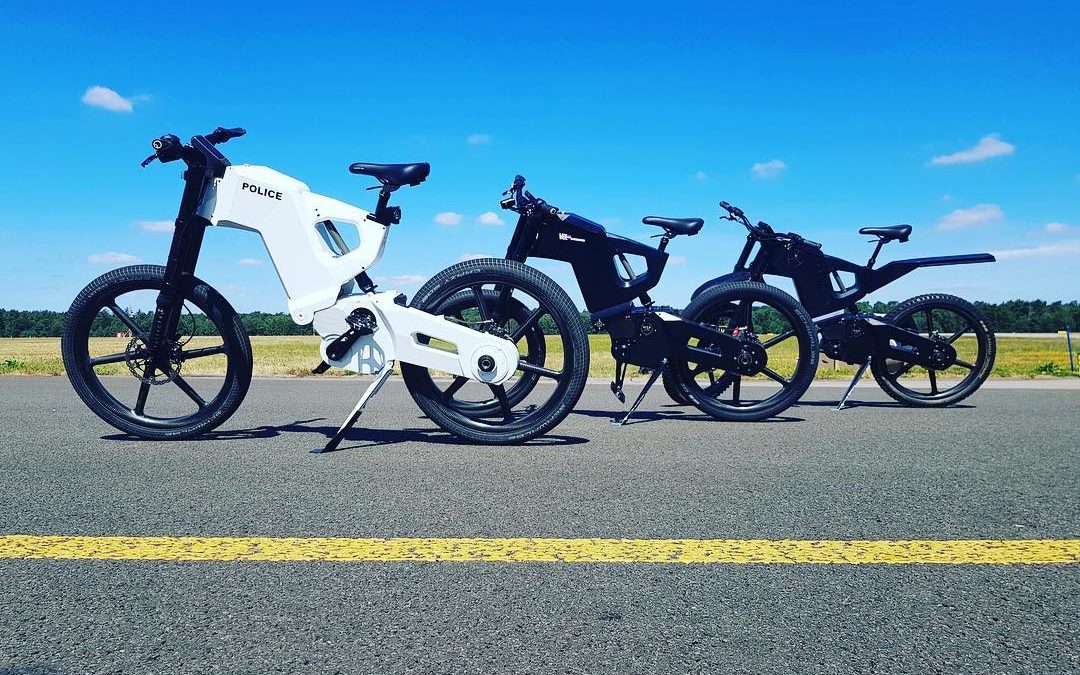 What E-Bikes Mean For Your Hard-Won Fitness

DOES NEW PEDAL ASSIST TECHNOLOGY DIMINISH YOUR YEARS OF HARD WORK? WE DIG IN TO FIND OUT.

E-Bikes are here to stay. Not everyone is happy about that. I used to be one of those people. Why? Because of a nagging, if not irrational, concern that e-bikes somehow diminish the currency of my fitness and hard work as a trainer, coach, and athlete.

For those who have yet to hop aboard an electric motor-assisted bicycle, e-bikes are regular bicycles with a battery-powered “pedal assist.” When you saddle up and push the pedals, a small motor engages and gives you a boost, so you can whiz up hills with a loaded backpack and cruise over challenging terrain without gassing yourself. Most e-bikes come with a power switch that lets you adjust the boost setting from “eco” (low) to “turbo” (high). These e-bikes are technically called “pedalecs,” and they feel just like riding a bike, except you feel bionic because the motor assist lets you achieve a far faster pace with far less fitness and hard work. 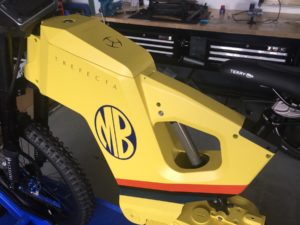 It’s that last part that has raised the hackles among those who like to “earn their turns,” so to speak. Because gaining the kind of wattage e-bikes give you with a push of a button takes weeks, months, even years to develop through training alone.

According to Hunter Allen, CEO of Peaks Coaching Group, who tracks this stuff for a living, if you’re already pretty fit, you have to work extremely hard for at least eight weeks to gain another 15 to 30 watts—about the amount needed to power an oven light. And even then, you can’t hang onto that peak forever. The currency of cycling fitness is hard to earn and easy to lose.

Whether we win a podium position, a KOM crown, or a drag race with friends to the ice-cream store, we cyclists feel extra satisfied—maybe even vindicated—because our result took so much dedication.

“The currency of cycling fitness is hard to earn and easy to lose.”

So yeah, I can’t lie: If you push a button and drop me like a safe up a 9-percent grade that I put in 12 hours of training a week for 10 years to be able to ride as fast as I do—well, it feels like I scrimped and saved for a dream vacation only to have the dollar plummet in value as soon as I get to the swim-up bar, which is crowded with hedonistic trust funders waving around bills worth more than mine.

I know, this makes little sense. Nothing changes the fact that I sacrificed and worked damn hard for my fitness. There’s an intrinsic value there that has nothing to do with other people. Yet, I can’t help wondering if someday those of us who favor acoustic bikes will be like modern fixie or single-speed riders, always needing to explain (even to ourselves) that we were only beat because the riders around us were using the latest technology.

Will that degrade the sublimity of that 100-percent empty, endorphin-flooded place—a place I’ve tried hard to find on e-bikes—that you get to when your only throttle is internal? I sincerely hope not. But I don’t know. In fact, nobody does. It’s something we’re all trying to figure out as we ride e-bikes and ride among them.

What I do know is that these battery-assisted bicycles are getting more butts on bikes, and that’s a good thing. Electric bike sales jumped by an incredible 95 percent between July 2016 and July 2017 alone, according to the market research firm NPD Group. It’s a nearly $65 million industry, and there’s no sign of a slowdown.

And yes, despite the critics that proclaim e-biking is “cheating,” e-bikes do count as exercise and may help even the fit get fitter. Skeptical? Consider this:

Riding an e-bike still gets your heart rate up.

Research comparing the energy used to pedal a plain bicycle versus an e-bike have found that the difference is similar to running versus brisk walking. Riding a regular bike is generally considered vigorous exercise—burning about 430 to 560 calories per hour for a 150-pound person, assuming you’re going at least 10 to 14 mph. Not surprisingly, riding a pedal-assist e-bike, takes about half the amount of energy—about 280 calories an hour for that same 150-pound rider—the equivalent calorie burn of brisk walking. Depending how hard you ride, whether you’re carrying a load, and/or what power setting you use (low or economy settings require more human energy than high or turbo), you could burn up to 390 calories per hour.

In this head-to-head comparison of my five-mile roundtrip commute to and from the Bicycling office, my relative effort was much lower on an e-bike ridden in its two highest settings, but the calorie burn was equivalent to walking, definitely higher than driving, and absolutely still exercise. And if I wanted more exercise, I could have set the pedal assist to a lower setting. 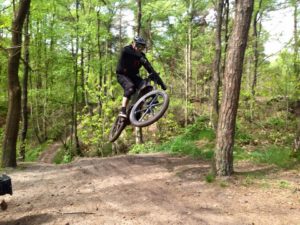 For many e-bike owners, their e-bike doesn’t replace their traditional bike; it replaces their car. That same e-bike survey found that owners replaced 46 percent of their car commutes and 30 percent of their driving errands with e-bike rides. All you need is a great commuter bag to carry your stuff, and you’re set. Nobody’s fitness is devalued by that.

If you’re straight off the couch, the health gains of e-biking are significant. In one study, when Colorado University researchers gave otherwise inactive people e-bikes and told them to to ride a minimum of 40 minutes a day, three days a week, the volunteers willingly rode beyond the minimum, boosted their fitness, improved their blood sugar levels, and trimmed some fat in just one month.

Building your base has never been such a blast. Riding an e-bike in one of the lower power modes lets you get your heart rate in a steady endurance-building zone while also covering lots more ground than you normally would on an acoustic bike when you’re trying to keep your heart rate low.

[Find 52 weeks of tips and motivation, with space to fill in your mileage and favorite routes, with the Bicycling Training Journal.]

You can ride on recovery days.

Knackered from yesterday’s hammerfest? You don’t have to ride the couch to let your crushed quads properly recover, even if you live on the streets of San Francisco. You can just cruise on your e-bike, racking up #happinesswatts while you get the circulation moving. Doing so will flush out the metabolic waste and bring in healing, nutrient-rich blood so you’re good to go on your next hard ride.