What Is Margarita Burn? The Painful Skin Reaction You Need to Know About 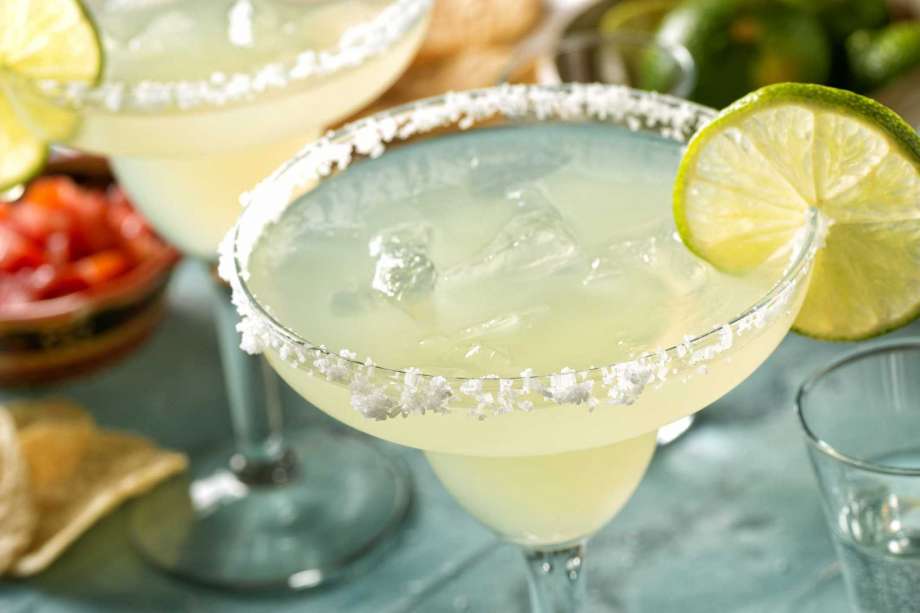 You know you need to wear sunscreen to guard against sunburn on a run, but you may not know you’re also at risk for another kind of burn on those sunny summer days afteryour workout—one that your favorite alcoholic drink could be responsible for.

Like many people, my roommate Courtney decided to celebrate the first long weekend of summer relaxing by the pool in Florida. Excited for some time off, she and her family rang in Memorial Day weekend with everyone’s favorite summer drink: ice-cold margaritas. To make picture-perfect (and equally tasty) homemade margs, Courtney squeezed “hundreds of limes,” blended the ice, added the tequila, and put everything in to-go cups before hitting the pool. 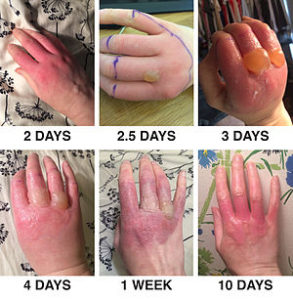 After a fun day in the sun, she woke up the next day expecting to do it again—but something was wrong. Her hands felt like they were “on fire.” She looked down, and to her absolute horror, they were covered in massive, red blisters. And no, it was not second-degree sunburn.

It was a skin condition known as “margarita burn.” Medically referred to as phytophotodermatitis, this skin reaction develops when certain plant chemicals—especially those found in citrus fruits—cause the skin to become more sensitive to the sun, potentially resulting in blistering burns.

Unsurprisingly, dermatologists see more cases of margarita burn in the summertime, when people are spending more hours outside. Here’s what you need to know about phytophotodermatitis and how to prevent it from happening to you. 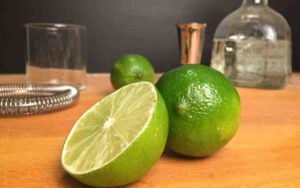 When exposed to UVA light, the furocoumarins within one of these plants induces a photochemical reaction in the skin, which damages the skin cells, spurring cell death. The reaction varies from person to person, but it can result in large blisters, redness, burning, pain, and redness. 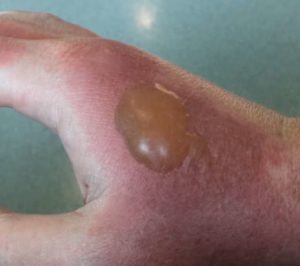 Anyone who comes into contact with furocoumarins in sunlight is at risk for phytophotodermatitis, but gardening, hiking, fishing, farming, and camping may increase your risk. Bartending with citrus juices, of course, can also trigger a reaction.

Phytophotodermatitis causes irregular-shaped blisters that develop several hours after sun exposure. It can be misdiagnosed as severe sunburn and other skin conditions, such as chemical burns, atopic dermatitis, or cellulitis, but Zeichner says that the reaction is localized and has a distinct appearance.

“It only develops in areas where the chemical touches the skin, explaining odd shapes like streaks or dots where lime juice may have dripped down the skin or splashed,” Zeichner says. “The initial rash is fiery red and it often heels with a dark brown black.”

Once you realize you’re dealing with phytophotodermatitis, there are a few ways to alleviate the pain. For mild burns, you can find relief with over-the-counter medications like aspirin and ibuprofen.

For moderate blisters, your doctor may recommend topical steroidal creams to reduce inflammation and itching. In more severe cases, your doctor may prescribe oral corticosteroids or antihistamines, says Zeichner.

When the initial symptoms subside (anywhere from one to two weeks) and the blisters drain, you may develop crusted patches of skin and redness—but do not pick or peel at the skin. Your doctor will be able to prescribe emollient-based creams to keep the skin hydrated and protected as it heals, which should help minimize scarring.

Lastly, avoid exposing the blistered skin to the sun. Phytophotodermatitis is not known to reoccur and will go away with time. “It only rarely causes any permanent changes to the skin,” says Zeichner.

How to Prevent Phytophotodermatitis

Now that you know about the infamous margarita burn, you can easily avoid developing the condition. “If you come in contact with a plant or food known to cause phytophotodermatitis, make sure to protect the skin with clothing or gloves and wash the skin thoroughly before going into the sun,” Zeichner recommends.

You can also wear gardening gloves or food preparation gloves if you’ll be picking parsley or squeezing limes for your summer margs. And as always, slather on sunscreen before heading outdoors to avoid sunburn.

Bottom line: You can easily prevent a margarita burn by keeping the citrus in your drink and off your sun-exposed skin.