What Makes A Great Trainer/Coach 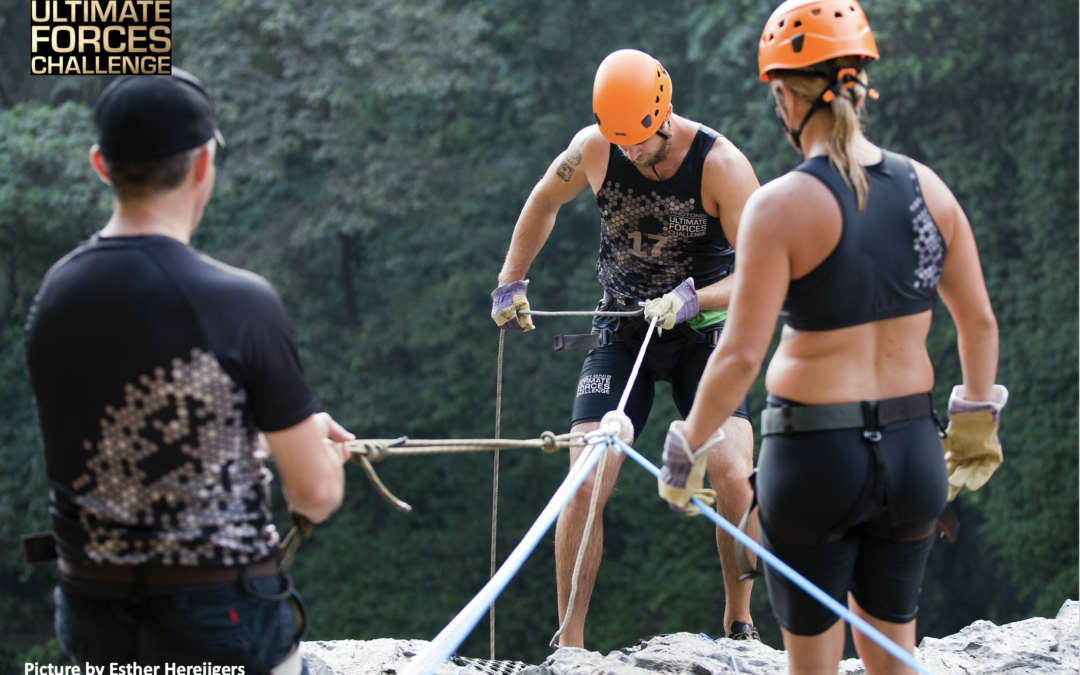 During the 20 years UFC we’ve seen a lot of trainers and coaches beside the contestants and teams. Rule within UFC is, we don’t advise, assist nor inform contestants up front or during their competition, that’s why it’s a Challenge. We’ve seen a lot of contestants who really needed a coach, so mostly we advised to contact an experienced UFC contestant who can help you out and by experience we learned, this leads to the best results.

Also, we’ve seen a number of coaches who really messed up, actually not knowing anything more than their own sports experiences and not knowing how to communicate with their pupil. Teaching something you know to others is way more difficult than you’ll expect. 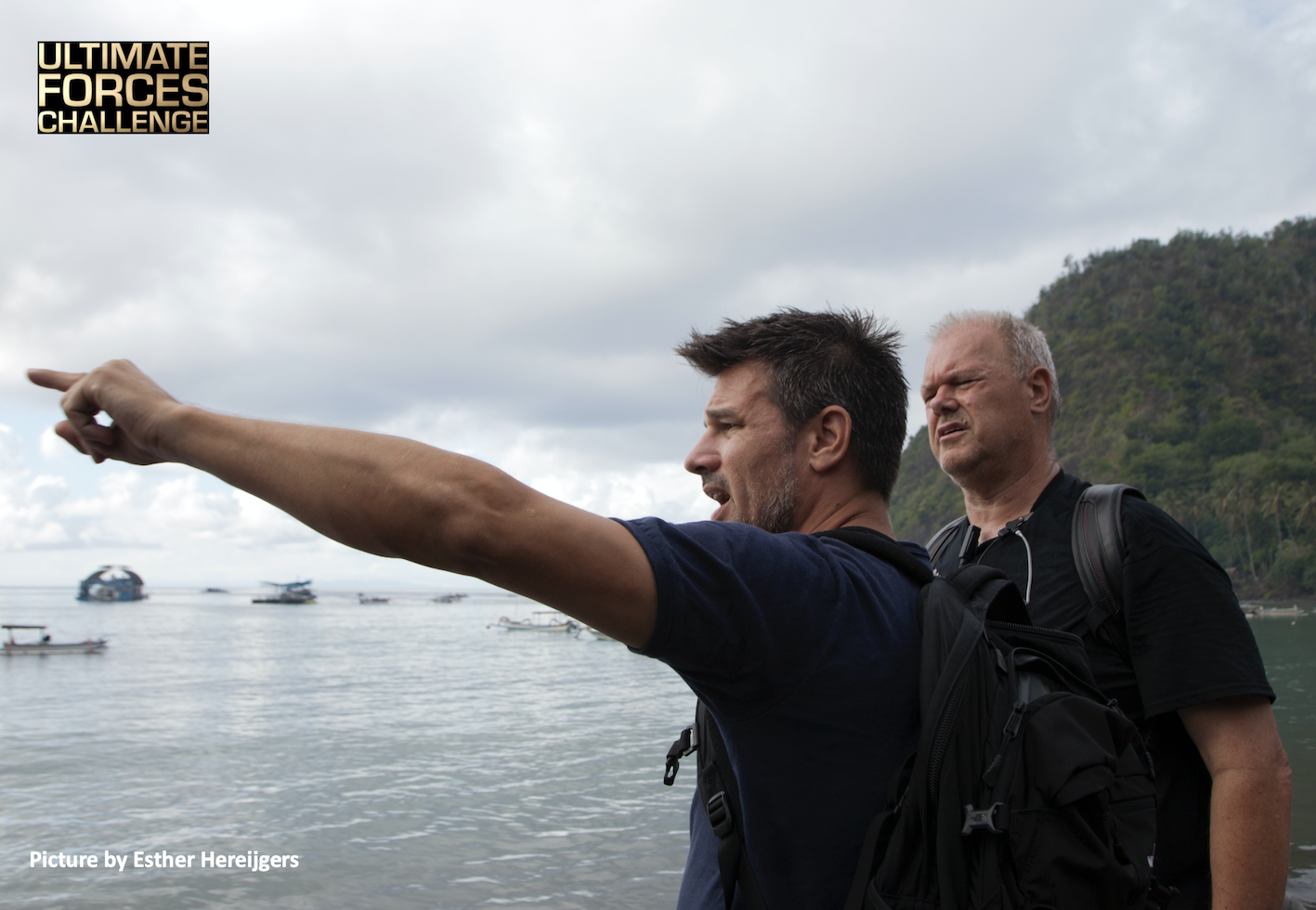 We’ve also seen contestants and teams who actually fucked up their own challenge by being arrogant, having to much self esteem and declining good advice by experienced UFC contestants’ assuming they’ve seen it all. No, they didn’t, exit, lesson learned as they admitted later on. If you’re considering signing up for the Ultimate Forces Challenge just ask for advice and we will forward your request.

The great philosopher (and possibly football coach) Aristotle once said, “We are what we repeatedly do. Excellence, therefore, is not an act, but a habit.”

What are the things that great coaches do every day that makes them great?

Make training more challenging and more demanding than the competition your athletes are targeting;

Great coaches realize that competition is not the time to find out where your athletes’ physical and mental limits are. Training needs to be more challenging and more demanding – physically, mentally, technically, tactically, emotionally – than the competition your athletes are preparing for.

Example: A few weeks before a major international professional Tennis Championship I observed a leading professional player play 6 sets of 9 games (i.e. first player to 9 games with a 2 game lead, e.g. 9-7) and against 4 different training opponents (one left handed and three right handed), i.e. as opposed to a standard competition match of 5 sets of 6 games against 1 opponent. His coach made the training practice tougher, more challenging, more demanding and more difficult than any tournament match could ever be. Result…he won!

Learn and develop as a coach at a faster rate than your athletes;

Great coaches realise that success is a moving target and to stay relevant they must be committed to life-long learning, honest personal and professional evaluation and continuous improvement. 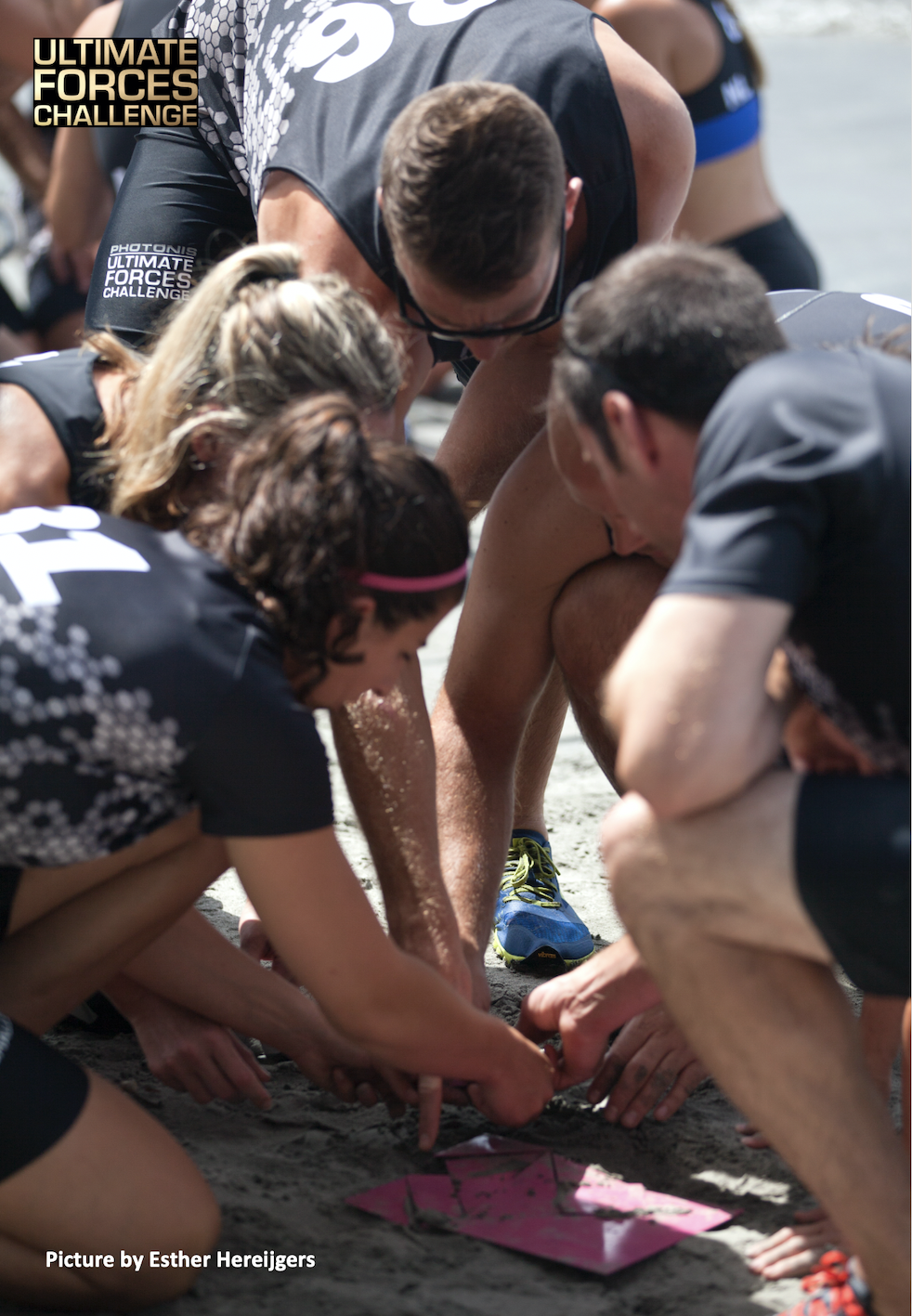 Accelerate your rate of learning faster than your opposition;

The Internet has insured that there are no secrets in sport. Everyone knows what you know. Anyone can get anything, anytime, anywhere and for free. Everyone is learning something everyday. Great coaches understand this and strive to accelerate their rate of learning faster than their opposing coaches.

Example: A high performance rugby coach with an outstanding success rate at the highest level spent one month each year, immediately following the end of the competitive season traveling the world learning from other coaches in other sports in other nations to ensure his rate of learning and development was superior to other coaches in his sport. Result…the most outstanding coaching record in professional rugby.

Creativity is the defining difference between good coaches and great coaches. Good coaches can follow programs: great ones invent winning programs and in doing so create new directions and new ideas which in turn change the sport. Copying kills. Following others and trying to duplicate their success is a recipe for failure.

Example: One leading track and field coach I know enrolled in a creative class of some kind every off season. One year it was “Improv” comedy classes. The next year it was “Creative Writing”. The following year he took up Piano. He realized that his capacity to create and to understand creativity was the key to his future success. Result: Some of most innovative and creative training programs the sport has ever seen.

Coach individuals – even in team sports;

There are no true team sports left. Every significant moment in every sport is “person on person” and with performance analysis now at the level of millimeters and fractions of seconds, every athlete’s strengths and weaknesses are well known by their opposition. Great coaches engage with athletes and inspire them: they inspire them to consistently prepare with passion and to realize their full potential.

Example: A national football coach invited two world class triathlon coaches to attend his pre-season training camp. His thinking was that triathlon was all about individuals being pushed to their physical and mental limits in training and competition and that for his team to become the best in the world, each individual within that team must also be the best in the world. Result: World Champions.

Ensure that every athlete that you work without prepares (in every aspect) their opposition;

The days of winning by having the “fittest” athletes are over. Sport is so multi-dimensionalthat winning comes from being the best in every aspect: training, preparation, skills, attitude, recovery, gym-training, sleep, travel management, nutrition etc. etc. Great coaches know this and strive to create winning environments where a culture of excellence underpins everything and everybody.

Example: An international level swimming coach arranged for every swimmer is his team to learn how to shop for the right foods, how to cook, how get better quality sleep, how to meditate and how to manage their time, so that their non-training activities were at the same high standard as their training and preparation. Result: 3 swimmers in the Olympic team.

Adapt your training plans and programs to optimize their impact on each individual athlete at every training session;

The best coaches plan: they plan meticulously and with great attention to detail but, ultimately they also understand that the core goal of every training session is to ensure it provides the optimal environment and opportunity for their athletes to prepare.

Example: A track and field coach, preparing a middle-distance running included an even paced 1000-meter run at a relatively easy pace in every warm up. He would assess how the athlete completed the “test” run: measuring heart rate, stride rate and RPE for the run and comparing them to the results of previous workouts. He would then change the workout based on the knowledge of the athlete’s capacity to complete the workout. Result: National Champion at 800 and 1500 meters.

Example: A successful college basketball coach has three rules. Rule 1: Teach the basics of the skill in under 2 minutes. Rule 2. Allow each player to learn the skill by doing it. Rule 3. Make the skills practice as close as possible to game speed, pressure and intensity as soon as possible. Result: 5 State College Basketball titles in 11 years.

Athletes are only athletes for an hour or two at most each day. For the other 22-23 hours each day they are human beings. Many coaches concentrate on preparing the athlete to perform: the great ones prepare the human being to be all they can be, then, as a result, the athlete will perform.

Example: A high school hockey coach had a philosophy about people: “Treat people the way I would want to be treated”. She made the commitment to arrive at training 10 minutes early each day and spend ten minutes one on one with a player to talk about their school, their pets, their family, their hobbies – anything except hockey. She also stayed back every training session to spend ten minutes with another player. As a result, every two weeks, she had got to know every player in her team as a human being which completely changed her perspective and approach to preparing them. Result: Undefeated Champions in their League. 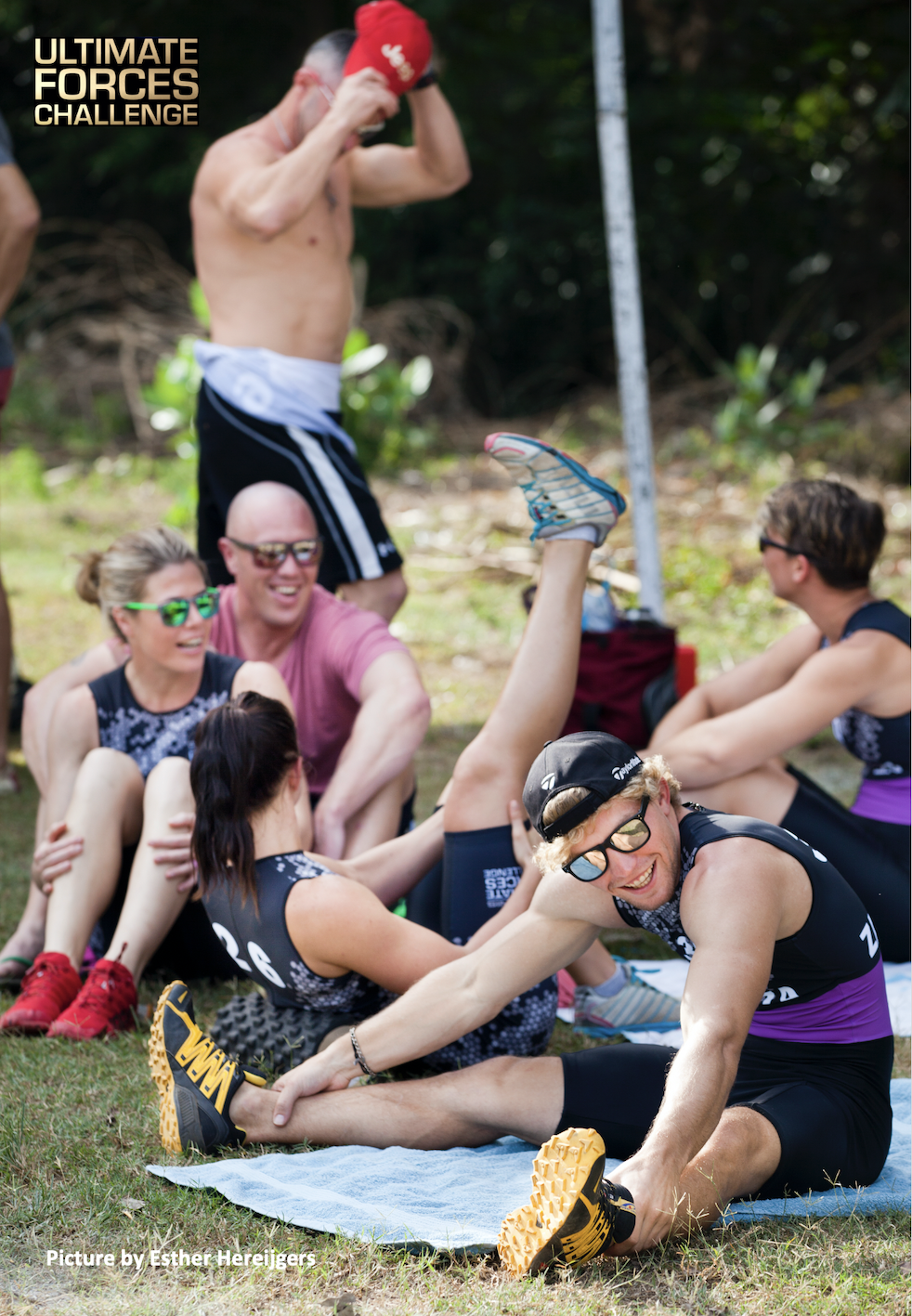 The great coaches are leaders. They dare to be different. They do things that others are not prepared to do. They drive change. They thrive in creative conflict situations and fight hard for what and who they believe in. They take risks. They are comfortable talking about winning: it is, after all, what they were born to do. They are individuals. They are unique. They are the best because they are prepared to lead and with it accept the responsibilities that come with leadership.

Example: A swimming coach believed his sport needed to change. He felt that traditionally there had been too much focus on endurance and threshold training and not enough focus on speed: he would dare to be different. He introduced speed training in every training cycle all year round. He broke the mould of the traditional approach to periodisation, i.e. one week microcycles and developed training cycles focused on each individual’s adaptation capacity. He challenged his athletes to race more than any athletes in the history of swimming at international level. Result: 4 Olympic Gold Medals.