What to Do When You See a Bear 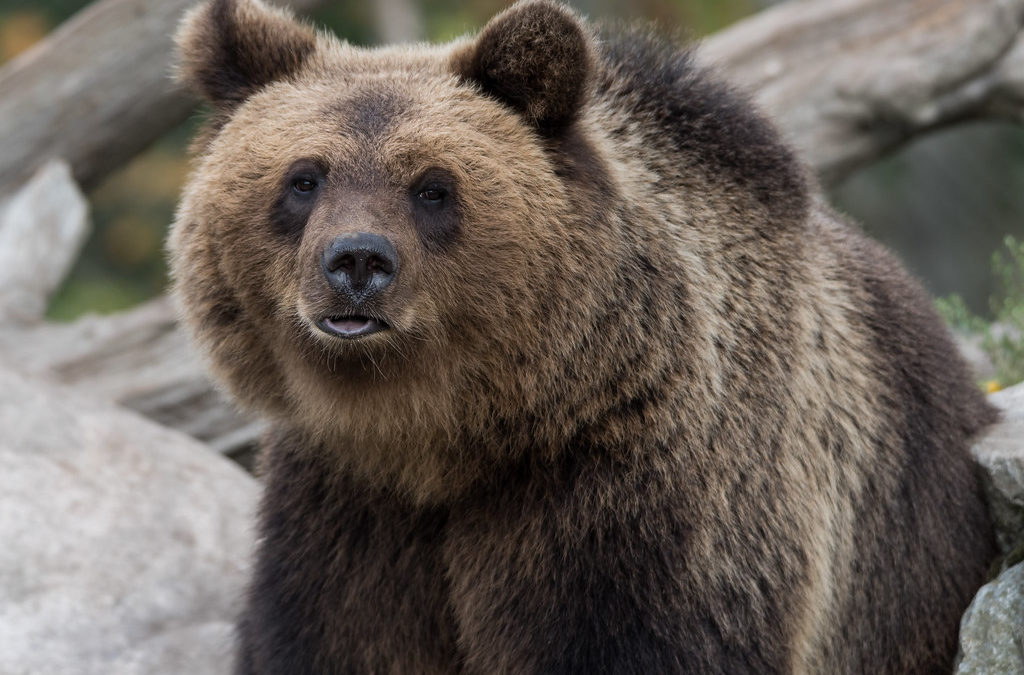 As the weather gets warmer and spring turns into summer, experienced hikers and novice outdoor explorers alike flock to the woods. As great as it is to be outdoors, it’s imperative to have a healthy respect for the dangers that lurk in Canada’s wilderness. We share this land with black bears, polar bears and grizzly bears. The following tips will help us all enjoy the summer in peace. How to Prevent a Bear Encounter

“Always respect Mother Nature. Especially when she weighs 400 pounds and is guarding her baby.” – James Rollins Humble respect for the sheer power and strength of a bear is necessary before trekking into the woods. Cubs might look cute or cuddly, but rest assured their protective, fearsome mother is always nearby. That is one family you do not want to get in the middle of.

Pick Up After Yourself

There’s a common saying “a fed bear is a dead bear,” but what does it mean? When bears become “food-conditioned” to eating human food or waste, they will return to the source. Even an apple core can result in a bear connecting the smell of humans with the reward of food. Bears that become food-conditioned must be destroyed. Bear-hanging your garbage, using sealed bear-proof containers and only leaving rubbish in sealed trash bins can save you and the wildlife.

Keep Your Smelly Stuff at Home

The outdoors is not the place for perfume or heavily scented products. Even common items like toothpaste, deodorant and gum should never enter a tent you ever intend to sleep in. These odors can attract wildlife.

Keep Your Dog on a Leash

A common misconception is that having a dog with you will keep you safe from a bear. According to WildSafeBC, over 50 per cent of human conflict with black bears in North America over the last ten years has occurred because of off-leash dogs. Dogs will chase after a bear until the bear turns around and begins to chase them. Dogs then naturally return to their owner, effectively leading the bear back to them. Avoid an unwanted altercation by keeping your dog on a leash.

Talk loudly with your hiking companion. Sing to yourself. Clap your hands. Basically, do anything you can not to catch a bear off guard, and to alert surrounding wildlife of your presence. Bear bells, bear bangers or air horns are certainly loud, but human noise is best—it tells a bear what species you are. Catching an animal off-guard may result in aggressive or defensive behaviour.

Put your phone away and pay attention. Look for signs of recent bear activity, such as fresh scat or torn or clawed trees. Stay away from carcasses and food sources such as berries that wildlife may be attracted to. If there is a posted warning sign not to go in the area, don’t go. It might be tempting to get close for a good photograph, but a cool Instagram post isn’t very cool if you don’t live to share it.

Keep bear spray within reach, not tucked away in your backpack. You can get a nifty holster that attaches to your belt or chest. Check the expiry date of your bear spray before entering the woods. Pepper spray or dog spray won’t work. Bear spray may deter other aggressive wildlife such as elk or cougars. Bear spray has been shown to be about 92 per cent effective in deterring bear attacks, as long as you know how to use it!

How to Distinguish Between Bears Grizzly bears have round ears, a dented snout and a noticeable shoulder hunch. They are big, ranging in size from 200 to 450 kg. Just to confuse things, black bears can be black, brown or even blonde. In contrast to grizzlies, they have a small, barely noticeable hump. Adult males can weigh anywhere between 80 and 300 kg, but they are typically smaller than grizzlies. Polar bears can be found in Churchill, Manitoba, and in the Northern Territories. Adult males normally weight 350 to 600 kg. Polar bears are white. If you confuse a polar bear with a black bear or a grizzly bear, you may need to get your eyes checked.

Experts debate on what to do if a bear attacks, but there are general guidelines to follow depending on if the attack is predatory or defensive

If you see a bear, but the bear doesn’t see you:

Back away slowly. If you need to continue past the bear, give it a wide berth. If you surprise a bear, stumble upon a bear feeding or with its cubs

Remain calm. Show that you are human by raising your arms and talking to it gently. Try to avoid eye-contact, as this can be seen as a sign of aggression.

If a bear charges you in a defensive manner, with its head low and ears back

Stand your ground. Most defensive charges stop short. Try to show you’re not a threat. If the bear gets within close range (about a car’s length), use your bear spray. Aim carefully, as a standard canister usually only contains 6-8 seconds worth of deterrent.

Play dead. Lie on your stomach or curled up in the fetal position and lace your hands behind your neck. If you’re wearing a backpack, it may protect you slightly. Don’t move until you are certain the bear has left the area. Some attacks are not spurred by surprise and defense—some attacks are predatory. If you are being stalked by a bear, it doesn’t simply want to make sure you’re not a threat—it wants to kill you.

If a bear approaches you slowly, with its head up, it may simply be curious—or it may see you as prey.

First, try to get out of the bear’s way. If it continues to fixate on you, show the bear that you’re going to put up a fight. Stomp your feet, yell at it, make yourself as big and scary as possible. Grab your bear spray or anything you can use as a weapon. Aim for the bear’s head, eyes or nostrils.

Do not try to run or climb a tree.

Black bears are much better climbers than humans. Grizzlies can run as fast as horses, uphill or downhill. The fastest human alive couldn’t outrun a bear.

Always report any bear sightings or attacks to the Park Staff.

Now that you’re sufficiently terrified and scenes from The Revenant are flashing through your mind, be realistic about the extremely slim possibility of a bear attack. While bear sightings are common, fatal attacks are unlikely. Be smart, careful and informed, but don’t let the possibility of a bear encounter keep you from enjoying the Canadian wilderness this summer.