What Will It Take for Eliud Kipchoge to Break 2 Hours? 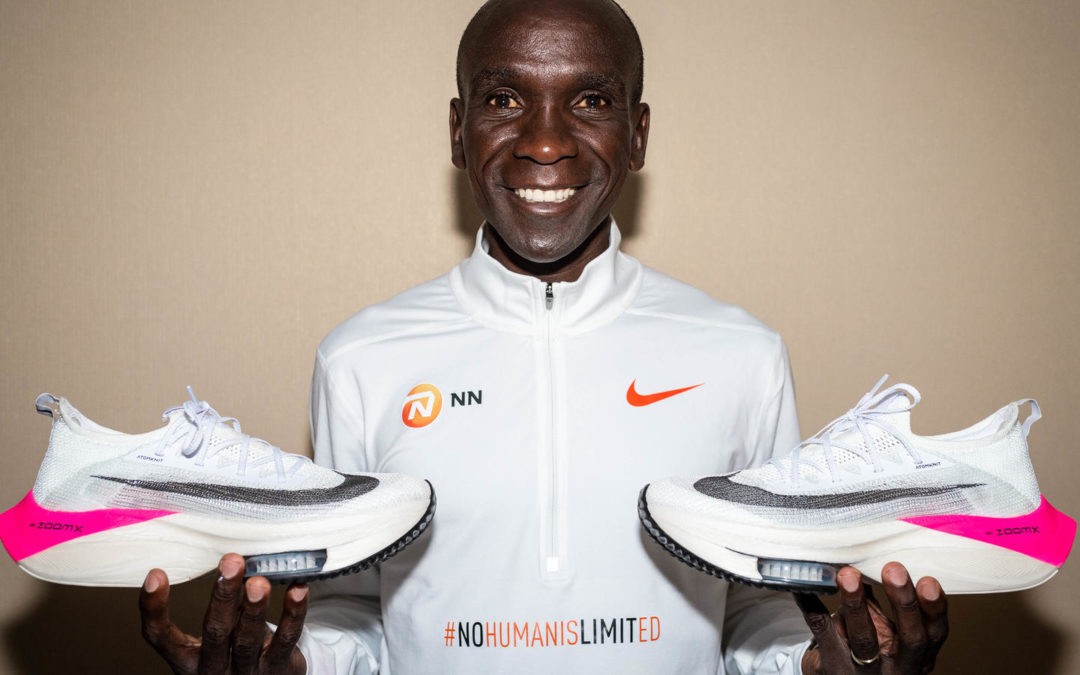 The greatest marathoner ever is taking his second shot at history this weekend.

In his all-conquering career, it’s the final, elusive frontier—an impossible dream that Eliud Kipchoge will now try to make a reality.

The 34-year-old has done it all—Olympic gold, world title, the marathon world record—but there is one thing he has yet to tick off his bucket list: a sub-two-hour marathon.

How to Watch the INEOS 1:59 Challenge

“Many ideologies [have] been going that no human will break the two-hour mark but personally, I have dared to try,” Kipchoge said in a video of the INEOS 1:59 Challenge documentary series. “I am doing it to make history.”

He is, without question, the greatest marathoner of all time, but in a park in Vienna, Austria, on Saturday, Kipchoge will aim for immortality. The start time for the event will be 8:15 a.m. in Vienna; 2:15 a.m. ET.

Fans know that he has come close before. In May 2017, the Kenyan clocked 2:00:25 on a formula one racetrack in Monza, Italy, during Nike’s Breaking2 project. It was the fastest marathon ever run, but did not count as an official world record because of the use of rotating pacemakers.

Kipchoge went on to set the official world record at last year’s Berlin Marathon, running 2:01:39 to carve 78 seconds off the previous mark. Shortly after winning his 10th straight major marathon in London this past April, he announced his next project: the INEOS 1:59 Challenge.

In his bid to push back the boundaries of human ability, he thinks he’ll have more than luck on his side. “I have a rich experience from Monza,” he said. “I am confident I will beat the mark.”

Many of the people close to Kipchoge are as confident as he is. His manager, Valentijn Trouw, has overseen his preparation. In an interview with Runner’s Worldon Wednesday, he said Kipchoge is primed for the task.

“If we look at the whole training circle and compare it with preparations for London (in 2019) or Berlin (in 2018), he is in a nice position,” Trouw said.

“I AM CONFIDENT I WILL BEAT THE MARK.” 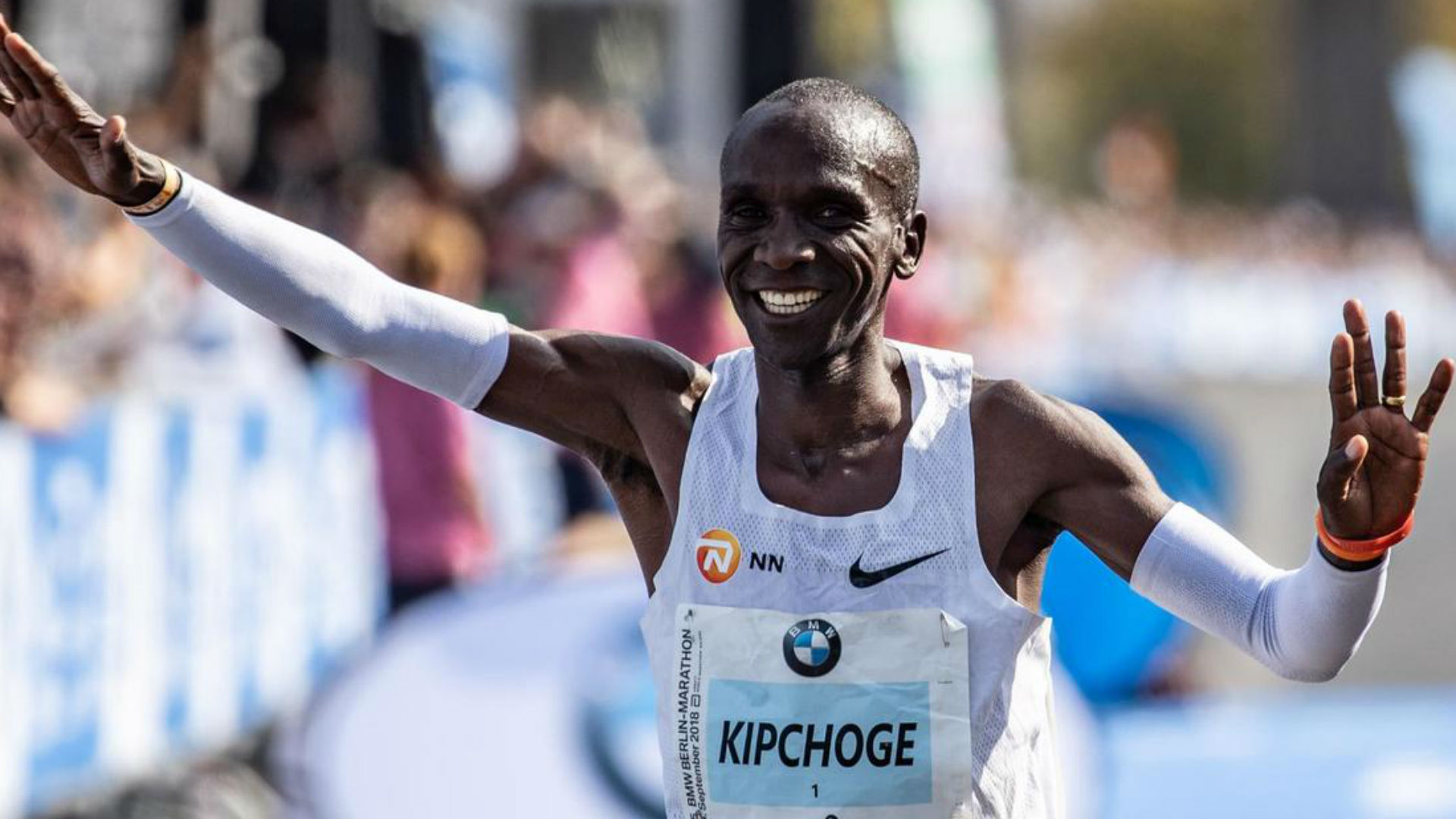 Trouw paid several visits to Kipchoge as he trained for the attempt in Kaptagat, Kenya, and having been there for every step of Nike’s Breaking2 project, he sees a difference in Kipchoge’s mindset this time.

“Two years ago he was training his mind for seven months to convince himself he could do it. The moment we talked about this, Eliud had that internal feeling: ‘If I train well and it all comes together on the day, I’m going to do it.’”

No stone has been left unturned in preparation. With the financial backing of INEOS, a petrochemical company owned by the richest man in Britain, Jim Ratcliffe, every detail has been orchestrated to maximize Kipchoge’s chances.

The course—the Prater park in Vienna—was picked after a worldwide search using software to find locations that have ideal parameters in temperature, humidity, air pressure, wind speed, elevation, and precipitation at this time of year.

The race is scheduled to begin early on Saturday on the city’s Reichsbrücke Bridge, and Kipchoge will then make a 1.2K run to the Praterstern roundabout, where the road has been resurfaced with a camber to maximize Kipchoge’s efficiency as he circles it.

The initial run to the park features an elevation drop of 16 meters and once there, Kipchoge will complete four laps of a 9.6K circuit—and a final stretch to complete the full distance—that is almost completely flat, with just 2.4 meters of elevation change.

Forty-one world-class distance runners have been recruited as pacemakers, and they will take turns in a different formation to that seen in the previous attempt. Five athletes will run in front of Kipchoge in a V-shape, with two athletes just behind him to either side, which was found during testing as the most efficient way to reduce drag. Officials from INEOS noted that Kipchoge and all the pacers are being tested both in and out of competition by the Athletics Integrity Unit (AIU), which is the same testing unit used by the World Marathon Majors.

The time Kipchoge runs will again not count as an official world record because of the use of rotating pacemakers and because he will be handed drinks from a bicycle rather than from a table, as required by the sport’s governing body (IAAF) for record-eligible races.

However, all other IAAF guidelines will be followed to ensure the achievement, if it happens, maintains a sense of credibility. 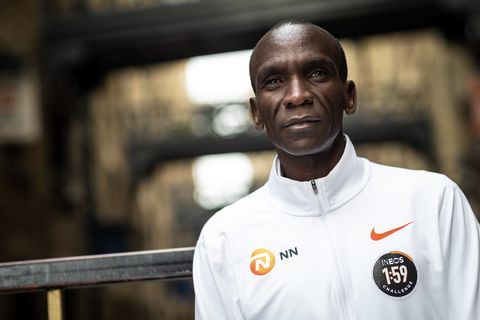 While Nike’s attempt was not open to the public and took place on a near-deserted racetrack, this event is supposed to be the opposite, with organizers hoping close to 20,000 will line the roads in The Prater to lend their support.

“Having a crowd is absolutely crucial, giving him that encouragement, bringing that energy,” said Fran Millar, CEO of Team INEOS, in one of the documentary videos leading up to the event. “It’s going to be a huge boost for Eliud.”

A car will once again be driven in front of the runners at a controlled pace of 2:50 per kilometer (4:33 per mile), with a line projected on the road for runners to follow.

During the race Kipchoge will consume a carbohydrate drink made by Maurten, a Swedish manufacturer, and every time he takes a drink from a bottle and discards it, it will be picked up and weighed to measure exactly how much was consumed, with feedback given to guide future intake.

The biggest performance gain, however, may come from Kipchoge’s shoes. It’s a controversial topic in running given the slew of records that have fallen since Nike introduced its Vaporfly 4% during its Breaking2 attempt in 2017. The shoe features a carbon fiber plate to help propel athletes forward, and in April this year Kipchoge wore its latest version, the ZoomX Vaporfly Next%, which was 15 grams lighter and featured a thicker midsole.

In recent months, Kipchoge has been training with a new version of the shoe, which is set for release next year. “It will be mainly a follow-on from the shoe he was using in Berlin and London,” Trouw said. “He has done quite a lot of training sessions in the shoe to get familiar.”

At the time of publication Nike had not responded to questions about the shoe’s specifics, but an industry insider has told Runner’s World it is substantially more efficient than both previous editions.

Of course, the most important ingredient of all will be Kipchoge’s fitness. After the London Marathon in April he ran easy for four days and then took three weeks completely off running. For the next month he ran three to four times a week and hit the gym for two and a half hours on the other days, doing weight training, step aerobics and flexibility work.

That laid the foundation for what came next, with Kipchoge then following his usual four-month marathon buildup under the guidance of Patrick Sang, the coach and mentor who has steered his career for the past two decades.

Kipchoge typically ran a fartlek on Tuesdays, a long run on Thursdays and a hard session of intervals on Saturdays, with the rest of his week filled with easy to steady running.

A test event was organized in Vienna in late August, and while the plan was initially for Kipchoge to attend and familiarize himself with the course, he decided it was better to stay in Kenya and avoid the interruption to his training.

As a result he got his first look at the course on Tuesday after arriving in Vienna, where the 41 pacers have been practicing their formations all week. One of those is U.S. 1500-meter athlete Matthew Centrowitz, who spoke in glowing terms about Kipchoge at this year’s world championships.

“He’s got the most unbelievable range of any athlete ever,” Centrowitz said. “We could all learn a little something from him about his longevity, the enjoyment he looks like he has even when he’s struggling out there. If [he makes] history, that’s something I want to be a part of.”

Fellow Olympian Lopez Lomong was part of the pacing team during Nike’s Breaking2 attempt, and the U.S. distance star is equally impressed by Kipchoge. “He’s a very calm guy, dialed in,” Lomong said. “There’s a lot of things I like to emulate from him, how humble he is. He doesn’t do it for himself, he does it for the community, to open the eyes of athletes that if he can do it, then we can do it as well.”

Lomong is certain Kipchoge will achieve his goal, predicting a finishing time of 1:59:36, while Centrowitz is also confident, predicting 1:59:52.

As with all great sporting barriers, much of the challenge is mental. In that department, few can rival Kipchoge.

“From my experience over many years he can block pain, put it at the back of his mind until the race is done,” Kipchoge’s long-time physiotherapist Peter Nduhiu said in a documentary video showing his training. “It’s something that is so unique to him.”

Kipchoge’s mental strength is something he takes seriously. He devours self-help books for ways to find a psychological edge. 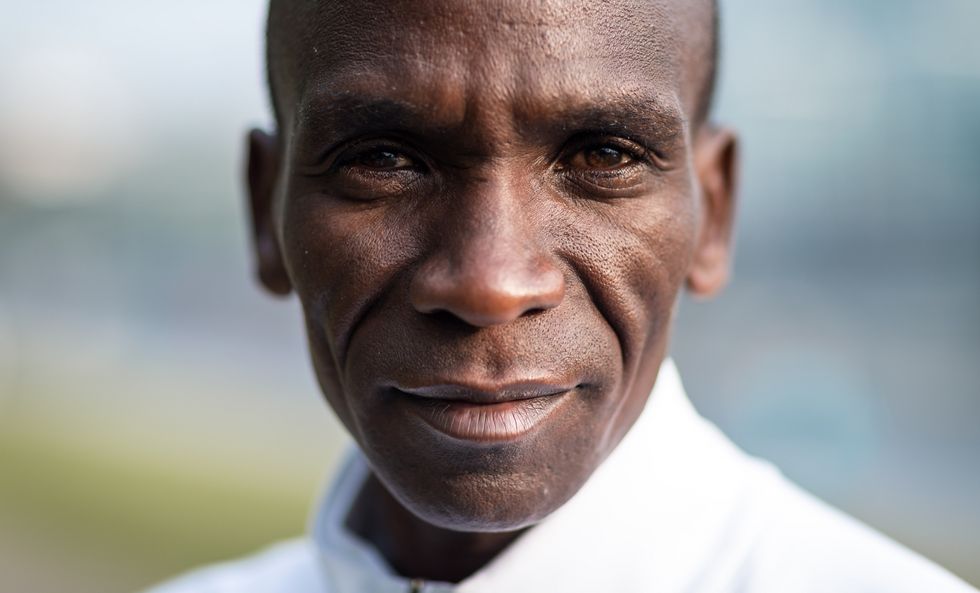 “Some people think it’s genetics, that you either have a strong mind or you don’t, but it’s something you can train and improve,” Trouw said. “This is where day in, day out, Eliud gets stronger and stronger.”

Trouw has been with Kipchoge in Vienna since Tuesday, and while he is cautious not to make any bold predictions, he sees in his star athlete as having a calm, cool confidence that bodes well as he prepares to go up against the ultimate barrier.

“Eliud’s mindset at the moment is really strong,” Trouw said. “He absolutely believes he is going to do this.”