What’s Better for Performance: A Plant-Based or Meat-Based Diet? 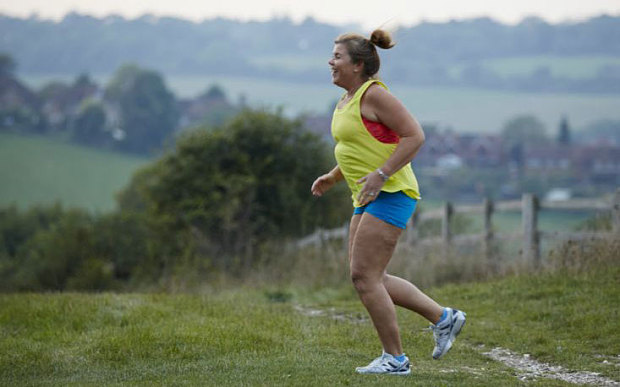 New research takes on the popular question—and the answer may surprise you.

Nutrition is one of those topics that’s ever-changing. And lately, there’s been a lot of buzz surrounding plant-based diets and whether or not ditching meat will help or harm your performance.

Now, new research has taken on the question of whether the type of diet you eat can affect your endurance—and the answer may surprise you.

In the study, which was published in the Journal of the International Society of Sports Nutrition, researchers recruited a total of 76 recreational runners—24 who were vegan, 26 who were vegetarian, and 26 who ate meat—who all trained a similar amount prior to the study. To determine their max exercise capacity, each participant rode an exercise bike until they couldn’t anymore.

All of the participants—no matter the type of diet they adhered to—consumed about 2,150 calories per day. However, there were some noticeable differences between the three groups in terms of the breakdown of nutrients. While everyone consumed a similar amount of protein, the vegan runners’ diets included more carbs, fiber, magnesium, iron, folate, and vitamin E than those who were vegans or ate meat. (But vegans consumed less fat and vitamin B than the other two groups.) 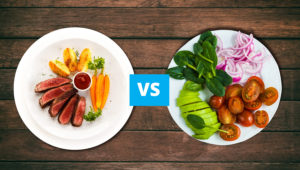 Despite these dietary differences, researchers found that everyone’s exercise capacity was similar. According to study coauthor Andreas Hahn, Ph.D., head of the Institute of Food Science and Human Nutrition at Leibniz University Hannover, regardless of if a runner is vegan, vegetarian, or a meat-eater, they’ll be able to perform well as long as they eat foods that provide nourishment.

“The main issue is to get an intake of energy and nutrients that is adequate for runners—and this can be achieved by different types of diet,” he told Runner’s World.

Carbs help fuel your runs, providing the energy you need to avoid hitting the dreaded wall. About 55 to 65 percent of your daily diet should come from carbs. (However, this number can vary from person to person depending on how much you run.) 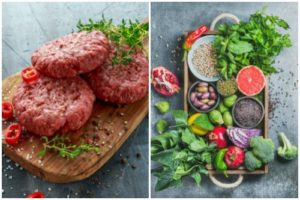 There are a host of other vitamins and minerals that are important for performance, too, that can be consumed as part of any healthy diet. These include things like magnesium, vitamin E, fiber, and iron to name a few.

The bottom line? Whether or not you follow a vegan, vegetarian, or meat-based diet, as long as you get enough of the essential nutrients that all runners need, your performance won’t take a hit.