Where is Peng Shuai after assault claim Against Mr Zhang? 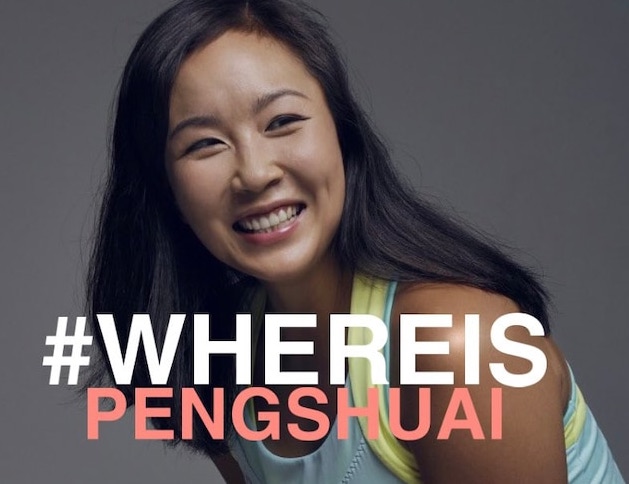 Since then she has not been seen in public and the tennis world has raised questions about where she is.

The Women’s Tennis Association has also cast doubt on its future dealings with China if it cannot prove the 35-year-old is safe.

Who is Peng Shuai?

She was the world number 1 doubles player in 2014, the first Chinese player to achieve a top ranking.

Ms Peng won the doubles titles at Wimbledon in 2013 and the French Open in 2014.

She was also a semi-finalist in singles at the US Open in 2014 and has played in three Olympics.

Ms Peng last played on the WTA Tour in February 2020 in Qatar.

What has she alleged?

Peng Shuai alleged in a lengthy social media post that a former prominent Chinese government official forced her to have sex with him several years ago.

She said she could not provide evidence to back her allegations and she had later had an on-off consensual relationship with the man, Zhang Gaoli.

The post was made on her verified account on Weibo, the leading Chinese social media platform, on November 2.

It was deleted about half an hour later.

Screenshots of the post were shared among WeChat groups and over iMessage, and searches for Ms Peng’s name on China’s tightly controlled internet surged after the posting.

He retired in 2018 and has largely disappeared from public life, as is usual with former Chinese officials.

Ms Peng’s accusation is the first against a prominent Chinese government official since the #MeToo movement took hold in China in 2018 before being largely tamped down by authorities the same year.

When was Peng Shuai last seen?

Ms Peng has not been seen or heard from publicly since the post was removed.

Her account on Weibo no longer allows comments, and no results turn up if people search for her Weibo account.

On Wednesday, Chinese state media outlet CGTN tweeted what it said was an email Ms Peng had sent to WTA chairman Steve Simon, who is also its chief executive.

“I’m not missing, nor am I unsafe. I’ve just been resting at home and everything is fine,” the email said.

However, Mr Simon said he doubted that Ms Peng actually wrote the email, which also said the allegation of sexual assault was untrue.

“The statement released today by Chinese state media concerning Peng Shuai only raises my concerns as to her safety and whereabouts,” Mr Simon said in a written statement.

“I have a hard time believing that Peng Shuai actually wrote the email we received, or believes what is being attributed to her.”

Besides CGTN, which is the English-language arm of state broadcaster CCTV, no other Chinese media outlet in Asia had reported the letter as of Thursday morning.

What has the reaction been?

The tennis world, including high-profile players, have come out in support of Ms Peng.

The WTA has called for a “full, fair and transparent investigation” into the allegations and demanded an end to the censorship of Ms Peng.

Mr Simon has also indicated the WTA may cut ties with China should the country not respond.

“The WTA and the rest of the world need independent and verifiable proof that she is safe,” he said.

“Peng Shuai must be allowed to speak freely, without coercion or intimidation from any source.”

The governing body of men’s tennis, the Association of Tennis Professionals (ATP), has also backed the WTA’s call for China to investigate the allegations of sexual assault made by Ms Peng.

In a statement to news outlet Reuters, the International Tennis Federation (ITF) said: “Player safety is always our top priority and we support a full and transparent investigation into this matter”.

In their posts to Twitter, both Williams and Osaka used the hashtag #WhereIsPengShuai, which has also been used by Williams’s coach Patrick Mouratoglou and American great Chris Evert

“I am devastated and shocked to hear about the news of my peer, Peng Shuai. I hope she is safe and found as soon as possible. This must be investigated and we must not stay silent. Sending love to her and her family during this incredibly difficult time. #whereispengshuai,” Williams wrote.

I am devastated and shocked to hear about the news of my peer, Peng Shuai. I hope she is safe and found as soon as possible. This must be investigated and we must not stay silent. Sending love to her and her family during this incredibly difficult time. #whereispengshuai pic.twitter.com/GZG3zLTSC6

“I was recently informed of a fellow tennis player that has gone missing shortly after revealing that she has been sexually abused. Censorship is never ok at any cost, I hope Peng Shuai and her family are safe and ok. I’m in shock of the current situation and I’m sending love and light her way. #whereispengshuai,” Osaka wrote.

“Honestly, it’s shocking that she’s missing, more so that it’s someone that I have seen on the tour in the previous years quite a few times,” Djokovic said after his win over Casper Ruud at the ATP Finals on Monday.

“It’s not much more to say than hope that she will be found, that she’s okay. It’s terrible … I can imagine just how her family feels that she’s missing.”

International Tennis Federation spokeswoman Heather Bowler said the governing body was in contact with the Chinese Tennis Association and was liaising with the WTA and the International Olympic Committee.

“Player safety is always our top priority and we support a full and transparent investigation into this matter,” Ms Bowler said.

“While we have not spoken to the player, we are in touch with the national tennis association in China (CTA) in the event they may be able to provide any further information or updates.”

The Chinese Tennis Association has not commented publicly.

China’s foreign ministry spokesman was asked on Thursday about Ms Peng’s whereabouts and whether China was concerned her case would affect its image ahead of the Olympics.

“This is not a foreign affairs matter, and I am not aware of the situation you mentioned,” Zhao Lijian said.

In a statement that same day, the International Olympic Committee said: “We have seen the latest reports and are encouraged by assurances that she is safe.”

A true love for safety