Will Vitamin B1 Scare Mosquitoes Away? 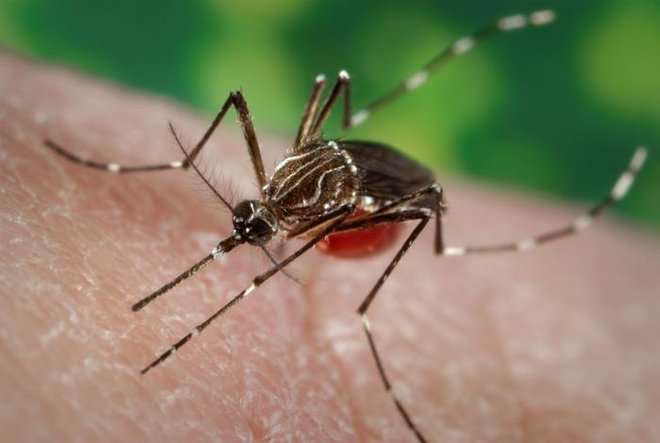 A serious issue for most of us during summer.

Some readers report that taking vitamin B1 (thiamine) can deter mosquito bites. Where mosquitoes carry disease, using a proven repellent would be wise.

Mosquitoes can put a real damper on enjoying the outdoors. When we were on our honeymoon, many years ago, we were camping in Grand Teton National Park. Even before we opened the car doors to set up our tent and camp stove, there were enormous mosquitoes hovering in large numbers to get a bite of our blood. Quite intimidating!

Why Are Some People Especially Enticing to Mosquitoes?

There seem to be significant differences among individuals with respect to how attractive mosquitoes find them. Some people start slapping biting mosquitoes the second they step outside, while others are rarely troubled at all.

A recent article at Smithsonian.com suggests several factors that may help explain this curious phenomenon. It turns out that blood type matters, and so does body temperature and the amount of carbon dioxide a person exhales. The microbial ecology of the skin may also have an effect on mosquitoes and their likelihood of taking a taste. Be wary at the backyard cookout: people drinking beer appear to be especially appealing to mosquitoes. 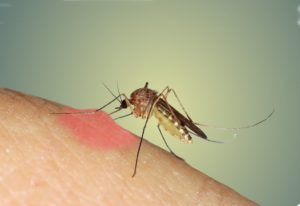 Does Vitamin B1 Scare Mosquitoes Away?

Q. I am a gardener and have always been a mosquito magnet. I read about vitamin B1 and have been taking it for several days. I just went outside this evening and didn’t get one bite! Usually they are all over me. I will continue to take B1 until cold weather.

A. There is almost no scientific research to support vitamin B1 (thiamine) against mosquitoes. That said, some readers report similar success. It may well be that thiamine works in conjunction with some of the other individual factors to make certain individuals less appealing.

We heard before from an individual who had good luck like you do:

Q. I have found vitamin B1 to be an effective deterrent for mosquito bites. I was recently in an area where I got multiple mosquito bites daily that itched unbearably. I developed open sores from scratching in my sleep, even when I used Benadryl or hydrocortisone cream.

In less than a week of taking vitamin B1 (500 mg per day), I have not had any more bites. I know there are studies that say vitamin B1 has no value for deterring insect bites, but my experience convinces me otherwise.

A. Thank you for sharing your testimonial. Some other readers have also found taking vitamin B1 (thiamine) helpful against mosquitoes. The research we have found, however, indicates that this vitamin is not effective as a systemic mosquito repellent (Journal of the American Mosquito Control Association, June, 2005). We could find no more recent research on the effects of thiamine against mosquito bites.

Another reader used B vitamins as a repellent in quite a different way:

Q. I was hiking high in the Canadian Rockies and the black flies were voracious. I didn’t have insect repellent with me because mosquitoes, fleas and other critters never bite me. I think that’s because I take B-complex and garlic, among other supplements, and they don’t like that.

Increasingly vexed by the black flies, I finally appropriated a B-complex 100 mg tablet I had with me. I smushed it up with some creek water, and then rubbed the bright yellow liquid all over myself. END OF PROBLEM! I admit, though, that I did look a bit jaundiced. What do you think about the efficacy of B-complex or other supplements in repelling bugs?

A. We love your story, but we’ve never heard of anyone else using vitamin B pills topically. With no studies, we wouldn’t dare venture a guess about effectiveness.

There was some preliminary research on thiamine, a B vitamin, taken orally to repel mosquitoes. Since it was conducted many decades ago, however, it would not meet today’s scientific standards and newer research has not confirmed the benefit. Nevertheless, some readers swear that this nutrient keeps mosquitoes from biting them. 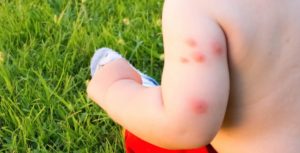 Individual body chemistry seems to have an important effect on whether and how well this remedy works. Most people need to apply a proven mosquito repellent such as DEET, picaridin or lemon eucalyptus oil. That is particularly true in places where mosquitoes may be transmitting malaria, Zika virus or West Nile virus. Although DEET sets the standard for repellents and has for decades, there are concerns about toxicity, especially if it is being used for extended periods or at high concentrations.

We have written here about mosquito repellents. It turns out that different species are more sensitive to one repellent than another (Travel Medicine and Infectious Diseases, Nov-Dec., 2013). That might explain why some people find taking thiamine helps, at least under certain conditions. Adding vanillin to mosquito repellents can extend the amount of time they are effective by about two hours.