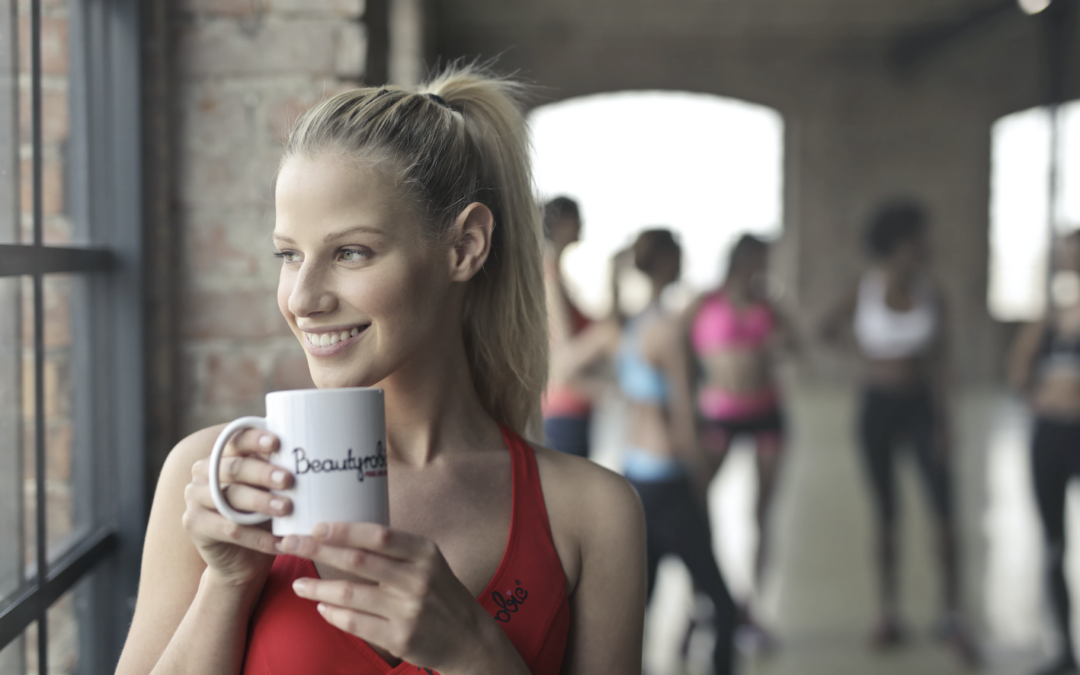 If you’ve been anywhere near social media lately, then you’ve likely heard of proffee. And yes, it’s exactly what it sounds like: protein (milk or powder) plus coffee. While not exactly new, the trend has seen a resurgence thanks to social media platforms like TikTok, where there have been about 113,000 views attached to the hashtag of the same name.

More than just another trendy food craze, though, as a runner, proffee might just be an easy way to get two things runners love in one tasty sip. The best part: How you make it is entirely up to you. 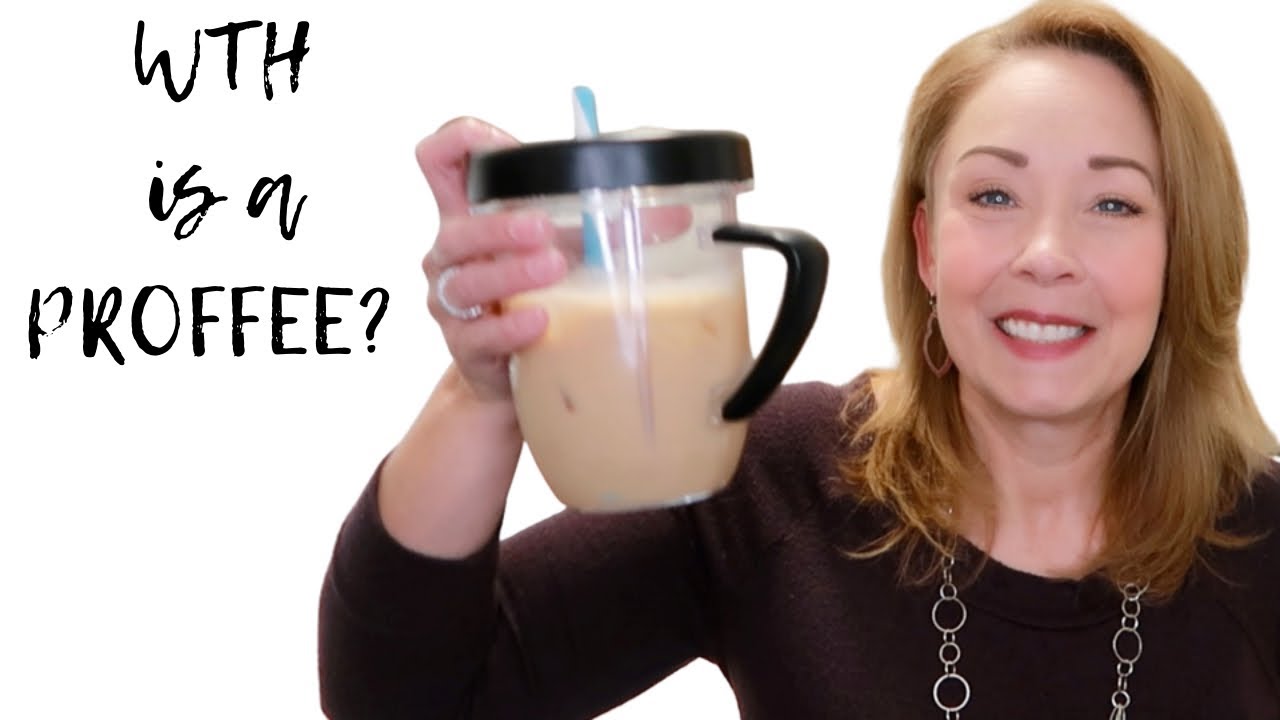 The Case for Proffee

Postrun, you want something that replenishes and repairs tired muscles. Protein does just that. “Consuming protein is important for keeping muscles strong and to prevent a decrease in muscle mass,” says Carissa Galloway, a registered dietitian and nutritionist, (who just so happens to be the daughter-in-law of Jeff Galloway,yes that Jeff Galloway!). She notes that protein also contains the amino acid leucine, which stimulates muscle-building and recovery.

“Proffee can be a convenient, quick way for runners to get the protein they need after a workout and start that important recovery process.” And since coffee is such a big part of many runners’ day-to-day routine—especially morning runners—the inclusion of protein feels like a no-brainer.

You’ll first want to evaluate how much protein you’re already eating, says Cynthia Sass, RD, CSSD, an LA-based sports and performance nutritionist.“If you tend to fall short, adding protein to coffee may be a way to help fill a gap,” she says. “For most active people, a protein goal of 0.25 to 0.40 grams per kilogram of body weight four to five times per day is ideal.” Keep in mind, though, if you are an endurance runner (hello marathoners!), you may need to up your daily intake. According to the International Journal of SportNutrition and Exercise Metabolism, a range of 1.3 to 2.4 grams of protein per kilogram of body weight is better.

You also don’t want to overdo it with the protein because our bodies can only absorb so much in one sitting. Depending on the type of milk or pre-made protein drink you add and the amount, Sass says, proffee itself could suffice as your postrun recovery snack. In other words, if your proffee has 20 grams of protein, you don’t also need eggs or Greek yogurt.

Sass says that you also need to take into account the carb-to-protein ratio. You want to be in the 3:1 ratio range, which is “about 60 grams of carbs and 20 grams of protein in that first post-training performance meal,” she says. “A protein coffee alone won’t provide that, but it could be part of the meal if the overall meal is balanced and whole food-focused to replenish nutrients beyond protein.” (Think: a small bowl of oatmeal with a banana plus proffee.) That’s why it’s key to look at all of the ingredients, not just the protein content, she says.

What You Should Avoid

When to comes to choosing your protein source— there are plenty on the market, including high-protein milk, pre-mixed protein shakes, and powders among others—you want to steer clear of added sugars. Put into foods for flavor, these sweeteners, when consumed in large quantities, can wreak havoc on your health, leading to weight gain, higher cholesterol and blood pressure, and an increased risk of cancer, diabetes, and heart disease. In fact, a 2014 JAMA study revealed that added sugar consumption was directly linked to an uptick in cardiovascular disease mortality.

The problem: Added sugars are often hiding in plain sight. They “can not only be hidden but can also have ‘hidden names,’” explains Galloway. “Keep your eyes open for things like evaporated cane juice, dextrose, or HFCS. I also try to avoid certain artificial sweeteners, like aspartame.”

Galloway also recommends avoiding additives that could cause digestive upset or an allergic reaction. “For example, if you are allergic to legumes, then you should keep an eye out for milks that include locust or carob gum,” she says. “Other additives, like guar and xanthan gum, even pea protein itself, can cause digestive issues, so I always recommend just listening to your body and feeding it what feels best.” 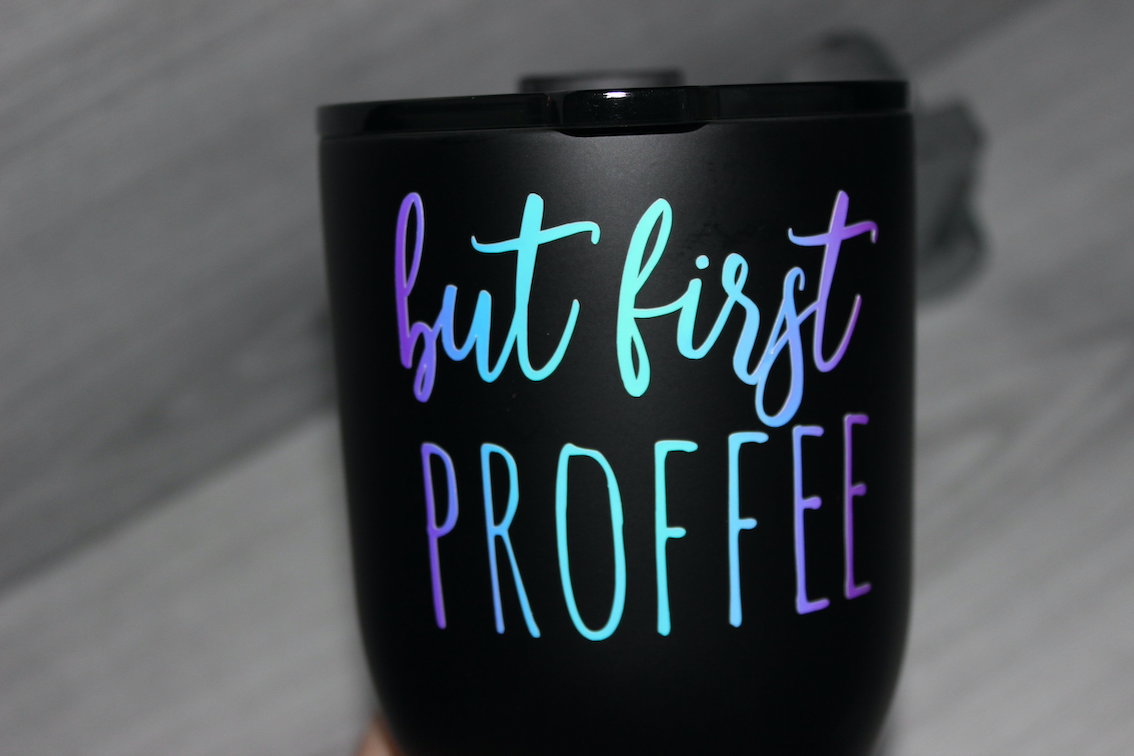 Should You Drink Proffee Before or After a Run?

Due to the high protein content, proffee makes for a good recovery drink after logging miles, but it could also be treated as a prerun source of fuel. “Consuming protein before and after working out enhances recovery,” says Erika Villalobos-Morsink, RD, a clinical sports dietician.

Research backs this up. When men were split into two groups, one taking a preworkout protein shake and the other a postworkout shake, it was found that after three weekly workouts for 10 weeks, there was no real difference in the muscle strength or size between the two groups. Researchers suggest that the optimal window for protein consumption is wider than immediately following a workout.

Plus, caffeinated coffee is known as a performance enhancer, giving you a bit of a boost in the pace and distance departments. With this in mind, Villalobos says that you want to time your proffee so you get the caffeine benefits, noting that 3 to 5 milligrams of caffeine per kilogram of body weight is a safe range. “Consume it 30 to 60 minutes before the event, she says. “You start to notice the effects 30 minutes after, but your blood levels of caffeine are highest 60 minutes after.”

Villalobos also notes that not everyone can tolerate this combination of protein with coffee, and might be sent running to the bathroom instead. Galloway on the other hand says that “if coffee on an empty stomach causes a quick rush to the bathroom, then boosting coffee with protein, which boosts feelings of satiety, could delay that rush to the restroom.” As with any nutrition changes, it’s best to test it out. Galloway suggests trying proffee before a shorter run, a run where you know you’ll have ample places for restroom breaks on your route.

The bottom line: There is no real downside to proffee as long as you keep balance rather than excess in mind and your stomach agrees. Plus, proffee is convenient, customizable, and it fits seamlessly into your day (Galloway says non-coffee drinkers can even swap coffee for brewed chia tea). So for once, it turns out, social media isn’t all hype on this nutrition trend.

A true love for coffee